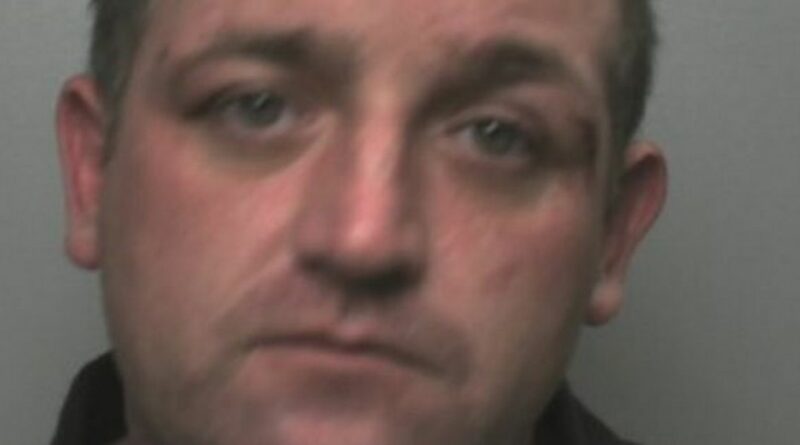 A drunk man who went by the name Mickey Mouse urinated in his prison cell after he was arrested for attacking emergency workers.

Staffordshire Police took Rowley into custody after the force was called to an address in High Lane, Burslem, in June 2019 to a report that damage had been caused.

Rowley was immediately arrested and taken by police car to Northern Area Custody Facility in Etruria.

During the ride, he started spitting in the back of the car and "kicked out at a door," prosecutor David Jackson told Stoke-on-Trent Crown Court. Mr Jackson said: "In custody he kicked out at a door. An officer warned him about his conduct. He refused to hand over a lighter and an officer had to forcibly remove it from his grip.

"He was placed in a cell and he urinated on the floor. He slipped and cut his left eyebrow. He was bleeding. Paramedics attended and tried to clean up the defendant. He refused the treatment."

Rowley then launched an attack on two cops who were escorting him to an ambulance, stamping at their feet.

The 36-year-old continued to be abusive while in the back of the ambulance, Mr Jackson told the court, spitting an threatening to smash a paramedic's face in.

Mr Jackson said: "He threatened to smash the paramedic's face in.

"He cleared his throat as if to spit on him and the paramedic put his hand out to prevent him doing so.

"His spit missed and hit the wall next to the paramedic."

At the hospital, the defendant refused medical treatment and was taken back into custody.

He was bailed but failed to attend court on August 6, 2019 and remained at large until police attended an address in Chell Street, Hanley, on September 24, 2020.

When police arrived, Mr Jackson was found drunk and when asked his name replied, Mickey Mouse."

Mr Jackson said: "He said he knew he was going to be locked up because there was a warrant out for him. He was arrested and handcuffed.

"His son returned and assaulted an officer. The defendant intervened and said, 'Get off my son', and tried to hit the officer.

"A female officer used parva spray and grabbed the back of his belt to pull him off her colleague. The defendant pushed her against the wall and punched her several times to the face. He picked up her baton and held it in the air as if to strike. She sprayed him again.

"The male officer used his baton to strike the defendant causing him to drop his colleague's baton."

Mitigating, Sahil Sinha, said alcohol was behind the defendant's offending.

Rowley pleaded guilty to five charges of assaulting an emergency worker, racially aggravated threatening words or behaviour and failing to answer to bail.

He told Rowley: "Police and paramedics carry out a difficult job. They provide an important service protecting the public.

"All of those involved in this case were simply trying to do their job. Your behaviour on both occasions was obnoxious. Emergency workers are entitled to the protection of the courts.

"You were at large for 13 months. I treat that as a deliberate attempt to evade justice."

4 in 5 British Columbians support a federal ban on single use plastic: poll