Home » Politics » ‘No thanks!’ Remoaner Lord Adonis savaged for declaring that UK would now vote REMAIN 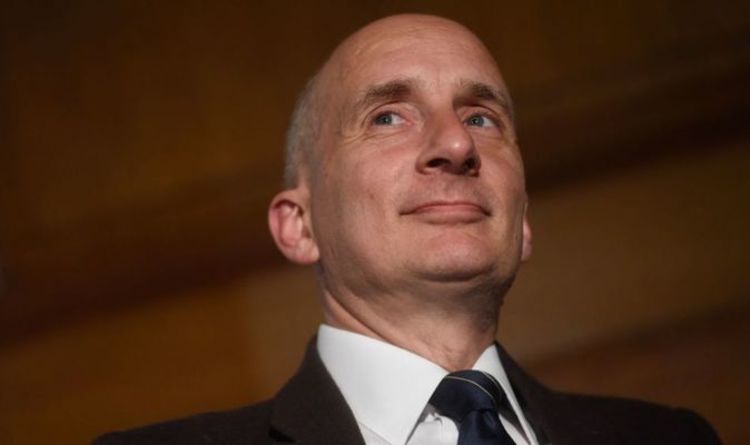 Brexit: France ‘doesn’t have a weapon to use’ says commentator

The ardent remainer simply wrote “rejoin” alongside a retweet of a Savanta Com Res poll which said a majority of Brits would now vote to re-enter the EU. It claimed that should a referendum be held tomorrow, 53 percent of people would vote in favour of rejoining the bloc while 47 percent would opt to stay out.

“We’d like to rejoin the EU. Yes, close to half the country is still committed to Brexit.

Peter M. Gatliff wrote: “Hope they’re not being paid the same wages from 17 years ago like employees being paid today.”

Jason Barnett said: “No thanks.

“That would mean cheap European labour again in my industry (haulage),therefore driving down wages which would mean lower standard of living for me and my family.”

Another Twitter user called Vítor wrote: “It’ll be funny when they realise we’d be readmitted in very different terms than we had before.”

The poll represents a four point hike for remain compared to the 2016 referendum – when the UK backed leave by 52 percent to 48 percent.

Analysing the results Chris Hopkins, political research director at Savanta ComRes, said the sharp rise in UK adults now wanting to join the EU shows a number of issues linked to Brexit over recent months are now starting to take their toll.

He warned the high level of support among younger voters to rejoin the EU, as well as the high percentage who would now back a referendum, “indicates that the Brexit story isn’t going away any time soon”.

Mr Hopkins said: “Five years on from the Brexit referendum, this polling suggests a country that is equally divided, but with the momentum shifting towards a majority who would now vote to re-join the EU.

“Indeed, a four point rise since June of those who say they would vote to become a member again is striking.

“This indicates that issues such as disrupted supply chains and spats with fellow European leaders over fishing and vaccines may have cut through, although the results are still on a knife-edge.

Mr Hopkins added: “While many feel like the issue is best put to bed, the high levels of support for re-joining amongst younger voters, as well as the significant proportion who would back having such a referendum in the first place, indicates that the Brexit story isn’t going away any time soon.

“And, if it were to happen, all eyes will be on those who did not vote in 2016 and younger voters who may have not had the opportunity to, who are both overwhelmingly in favour of the UK becoming a member again.”

Can Labour resolve its antisemitism crisis?