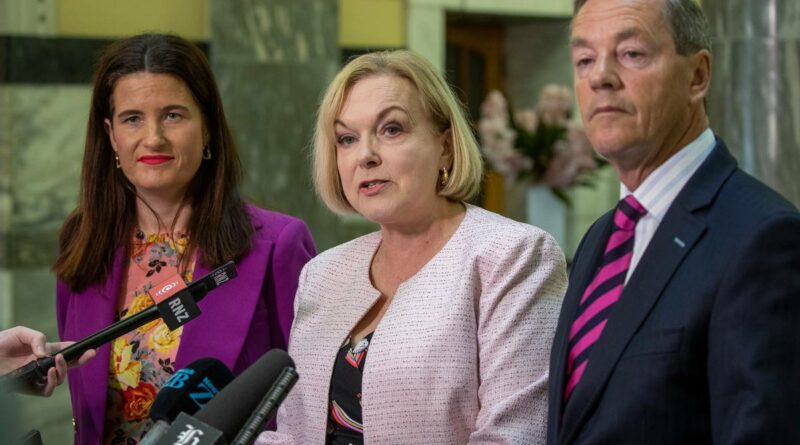 The National Party needs to improve Māori representation and recruit higher quality talent across the board following a review of its recent failures, a report has found.

The report, obtained by Newshub, combines recommendations based on a post-election review and a review by former National Party leader Jim McLay dissecting the party’s structure and governance failures.

National leader Judith Collins has responded to the report this morning saying there was “nothing new in it”.

Collins said the document with recommendations for party members to discuss was sent to thousands of National members ahead of the regional meetings.

Among the key recommendations in the report were improving both the party and caucus leadership, invigorating membership and engagement, growing a talented and diverse caucus, improving recruitment, developing new policies and having a better online presence.

The party leadership process needed a “re-think” and more support and training need to be given to ensure “existing leaders set the right example”, the report published by Newshub said.

The inclusion of Māori also needed to be urgently addressed including embedding the Treaty of Waitangi into the party’s constitution and standing in the Māori seats.

But the diversification of the party would extend beyond Māori seats and National planned to have a more diverse and representative membership, caucus, candidate and board.

To do this it needed to develop a plan to recruit diverse talent, the report found.

It also questioned whether it needed to appoint a Māori director to its board.

Last month Collins admitted the internal review of the party was a “challenging and difficult” read.

Collins told The AM Show it was not just about Māori voices, but the whole party needed to listen to its members.

The party did not believe in quotas, but did believe in merit, she said.

“I think it is absolutely crucial that the National Party like this country does not go down the path of quotas looking at people based on their ethnicity, or their gender, or their age, rather than looking at what they bring to the table.”

She said there was nothing wrong with asking how to get people with a different range of talents, but rejected suggestions they would appoint someone solely based on ethnicity.

“We already have a very talented bunch. When I look at us compared to the Labour Party there ain’t much diversity there, is there?”

A better relationship between the caucus and the party was also needed with calls for the senior whip to be more involved, the report found.

National’s board – also tipped for an overhaul – needed to be more involved in future leaderships early on rather than signing it off after caucus had appointed its new boss.

More succession planning for new leaders was also suggested and there should be more of an emphasis in getting the party vote.

National’s websites and other social media channels were also in need of a revamp with focus on selling New Zealanders an alternative vision.

McConnell: Congress in ‘holding pattern’ due to Trump veto threat