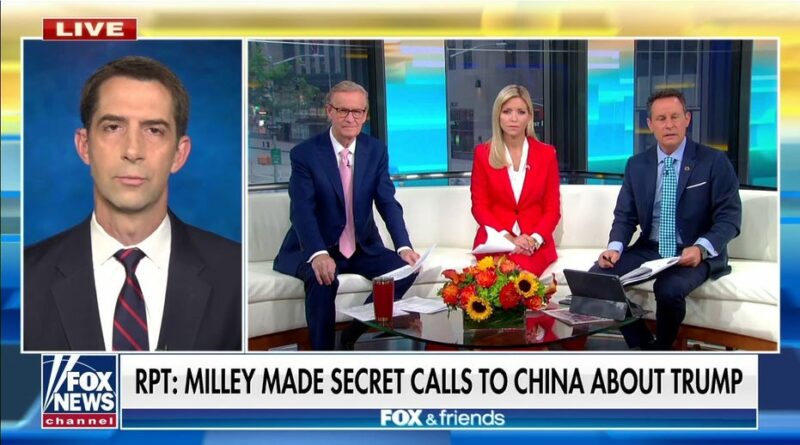 Sen. Tom Cotton, R-Ark., is calling on Secretary of State Antony Blinken to explain why he was not present at a meeting regarding the planning of the Afghanistan withdrawal in May.

“The Biden administration held an Afghanistan withdrawal rehearsal in May, but Tony Blinken didn’t attend,” the senator tweeted Thursday along with a press release. “Where was @SecBlinken during this exercise?”

Cotton said in a statement that he sent a letter to Blinken demanding answers on his whereabouts during the meeting.

“It has come to my attention that, on May 8, 2021, the Biden administration held an exercise for principals to rehearse the plan for withdrawal from Afghanistan,” Cotton wrote “The exercise was reportedly attended by the top military leaders responsible for the Afghanistan withdrawal, along with White House National Security Advisor Jake Sullivan, CIA Director William Burns, U.S. Agency for International Development Administrator Samantha Power, and Ambassador to the United Nations Linda Thomas-Greenfield.”

“Conspicuously, you reportedly did not attend the exercise,” he continued. “You also did not send your top deputy, Wendy Sherman. Instead, you sent the third-ranking official at the Department of State.”

The State Department did not immediately respond to a request for comment from Fox News.

The Biden administration has been widely criticized by both sides of the aisle for its chaotic withdrawal from Afghanistan, which cost the lives of 13 U.S. service members who were killed during a terrorist bombing outside the Kabul airport.

Top Pentagon officials blamed the State Department this week for not beginning evacuations of civilians from Afghanistan sooner, calling the efforts “chaotic” while defending the “skill and leadership” of U.S. troops during a hearing before the House Armed Services Committee on Wednesday.

Pressed on why evacuations did not begin sooner, Defense Secretary Lloyd Austin said it was a “State Department call.”

“We provide an input, as I said in my opening statement, to the State Department,” Austin said, explaining, though, that officials were “being cautioned” by the Ghani administration that “if they withdrew American citizens and SIV applicants at a pace that was too fast, it would cause a collapse of the government that we were trying to prevent.”