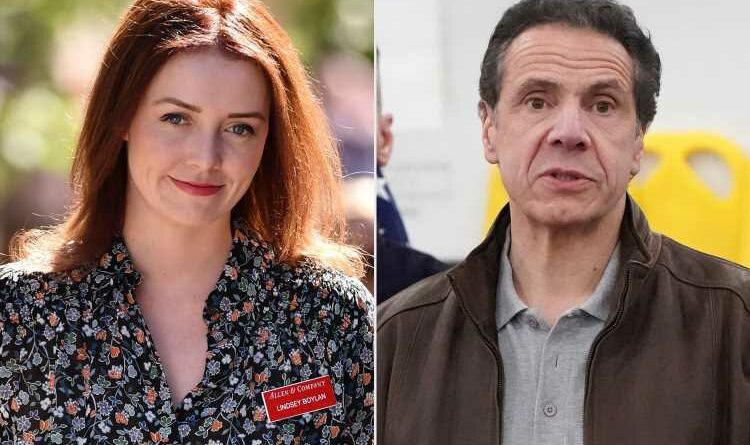 Two months after initially accusing New York Gov. Andrew Cuomo of sexually harassing her, former aide Lindsey Boylan is expanding on her account for the first time — speaking out in detail about how, she says, Cuomo mistreated her, including kissing her after a meeting.

Boylan expanded on her story in a lengthy post published on Medium on Wednesday.

"There is a part of me that will never forgive myself for being a victim for so long, for trying to ignore behavior that I knew was wrong. The Governor exploited my weaknesses, my desire to do good work and to be respected," she wrote. "I was made to believe this was the world I needed to survive in."

Cuomo and his aides have vigorously denied Boylan's account.

"As we said before, Ms. Boylan's claims of inappropriate behavior are quite simply false," spokeswoman Catilin Girouard said in statement on Wednesday.

Cuomo told reporters in December: "I fought for and I believe a woman has the right to come forward and express her opinion and express issues and concerns that she has. But it's just not true."

In her post this week, Boylan — who worked for the Cuomo administration from 2015 to 2018, most recently as deputy secretary of economic development and a special adviser to Cuomo — alleged that he "created a culture within his administration where sexual harassment and bullying is so pervasive that it is not only condoned but expected."

"Telling my truth isn't about seeking revenge. I was proud to work in the Cuomo Administration. For so long I had looked up to the Governor," Boylan wrote. 'But his abusive behavior needs to stop."

She first alleged misconduct by Cuomo in a series of tweets in December, writing that he "sexually harassed [her] for years."

"Many saw it, and watched. I could never anticipate what to expect: would I be grilled on my work (which was very good) or harassed about my looks. Or would it be both in the same conversation? This was the way for years," Boylan wrote.

"Not knowing what to expect what's [sic] the most upsetting part aside from knowing that no one would do a damn thing even when they saw it. No one. And I *know* I am not the only woman," she tweeted.

At the time, Boylan did not go into detail about the alleged harassment and tweeted that she had "no interest in talking to journalists" about the matter.

In her post on Wednesday, she wrote of the media interest after her initial tweets last year.

"As messages from journalists buzzed on my phone, I laid in bed unable to move. I finally had decided to speak up, but at what cost?" she wrote.

Boylan began working in New York government in 2015, as executive vice president of the state's economic development arm and was later the chief of staff there.

Among her claims about Cuomo's behavior in her post on Wednesday, Boylan wrote that he made a "crude comment" about playing strip poker during an October 2017 flight aboard his government plane.

"He was seated facing me, so close our knees almost touched. His press aide was to my right and a state trooper behind us," she wrote in the post.

"'That's exactly what I was thinking,' I responded sarcastically and awkwardly. I tried to play it cool," she wrote." But in that moment, I realized just how acquiescent I had become." In a statement provided to PEOPLE by Cuomo's office, four people who say they were on the flight in question — John Maggiore, Howard Zemsky, Dani Lever and Abbey Fashouer Collins — denied such a conversation occurred.

"We were on each of these October flights and this conversation did not happen," their statement read.

The governor's office also provided manifests of all of Cuomo's October 2017 flights, saying there was "no flight where Lindsey was alone with the Governor, a single press aide, and a NYS Trooper."

Boylan, who launched a run for Manhattan borough president in November, wrote in her Medium post this week that she decided to come forward with her allegations in December after another former staffer told her "that she, too, had been the subject of the Governor's workplace harassment."

"Her story mirrored my own. Seeing his name floated as a potential candidate for U.S. Attorney General — the highest law enforcement official in the land — set me off," Boylan wrote.

In her Medium post, Boylan objected to what she describes as Cuomo's uncomfortable interest in her; his crude behavior around women (disparaging colleagues about their weight or ridiculing their romantic partners); and his physical harassment — how he "would go out of his way to touch me on my lower back, arms and legs" and kissed her on her lips as she was leaving a meeting.

She wrote that it traced back to when her boss "informed me that the Governor had a 'crush' on me" shortly after she first met Cuomo, in January 2016.

Boylan included in her post screenshots of emails and messages along with some of her remembrances, including one that she wrote was from Stephanie Benton, then the director of the governor's offices, dated Dec. 14, 2016.

After asking Benton to "please relay my thanks to the Governor" for letting her join an off-site work event, Boylan said she received an unusual reply in which Benton wrote that "he Governor suggested I look up images of Lisa Shields — his rumored former girlfriend — because 'we could be sisters' and I was 'the better looking sister.' "

After that, wrote Boylan, "the Governor began calling me 'Lisa' in front of colleagues. It was degrading." Boylan also includes a text conversation between she and her mother dated November 2016, in which she wrote that she didn't trust Cuomo, adding that he was "being creepy" and "has a crush" on her.

She also detailed an instance in which she claims she was invited to the state capitol following a work holiday party by the "Governor's body person," who called her from an unlisted number to "[tell] me to come to the Capitol because the Governor wanted to see me."

Before she entered the building, Boylan wrote, she called her husband: "I told him I was afraid of what might happen. That was unlike me. I was never afraid."

Upon entering the governor's office, Boylan said Cuomo allegedly showed her around as she tried to "maintain [her] distance."

"He paused at one point and smirked as he showed off a cigar box. He told me that President Clinton had given it to him while he served as the Secretary of Housing and Urban Development," Boylan wrote. "The two-decade old reference to President Clinton's affair with Monica Lewinsky was not lost on me."

Boylan wrote that Cuomo did not touch her during the incident because he "must have sensed my fear because he finally let me out of the office."

In her post, Boylan wrote that she expected to be targeted by Cuomo over her story.

In December, she wrote, "Parts of a supposed confidential personnel file (which I've never seen) were leaked to the media in an effort to smear me."

After Boylan's initial accusation, the Associated Press reported it had obtained "personnel memos written in 2018" that "indicate that Boylan resigned after she was confronted about complaints about her own office behavior."

According to the AP's reporting, the administration's ethics officer, Julia Pinover Kupiec, wrote that several women issued complaints to the Empire State Development's human resources department stating that "Ms. Boyland [sic] had behaved in a way towards them that was harassing, belittling, and had yelled and been generally unprofessional."

In a meeting with government officials, including governor's top lawyer, Boylan was "counseled" about the issues, the AP reported, and she resigned soon afterward.

Boylan wrote Wednesday: "I'm compelled to tell my story because no woman should feel forced to hide their experiences of workplace intimidation, harassment and humiliation — not by the Governor or anyone else." 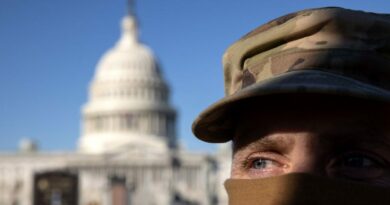