Both briefs were filed in Dobbs v. Jackson Women’s Health Organization, a case the Supreme Court plans to hear later this year concerning the constitutionality of pre-viability abortions. If the justices side with the anti-abortion movement, the landmark decision in Roe v. Wade would essentially be voided and states would be free to restrict abortion at every stage of pregnancy, upending nearly 50 years of protections for access to the procedure.

“Today’s action is another step closer to overturning Roe v. Wade and securing the precious gift of life for an untold number of children,” McMaster said in a statement Thursday. 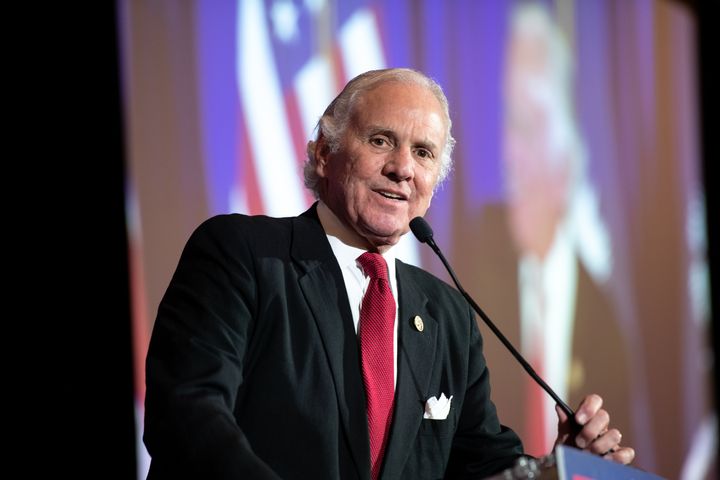 The brief argues that Roe v. Wade ― which determined that patients must be able to seek abortions without excessive government restriction ― is an “unwarranted intrusion into the sovereign sphere of the States” and that giving the power back to states would be effective at “deescalating tensions on this divisive topic.”

That’s unlikely. Recent polls have found that more than 60% of Americans support full abortion access in the first trimester of pregnancy ― a protection several of these governors have tried to eliminate by signing legislation that effectively bans abortion halfway through that period. Some 57% of respondents said abortion should be legal overall in all or most cases — 76% of Democrats and 36% of Republicans.

The second amicus brief came from GOP members of Congress, including 44 from the Senate and 184 from the House. In it, they argue that lawmakers are “ready and able” to legislate around abortion in ways that are “grounded in the science of fetal development and maternal health.”

But doctors say that’s untrue, noting that many attempted abortion bans rest on completely unscientific claims. The wave of “fetal heartbeat” laws are based on an arbitrary timeline, and the indicator they focus on is not actually a heartbeat, medical experts say. Other abortion laws severely limiting which providers can perform abortions hinge on a fallacy of abortion being a dangerous procedure, they’ve also noted. In reality, abortion has a very low risk of complications, even lower than that of a wisdom tooth removal.

Local elections 2019 today: How to vote as polling stations open – do you need a poll card