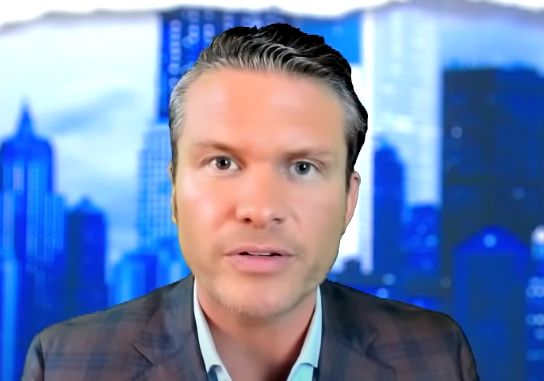 Fox News’ Pete Hegseth drew condemnation Thursday for springing to the defense of the violent mob of Donald Trump supporters who stormed the U.S. Capitol, suggesting they were not raging conspiracy theorists but people who “love freedom” and free markets.

Hegseth, appearing on Thursday morning’s broadcast of “Fox & Friends,” was asked by host Brian Kilmeade what’s next for the MAGA movement if “this is the calling card they are leaving us with.”

“Well, the movement is obviously defined by far more than one day,” responded Hegseth, who has repeatedly lavished praise on the president during Trump’s time in office.

He then quoted a person he said he talked to at Trump’s pre-riot rally: “I’m a born-again American. I have been reawoken to the reality of what the left has done to my country. This is not Donald Trump only. This is what he has exposed.”

Check out the video here:

Hegseth said the pro-Trump crowd was “not conspiracy theorists motivated just by lies.”

“That’s a bunch of nonsense that people want to tell us,” he claimed.

Instead, Hegseth argued, “these are people that understand first principles, they love freedom and they love free markets and they see exactly what the anti-American left has done to America.”

“I wasn’t surprised by what happened yesterday,” Hegseth added. “I’m not saying it’s OK, but I wasn’t shocked. I recognize that people feel like the entire system is rigged against them.”

Twitter users were disgusted by Hegseth’s apparent defense of the mob:

A Levels fiasco: Gavin Williamson ordered to act to repair damage ‘fighting for his job’

How to vote: What time can you vote until? How is the election going? Election update