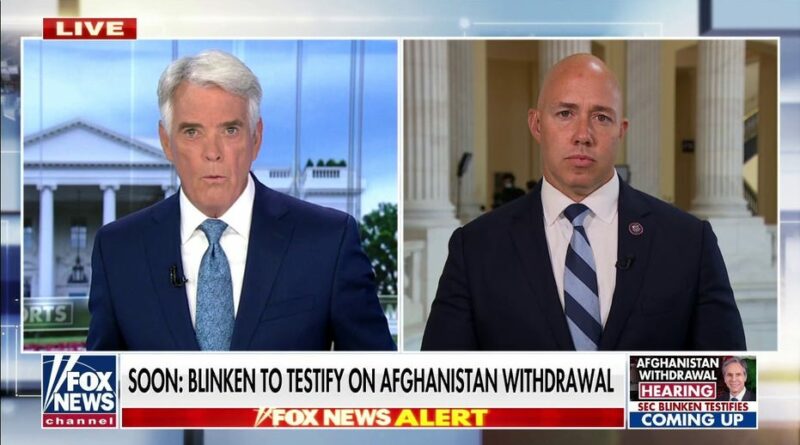 A GOP congressman erupted at Secretary of State Antony Blinken during his hearing in front of the House Foreign Affairs Committee, saying Congress does not “need to hear lies.”

Rep. Brian Mast, R-Fla., who lost both of his legs while serving in Afghanistan, got into a heated exchange with Blinken as the congressman’s allotted time to question the secretary of state drew to a close.

Mast slammed the administration’s handling of the withdrawal, pointing to Biden’s controversial leaked call with the former Afghan president, leading the Florida Republican to proclaim that he does not “believe a word” the secretary was saying.

“I don’t want to hear from the secretary,” Mast said. “He lies to us when he appears before us.”

“I don’t want to hear the secretary,” the congressman repeated himself. “We don’t need to hear lies.”

Mast also showed Blinken the pictures of the thirteen service members killed in the Kabul suicide bombing while reading their names, ages, and quotes from their families.

Republicans on the committee excoriated Blinken in his first of two hearings on the Biden administration’s botched withdrawal from Afghanistan. Multiple Republicans told Blinken he should resign.

Democrats, meanwhile, largely defended Blinken and the Biden administration during the hearing, with many Democrats blaming former President Donald Trump instead.

During the hearing, Blinken also said that, as of the end of last week, roughly 100 American citizens remain stranded in Afghanistan.

Houston Keene is a reporter for Fox News Digital. You can find him on Twitter at @HoustonKeene

Mike Bloomberg To Sell His Co. If Elected President: Reports