When Arizona Attorney General Mark Brnovich accused the Biden administration of failing to protect the environment in a recent lawsuit, it seemed like an unusual claim from a Republican better known for distorting climate science in legal briefs defending oil giant Exxon Mobil Corp.

That is, until you read what Brnovich considers the source of pollution: immigrants.

In a lawsuit filed April 12, Brnovich seeks to reinstate President Donald Trump’s immigration policies, on the argument that Biden has failed to carry out mandatory environmental reviews on how more immigration could increase climate-changing pollution.

“Migrants (like everyone else) need housing, infrastructure, hospitals, and schools. They drive cars, purchase goods, and use public parks and other facilities,” the suit reads. “Their actions also directly result in the release of pollutants, carbon dioxide, and other greenhouse gases into the atmosphere, which directly affects air quality.”

Using pro-environment arguments to defend anti-immigration views dates back decades, to a time when the environmental movement harbored a powerful faction of Malthusians who believed the preservation of nature merited harsh, even violent, restrictions on immigration and childbearing. That faction faded to the fringes over the years as the political right moved to championing both climate denial and hardened borders, and environmentalists marginalized any openly racist elements in their camp.

Now, Arizona’s lawsuit is one of the highest-profile examples of how the political right will shift on climate change as warming-fueled disasters mount and render denial an untenable position.

“As it becomes more and more difficult to deny that climate change is real and human caused, the Republican Party is going to need new strategies, especially if they have any hope of attracting a younger generation,” said John Hultgren, a professor of environmental politics at Bennington College in Vermont. “This is a potential strategy. It won’t do anything to help us mitigate or adapt to climate change, but it will give the thin veneer of an appearance that they care about climate change.”

The Specter Of ‘Ecofascism’

It is also a sign that a more nefarious ideological view could be making its way into mainstream politics: the idea that the response to ecological collapse and rising seas should be to limit who gets a seat in a finite number of civilizational lifeboats.

That view has already gained traction in Europe, where far-right parties are increasingly adopting that rhetoric as voters’ concern over climate change converges with anger at migrants. 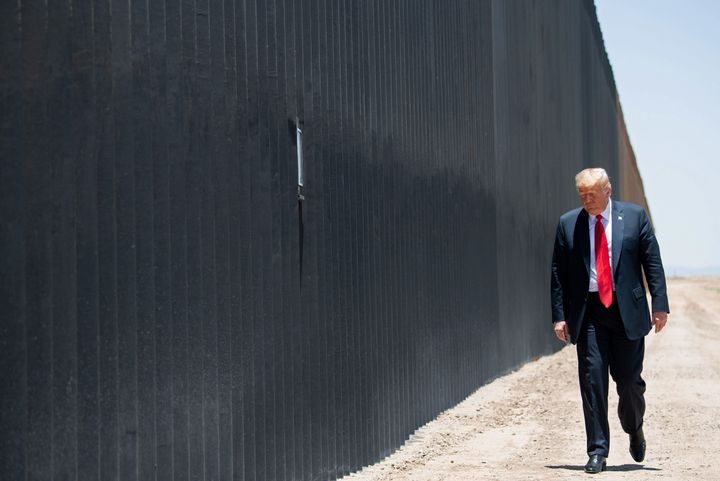 After green parties picked up votes in the 2019 European parliamentary elections, French far-right leader Marine Le Pen pledged to remake Europe as “the world’s first ecological civilization” and railed against “nomadic” people who “do not care about the environment” as “they have no homeland,” harkening to the Nazis’ “blood and soil” slogan that described a belief in a mystical connection between race and a particular territory. Le Pen is now a frontrunner in France’s 2022 presidential election.

In the English-speaking world, far-right eco-fascist thinking animated the manifestos of two mass shooters posted in 2019. The white male gunman who killed nearly two dozen people in a Walmart store in El Paso in August 2019 said he sought to end the “Hispanic invasion of Texas.”

“The environment is getting worse by the year,” the manifesto, posted online, stated. “Most of y’all are just too stubborn to change your lifestyle. So the next logical step is to decrease the number of people in America using resources. If we can get rid of enough people, then our way of life can become more sustainable.”

The document explicitly cited the 74-page message the gunman who killed 51 worshippers at two mosques in Christchurch, New Zealand, posted in March 2019. That shooter, a 28-year-old white Australian, thrice described himself as an “eco-fascist” motivated to repel waves of migrants fleeing climate change-ravaged regions of the world from Anglophone nations’ shores.

“It is shocking to see what was in the El Paso shooter’s manifesto described in more legalistic language in this suit by the Arizona attorney general,” said Alexandra Stern, a historian at the University of Michigan. “It’s leaning in toward ecofascism.”

‘These Arguments Have Long Existed’

But Hultgren expressed wariness about labeling the Arizona lawsuit as “ecofascism,” which he said conjures images of a foreign enemy in Nazi Germany. It also obscures what he called the rich history of American “right-wingers instrumentally appropriating nature to advance xenophobic goals.”

“When we call things ‘fascist,’ there’s a sense that it’s outside the American political norm,” he said. “In reality, these arguments have long existed.”

The most vocal proponents of using environmental concerns to oppose immigrants have been the so-called Tanton Network, a collection of more than a dozen anti-immigration groups founded or funded by John Tanton, a rich opthamologist from Michigan. A one-time national leader in the Sierra Club, Tanton, who died in July 2019, “believed that the root cause of environmental destruction is overpopulation by the wrong sorts of people” and that “to protect both nature and the nation, one must preserve white supremacy by keeping immigrants out,” Betsy Hartmann, a researcher who studies ecofascism at Hampshire College, wrote last year in the Columbia Journalism Review.

“It’s a Tanton Network strategy,” Hartmann said of the Arizona lawsuit. “This is a blatant first act on the national stage of this legal strategy.”

Indeed, the Center for Immigration Studies, which Tanton founded in 1985, trumpeted the lawsuit as “an important stand for the American environment.”

“Arizona is the first state to sue, but we can hope that it will not be the last,” wrote Julie Axelrod, the group’s litigation director and a former adviser to the Trump administration’s Environmental Protection Agency. “The environmental consequences of immigration have never been more apparent.”

Axelrod pioneered the strategy with a 2016 lawsuit against the Obama administration’s Department of Homeland Security, which she accused of violating “our nation’s preeminent environmental law, the National Environmental Policy Act (NEPA), by completely failing to perform environmental analysis of its legal immigration and amnesty policies, which have directly led to the entrance and permanent settlement of tens of millions of foreign nationals to the United States.”

A federal judge dismissed most of the claims in 2018.

What The Science Actually Shows

The effects of climate change, meanwhile, are already plaguing Central America, where many migrants to the U.S.’s southern border originate. Two of last year’s named 30 Atlantic hurricanes made landfall over the region, wreaking havoc with devastating floods and winds in what scientists said was a sign of a warmer future. Historic droughts parched hillsides in Guatemala, Honduras and El Salvador, incentivizing rural villagers to make the dangerous trek north to the regional superpower and world’s largest economy. Between 1.4 million and 2.1 million people in Central America and Mexico are likely to be displaced from their homes by 2050 due to the impacts of climate change, according to a 2018 World Bank report. 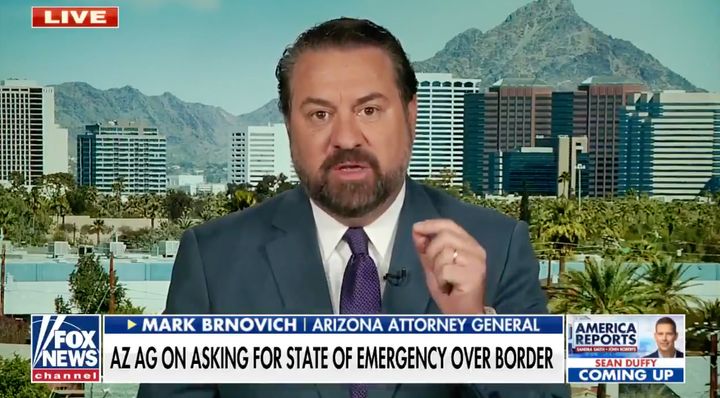 The United States produced nearly 30% of the carbon dioxide emissions currently accumulated in the atmosphere, by far the largest share. Today, the U.S. is the second-largest emitter of planet-heating gas after China and has the fourth-highest per capita emissions rate.

But research does not support the idea that immigrants increase pollution.

In a 2011 study published in the journal Population Research and Policy Review, scientists analyzed federal pollution data in 183 different metropolitan areas and determined “that immigration does not contribute to local air pollution levels across any of the seven pollution measures examined.”

Taking that a step further, a January 2021 study in the journal Population and Environment looked at state-level data from 1997 to 2014 and concluded that “immigration may indeed yield environmental benefits and that environmental quality may represent an important factor or amenity influencing immigration flows.”

A Center for Immigration Studies spokeswoman declined an interview request for Axelrod.

In an appearance on “Fox & Friends,” Brnovich, whose office did not make him available for an interview, said he was simply opting to use the same flexibly interpreted law “the left always uses to stop highway projects and airport reconstruction.”

“We are saying that by stopping the wall construction, they’re violating NEPA because it’s allowing more and more people to come into this country ― migrants ― and that’s having a devastating impact on our environment,” Brnovich said. “It’s also impacting the increased population, which will have all sorts of impacts down the road.”

“Environmentalists have been trying to push it outward for half a century,” Gerrard said. “So it’s not surprising to see the right attempt to push it as well.”

Stern said the future of this kind of rhetoric within the Republican Party could depend on whether the Arizona lawsuit proves successful in federal court.

“It’s not clear where this is going,” she said. “But ultimately rhetoric that identifies certain groups of people as pollutants is dehumanizing, and dehumanization is a key component and often the first step toward greater violence toward those groups.” 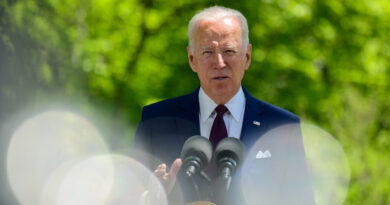