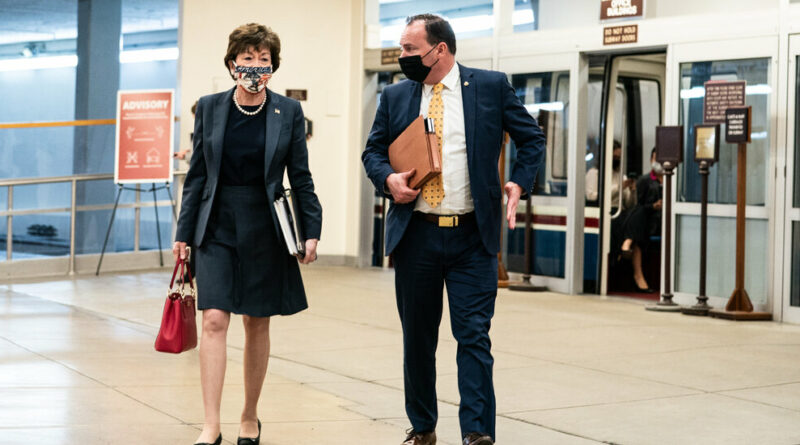 Senator Mike Lee of Utah, a conservative Republican, suggested on Tuesday that former President Donald J. Trump be given a “mulligan” for exhorting an angry gathering of supporters to march on the Capitol on Jan. 6.

Mr. Lee, appearing on Fox News, was asked if he thought Mr. Trump’s speech was “different” from comments made by Democrats encouraging their backers to confront Republicans, as the show’s hosts played video clips of Democrats including Speaker Nancy Pelosi and Senator Cory Booker of New Jersey.

“Look, it is not different,” Mr. Lee said, hours before Mr. Trump’s second impeachment trial began in the Senate.

None of the Democrats’ statements aired by Fox resulted in violence.

A mulligan, in golf, refers to the informal practice of allowing an opponent to take a second shot after an errant first swing without incurring any penalty on the official scorecard.

Mr. Lee’s comments drew an angry response from Jaime Harrison, the new chairman of the Democratic National Committee. “Mulligan?! Several died. Hundreds injured. Threats were made to murder the Vice President of the US and the Speaker of the House,” Mr. Harrison wrote on Twitter. “Our nation’s Capitol Building was desecrated. Senator this is not a damn golf game!”

Mr. Lee, who served as a clerk for the conservative Supreme Court justice Samuel Alito, has argued that the impeachment article brought by House Democrats was not permitted under the Constitution. He said he would vote for acquittal regardless of evidence presented at the trial.

An email to Mr. Lee’s spokesman requesting an explanation of his remarks was not immediately returned. But some of his defenders on social media said that he was making a larger point about the need for civility in both parties.

As an example of what he viewed as a recent transgression, Mr. Lee singled out Representative Alexandria Ocasio-Cortez, Democrat of New York, for “making it personal” when she recently took a swipe at his ally, Senator Ted Cruz of Texas.

“As individuals, I think most of us, nearly all of us, really like each other. There is, however, a palpable degree of contention on certain issues,” Mr. Lee said. “And I think one of the antidotes to that really is more debate and discussion.”

‘We must have action now on desperate refugees’

Bloomberg to spend at least $100M to help Biden in Florida