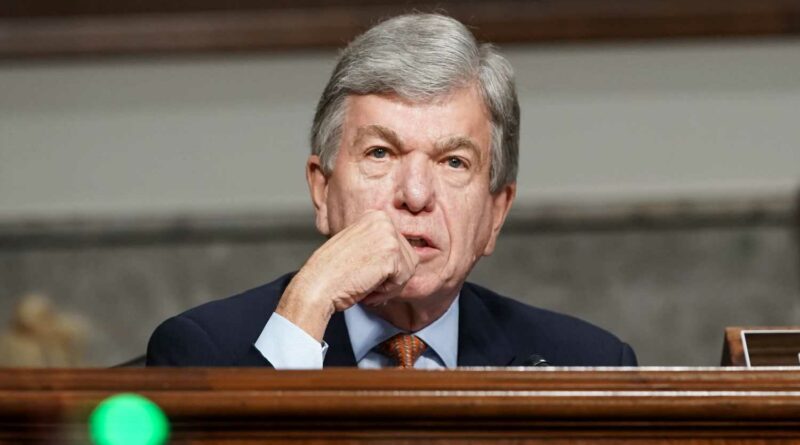 Republican Sen. Roy Blunt of Missouri on Sunday urged the Biden administration to cut its $2 trillion infrastructure plan to roughly $615 billion and focus on rebuilding physical infrastructure like roads and bridges.

In an interview with Fox News Sunday, Blunt – the fourth-ranking Republican in the Senate – argued that only 30% of the president's proposal focuses on traditional infrastructure and said reducing the price would allow the White House to pass the bill through both chambers of Congress.

"I think there's an easy win here for the White House if they would take that win, which is make this an infrastructure package, which is about 30% — even if you stretch the definition of infrastructure some — it's about 30% of the $2.25 trillion we are talking about spending," Blunt said.

"If we'd go back and look at roads and bridges and ports and airports, and maybe even underground water systems and broadband, you'd still be talking about less than 30% of this entire package," he added.

"I think 30% is about 615 or so billion dollars," Blunt said. "I think you can do that and with some innovative things like looking at how we're going to deal with the electric vehicle use of the highway system, what we can do with public-private partnerships."

Biden has said that he wants bipartisan support for the plan, but the chances are slim. Republicans have staunchly opposed any tax hikes, arguing they could hinder economic recovery. Republicans have also criticized the package for including initiatives that extend beyond traditional infrastructure issues.

"I'm going to fight them every step of the way, because I think this is the wrong prescription for America," McConnell said at a news conference on Thursday.

Democrats would need to use the budget reconciliation process to pass the bill on their own unless the White House changes the proposal to satisfy Republicans or 10 Senate Republicans break with McConnell.

The Biden administration passed the $1.9 pandemic relief package in March without a Republican vote through budget reconciliation and could take a similar approach with infrastructure.

Energy Secretary Jennifer Granholm said on Sunday that she hopes the proposal passes with bipartisan support, but added that Biden is prepared to use reconciliation without Republicans.

"So much of this includes priorities that Republicans have supported, so I hope that Democrats and Republicans can be on the final vote 'yes' on this package," Granholm said during an interview on CNN.

Brian Deese, director of the National Economic Council, said on Sunday that Biden's infrastructure plan is key to spurring job growth as the country recovers from the coronavirus pandemic.

"Let's also think for the longer term, about where those investments that we can make that will really drive not just more job growth but better job growth," Deese said in an interview with Fox News. "Not just job growth in the short term but job growth for long term, by investing in our infrastructure."