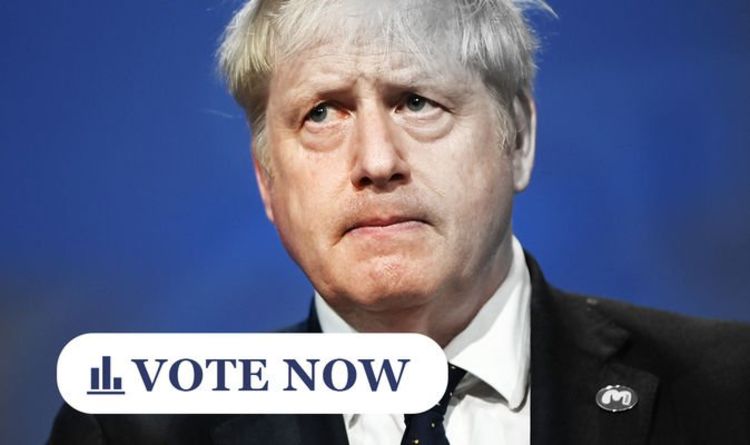 On Wednesday, the Prime Minister announced his plan to “fix” the social care system and get the NHS back on its feet post-Covid by introducing a 1.25 percent hike in National Insurance. A day later, MPs voted by 319 to 248 in favour of the policy, whilst 37 Conservatives did not vote.

The rise is expected to raise £12billion per year and will be used to clear NHS waiting lists in the first three years, and will later switch to reforming social care.

The Institute for Fiscal Studies has said the rise in National Insurance contributions, which will come into effect from next April, will officially rank as the highest tax burden that the British people have ever sustained.

Mr Johnson pledged that the tax would be carried out “in a way that is right and reasonable and fair”, but dozens of MPs have challenged his intentions, arguing that he has chosen to tax ordinary families rather than the rich.

“But instead of making them pay more, the Tories are raising National Insurance, hitting low paid and young workers the hardest.

“Social care should be funded with a wealth tax, not a tax on the working class.”

Richard Burgon, MP for East Leeds, argued: “If we put a 10 percent tax on the wealth of those with over £100m, we would raise £69 billion.

“A wealth tax is how we should fund much-needed investment in social care – not a hike in National Insurance contributions that will hit the lowest paid.”

Tax Justice UK found support for higher corporation tax amongst Conservative voters, leaped from 61 percent in March to 74 percent in June 2020, and 75 percent of Conservatives supported a mansion tax on homes worth over £2 million.

There has been a wave of disappointment from older Tory voters who are shocked that Mr Johnson has decided to extend National Insurance tax to pensioners too.

An Express reader commented: “Not listening to immigration concerns, undoing the triple lock on pensions and now increasing National Insurance, even for pensioners who do not pay it once they have reached pensionable age; means the Tories are riding for a fall.”

Many Conservative MPs did not approve of raising taxes full stop and said the move was “un-conservative”.

Former minister Steve Baker said: “Now the Conservative Party, at some stage in our lifetimes, is going to have to rediscover what it stands for because I have to say, at the moment we keep doing things we hate, because we feel we must.

“Down that road there is ruin. We all know that eventually, as a socialist you run out of other people’s money.”

Peter Bone, a senior Conservative MP, added: “This is what Labour would be doing in power – so why are we doing it as the Conservatives?”

Jeremy Corbyn, alongside leader of the opposition Sir Kier Starmer and deputy leader Angela Rayner, all stood against the tax on ordinary families and instead demanded a wealth tax.

During PMQs, Sir Keir furiously argued: “We do need to ask those with the broadest shoulders to pay more, and that does include asking much more of wealthier people including income from stocks, from shares, from dividends and from property.

“Instead, the Government is placing the primary burden on working people and businesses struggling to get by.”

Sir Keir drew the stark comparison between how a tenant and a landlord will be unevenly affected by the new tax rise.

He said: “A landlord renting out dozens of properties won’t pay a penny more, but their tenants, working in full time jobs would.”

Some MPs defended Mr Johnson’s decision, saying it was a hard choice that had to be taken.

Lord Lamont, who was a member of Thatcher’s Cabinet in the Eighties and served as Chancellor in Sir John Major’s government, said the global pandemic had left Mr Johnson with little choice but to break his manifesto pledge not to raise taxes.

He said: “Extraordinary times call for difficult decisions – and it is just such a decision that has been taken by Boris Johnson.”

Receive the news that matters to you from the Houses of Parliament and around the world. Sign up for the free politics newsletter here: /newsletter-preference-centre

Lord Lamont continued: “Indeed, I believe that it is one that as radical a prime minister as Margaret Thatcher would in the end have supported.

“She used to say that sound finance and cutting borrowing came first – before tax cuts.

“Make no mistake, as a lifelong Conservative, I believe the object of government is to keep taxes as low as possible and that money is most efficiently spent and most productively used when it is in the hands of the citizen and not the Government.”

Do you agree? Will the Tory party lose power now Mr Johnson has decided to tax ordinary people over the rich? Or do you think it was a choice that had to be made? Let us know what you think in the comments section. 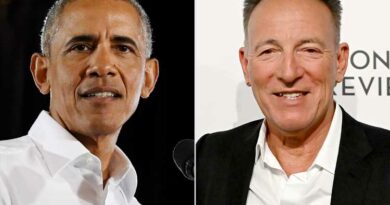 Obama and Springsteen's Friendship Includes Their Wives, Too: 'Michelle and Patti Hit It Off'

Movie theaters are reopening. We asked an expert if it's safe to go

Brexit POLL: Juncker claims EU are guilt free so who do you blame for the mess?