Home » Politics » When will the train strikes end? 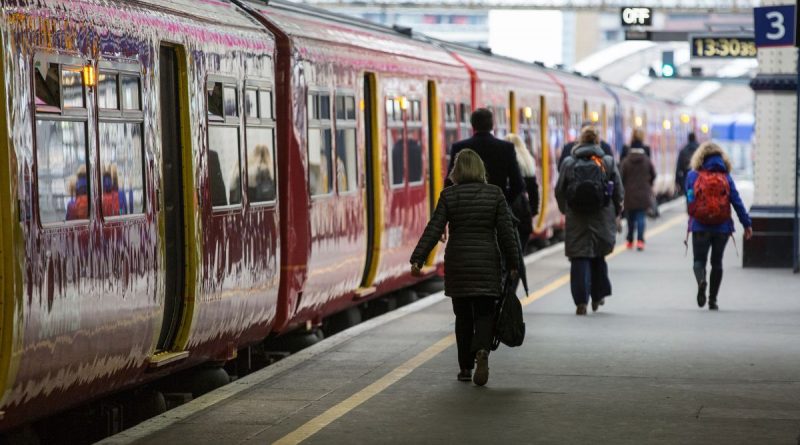 Train strikes: Britons urged to prepare for week of disruption

There are fears the rail strikes could continue for months if railway workers are not satisfied with the salary and working conditions offered. The first of three days of strike action starts tomorrow, when staff at Network Rail and 13 train operators leave their posts.

RMT general secretary Mick Lynch warned on June 7 that the union would embark on a “sustained campaign” until its demands were met.

Union bosses were determined to earn concessions from train companies and were prepared to “shut down the railway system” entirely.

The RMT union stressed that it has a mandate for strike action for six months following a vote in May.

That could see chaos on Britain’s railways until Christmas if workers refused to keep trains running.

RMT members could push for further strike action if talks are not considered to be satisfactory by union bosses.

Mr Lynch explained that right now it is likely that the strike will continue past this week.

He told the i: “That may have to be the way that is, I hope that’s not the case, but there doesn’t seem to be much evidence at the moment that it’s going to go any other way.”

Further strikes would hit British businesses hard as staff have started moving back into offices around the country.

Network Rail said in May that strike action would be “disastrous for our industry’s recovery and would hugely impact vital supply and freight chains.”

Income on railways dropped £8.6 billion during the pandemic when passenger numbers plummeted, according to the Office of Rail and Road.

That figure increased after Britain re-opened and the Government’s legal restrictions were lifted earlier this year.

The action would impact several key events in the calendar, including school exams and Glastonbury festival which starts on Wednesday.

DON’T MISS:
Why are there train strikes? Union demands explained in full [INSIGHT]
Train strikes: How to claim compensation [TIPS]
Brexit ‘leaves Brits with nothing’ as airlines use immigration loophol [ANALYSIS]

Transport Secretary Grant Shapps was critical of union bosses and urged them to reconsider striking.

He wrote on Twitter last week that strikes “should be the last resort” and called for vital changes to the railway network to bring it up to modern standards.

Train companies will run reduced services this week as missing staff will lead to delays and cancellations.

Widespread disruption is expected on most lines and trains are preparing to deal with large numbers of passengers trying to use a barebones service.