Home » Politics » ‘Who are you talking to!?’ Irish PM loses it after BBC’s Sophie Raworth shames Brussels 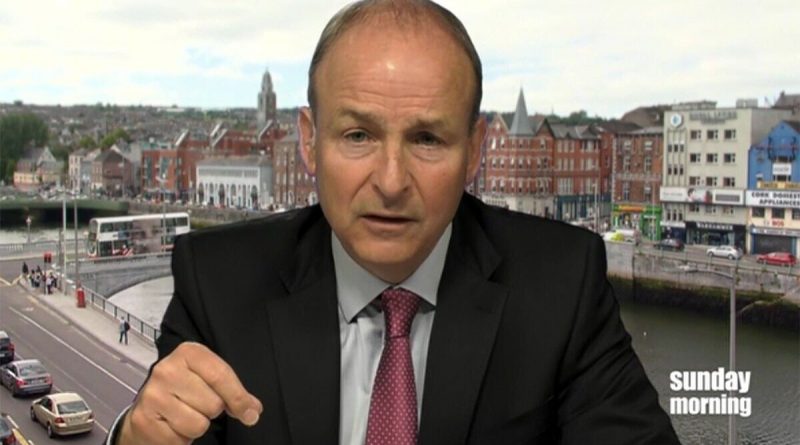 Irish Taoiseach Micheál Martin snapped at BBC host Sophie Raworth after she shamed the European Union’s stance in its row with the UK. Ms Raworth called out the possibility of a trade war as an empty threat from the EU, before bashing Brussels for “inflexibility”. The BBC host also defended the UK’s right to override parts of the Northern Ireland Protocol, much to the ire of Mr Martin.

Ms Raworth said: “You have said that what the Government is doing is illegal by acting unilaterally.

“But Article 16 allows for unilateral action if there are serious economic or societal harms or a diversion of trade and that is what is happening in Northern Ireland.

“I mean, Stormont is paralysed!”

Mr Martin fired back: “There is no economic harm that is happening that would justify Article 16.

“The EU has proven its flexibility and produced proposals for a compromise with the British Government.”

JUST IN: Nigel Farage points to three signs of Brexit backtracking in warning

He explained: “Charles Michel and von der Leyen want a resolution, so let’s get down to it.

However, Ms Raworth shut down this argument, saying: “You say how flexible the EU has been, but Northern Irish businesses don’t want the NI protocol to be fully implemented.

“The EU says it has to be fully implemented, that is not flexible, is it? Business does not want it to be implemented!”

Mr Martin snapped, saying: “Who are you talking to? I’ve met the businesses and they are very concerned with the British Government’s actions.”

The BBC host then called the EU’s bluff over a potential trade war, saying: “There is not really going to be a trade war is there, given the cost of living crisis and war in Ukraine?”

The Taoiseach warned the UK was risking “economic vandalism”.

This comes after the European Commission started action in retaliation for the Government’s move to scrap parts of the Northern Ireland Protocol.

It is also resuming proceedings against the UK that were shelved to ease talks on post-Brexit trade.

Downing Street hit back, saying the PM was “disappointed” by the EU’s move.

The Government has two months to respond before the case goes to the European Court of Justice.

Collusion, obstruction of justice, redactions: How the Mueller report uses these legal terms