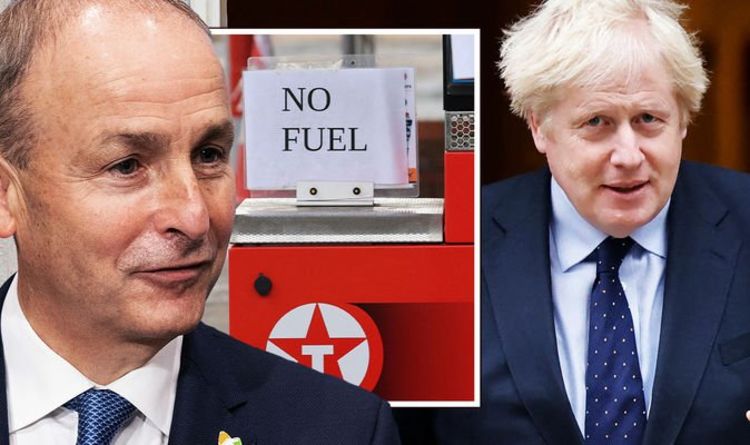 And in a frank assessment of the ongoing disruption which is unlikely to endear him to UK Prime Minister Boris Johnson, Micheal Martin also said Brexit was a major contributory factor. Despite warnings from hauliers that Ireland is facing a shortage of between 3,000 and 4,000 lorry drivers, Mr Martin said: “We’re steady as she goes.”

Speaking from the Europort in Rosslare, Co Wexford on Friday (October 1), he explained: “Suffice to say from my briefings over in the port and here that the preparations that Ireland put in in advance of Brexit have worked.

“And it was done against a fairly tight timeline.

“Now there are wider issues, more than just Brexit afoot, within the UK.

“I’m not so sure the same preparations have occurred in the United Kingdom.”

Mr Martin added: “I think the migration issue within the UK, the decision to, for example, create obstacles and barriers to people coming from Europe to work in the UK is a factor across the board. We don’t have that here.”

Mr Martin insisted Ireland would “take nothing for granted” while highlighting the need for more training courses and programmes for HGV drivers and the haulage industry.

He stressed: “We need to be flexible in terms of people coming in to Ireland to want to work in this sector.”

Asked if he believed Ireland could avoid the situation seen in the UK, where driver shortages have seen petrol pumps run dry and left supermarket shelves empty, Mr Martin insisted: “Yes, that is our ambition, that is our determination. Yes, we can.”

He said: “As far as we’re concerned, we’re not getting the same impacts as are currently happening in the UK.

“There’s no doubt that the bounce-back of the European economy and the global economy in terms of COVID-19 has created a whole lot of disruption to supply chains.

“So to be fair to everybody, there’s a broader issue than just Brexit.

“But I think the Brexit situation has exacerbated the situation in the UK, in terms of personnel for HGV drivers and so on, and indeed other sectors of the UK economy.”

Mr Martin added: “We don’t have that sort of issue here.

“We’re part of the European single market, the free movement of people and so on.

“That’s a help to us in respect of any shortages that arise in certain sectors.”

Many British petrol stations were still dry on Friday after a chaotic week that has seen panic-buying, fights at the pumps and drivers hoarding fuel in water bottles after an acute shortage of truck drivers strained supply chains to breaking point.

Shortages of workers in the wake of Brexit and the Covid pandemic have sown disarray through some sectors of the economy, disrupting deliveries of fuel and medicines and leaving up to 150,000 pigs backed up on farms.

British ministers have for days insisted the crisis is abating or even over, though retailers said more than 2,000 petrol stations were dry.

The Petrol Retailers Association (PRA) said members reported on Friday that 26 percent of pumps were dry, 27 percent had just one fuel type in stock and 47 percent had enough petrol and diesel.

Gordon Balmer, executive director of the Petrol Retail Association, said: “Independents, which total 65 percent of the entire network, are not receiving enough deliveries of fuel compared with other sectors such as supermarkets.” 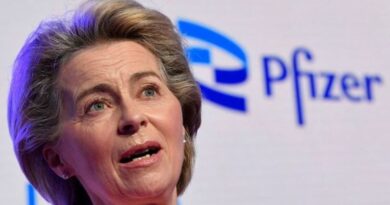 Don’t forget us! Europeans turn on VDL as she brags about giving away vaccines in PR stunt 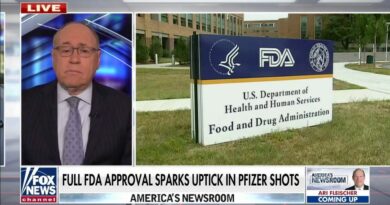 Fauci: 'Mu' COVID variant not an 'immediate threat' to Americans