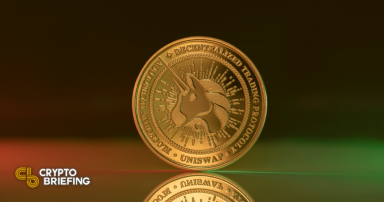 The controversial DeFi Education Fund, recently voted into existence following a Uniswap governance proposal, has come under fire for selling half of its UNI token grant. The sale was worth $10 million.

The newly formed DeFi Education Fund, which was established following a Uniswap governance proposal, has been criticized for selling $10 million worth of UNI tokens.

The $10 million had been allocated to the group as a grant from the Uniswap treasury; the group received a total of $20 million worth of UNI.

The recent sale has raised eyebrows across the crypto community after the group announced it had sold the tokens on Twitter. Some argued that it pointed to a lack of transparency as the community was not given prior notice of the transaction. Moreover, the

In a single transaction, half of all tokens allocated to the fund were sold off. Meanwhile, the community was not given prior notice about this transaction, outside of an announcement tweet. The move has been bashed by cryptocurrency experts for lacking transparency. Moreover, the announcement was posted on a suspiciously empty Twitter account with only one previous post and no avatar. The group sold 500,000 UNI tokens through Genesis Trading without providing any details on how the proceeds would be used.

Igor Igamberdiev, a Research Analyst at The Block, also pointed out that Larry Sukernik, one of the multi-signers for the DeFi Education Fund, sold $50,000 worth of UNI from his own wallet hours before the fund’s $10 million UNI sale.

The fund was proposed by Harvard Law Blockchain & FinTech Initiative (HarvardLawBFI), a student group at Harvard Law. The proposal asked for 1 million UNI tokens (worth $20 million at current prices) to create a non-profit entity that would defend the protocol from legal and regulatory threats. It also intended to use the money for DeFi education as well as lobbying efforts. On Jun. 1, the group said that it expected funds to be allocated “over 4-5 years,” something many critics have pointed out since the sale announcement.

HarvardLawBFI suggested that selling any allocated tokens would not have any adverse impact on the UNI price due to the likely vesting period. But as it sold half of the allocated tokens in one transaction, onlookers have raised questions over the group’s motives.

Uniswap is governed by a community of token holders who vote on various proposals. UNI holders voted in favor of creating the DeFi Education Fund last month. While the proposal passed, it’s become a topic of much debate. Critics say there was too much influence from large delegators over the protocol’s governance. Charlie Watkins, a member of the core team at Curve Finance, mentioned “opaque lobbying organisations” in reference to the group.

Chris Blec, a vocal opponent of the proposal and founder of DeFi Watch, told Crypto Briefing that the voting process was set up to represent the interest of venture capitalists. He said:

“The proposal largely passed due to votes from delegates who weren’t using their own voting power. They were hand-picked and delegated voting power by Uniswap VCs and team members.”

In fact, of the 37 million votes the proposal received, more than 10 million came from HarvardLawBFI, along with other student body groups that received voting rights from VCs, including Penn Blockchain (8 million), UCLA Blockchain (5 million).

Many crypto users have suggested that Uniswap is lacking in decentralization as investors like Andreessen Horowitz could effectively vote in proposals by using their voting power and enlisting the help of delegates. Hsaka, a popular crypto trader, has described Uniswap’s governance set-up as “decentralization theatrics” following the incident.

Analysts have long questioned Uniswap’s degree of decentralization. In September 2020, Glassnode found that due to delegate voting pools and a quorum of 4% of tokens required to pass a proposal, most UNI holders had very little voting power compared to the team and investors.

DeFi Education Group did not respond to requests for comment at press time.

Disclosure: Andre Cronje is an equity holder in Crypto Briefing. 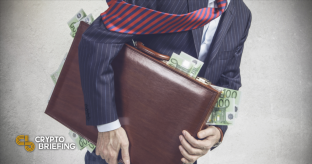