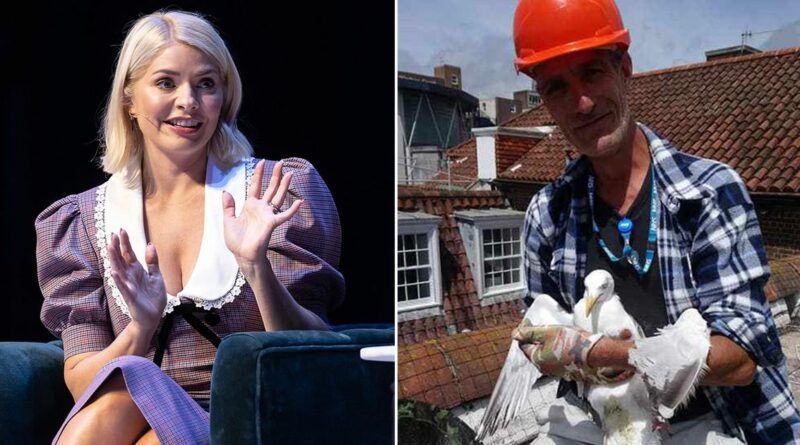 Around 150 rescue animals will be euthanised within weeks if a charity is not suddenly flooded with cash.

BirdAid has been warned that it has until November 27 to secure the fate of dozens of injured birds as well as homeless rabbits, guinea pigs and chinchillas.

Holly Willoughby, Zoe Ball and Chris Packham are just three of the stars to back the charity’s push for £170,000 needed to save the lives of its existing residents and countless more in the future.

The Brighton based organisation’s plight comes as a former trustee has made the "callous" decision to pull the plug on their donations and ask for their money back.

As a result BirdAid is set to lose its Hydeaway sanctuary which has taken in over 500 injured birds alone every year since 2013.

Staggering support from animal lovers has taken the charity’s desperate fundraising efforts to over £100,000, leaving them with two weeks to receive the vital difference.

A BirdAid spokesperson said: “On Nov 27th, Bird Aid in Sussex (The second of two wildlife charities) stand to be shut down owing to lack of financial support. This is owed to a former trustee who pulled out a year ago and has asked for his money back which has resulted in a long legal dispute

“This callous decision directly impacts upon autistic teenagers and adults and those with Learning Disabilities as they stand to lose their working site and employment on Nov27th.

“In addition, dozens of wild birds and other animals stand to be euthanized on Dec 1. These include rabbits, guinea pigs, ducks, pigeons, gulls and chinchillas.

"Their site is irreplaceable and it impossible to replicate their countryside location.

“The consequence is that dozens of wild birds stand to be neglected and left unrescued in the Brighton, Hove and Sussex area should this site fold.”

Other celebrities to have put their names to the cause include Angie Best and Eddie Kidd.

Speaking to Bird Aid, Eddie Kidd OBE said: "Anything we can do to highlight your cause is our pleasure. We have had a couple of gulls and I took them in, nursed them, and set them free a week later.

"We took two others to the vet and he gave them back to us to release again. We love our birds."

Holly Willoughby told the charity: "May our involvement go some way to help your cause. Stay strong and you will succeed. We must all learn to protect those who cannot help themselves."

Zoe Ball and Woody Cook added: "Donated with love. Thank you for all that you do."

Dedicated BirdAid volunteer Justin King warns it is not only those animals in line to be euthanised that will be killed off but future injured birds in Brighton too.

He told the Daily Star: "In the summer there can be 10 or 20 casualties a day.

"If this charity goes, it means leaving casualties where they. If we lose it there is nowhere else to take injured birds in the area."

Gulls may be a protected species in the UK but Justin says that has not stopped them being cruelly misunderstood and suffer an unfair reputation.

He continued: "That's why I choose to help them, because not many other people do.

"Also I have two that visit me, they bring me fish. They have been known to bring up things from the ocean, not necessarily things I'd like to eat like plastic which isn't great.

"But they interact with my cat and everybody else, they're very misunderstood birds I have to say and they've had a bad rap in the media I've had to say.

"We redress the balance, there are so many on the south coast that need saving."