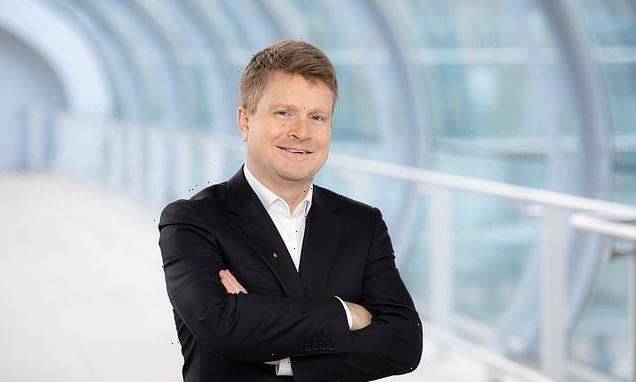 The boss of British Airways has called on the Government to reunite Britons with their families overseas by urgently opening up air travel to low-risk countries.

In a rallying cry to Ministers, Sean Doyle said data on vaccination and infection rates for countries including the US, Spain and Greece made a ‘compelling case’ for putting them on the green list for quarantine-free travel from early next month.

The BA chief executive said the six million British expatriates around the world were desperate to see their loved ones after ‘a very tough 14 months’.

He revealed that he had received letters from BA customers sharing what he called the ‘tragic human circumstances’ of being unable to fly abroad. 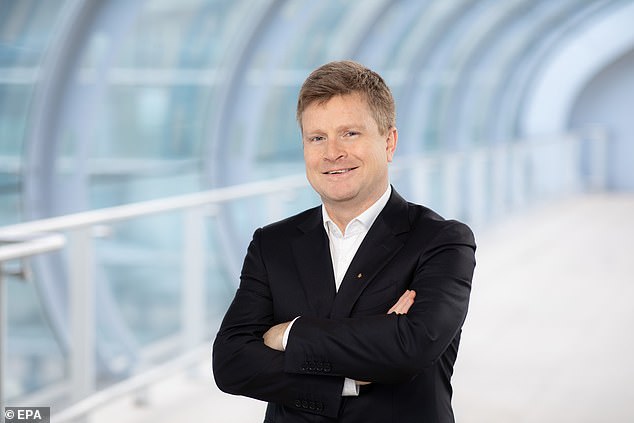 In a rallying cry to Ministers, Sean Doyle said data on vaccination and infection rates for countries including the US, Spain and Greece made a ‘compelling case’ for putting them on the green list for quarantine-free travel from early next month

Many were missing out on key family milestones such as the birth of a first grandchild or a parent’s funeral, he said.

Mr Doyle told The Mail on Sunday: ‘You’ve got people who have got elderly or frail parents they have been unable to see.

‘You’ve also got people who have suffered bereavements who haven’t been able to come back and grieve.

‘These are massively emotional situations people are finding themselves in, and I think as people get vaccinated, as infections fall, one of the things people want to do first is to get out and reconnect with loved ones.

‘When travel can be safely opened up, that’s something we would be very keen to enable.’ 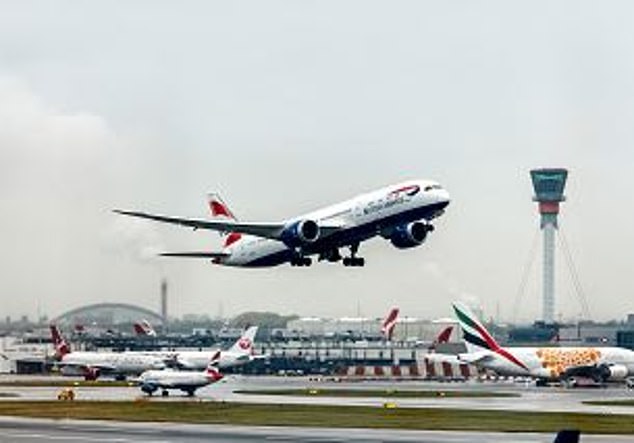 Many were missing out on key family milestones such as the birth of a first grandchild or a parent’s funeral, he said (file photo)

The sight of air stewards wheeling trolleys laden with in-flight meals and duty-free products down the aisle is a familiar part of summer holidays.

But the days of passengers being asked ‘chicken or beef’ are over on British Airways’ economy flights to Europe.

Travellers returning to the skies this summer will see fewer trolleys because BA customers are being asked to choose their food and duty-free goods online ahead of their flights.

The new pre-ordering system means fewer trolleys will needed on each plane for short BA flights to Europe, as they won’t need to carry as many meal options or perfumes as they did before the pandemic.

British Airways said the move will reduce the weight of aircraft, so they burn less fuel, and also cut food waste.

Tom Stevens, BA’s director of brand and customer experience, said: ‘The idea is that you are not flying around trolley-loads of perfumes and drinks. We are moving away from the traditional image of hostesses with their trolleys.’

Paul and Cathy Clarke are holding out for a travel corridor to the US so they can finally meet their first grandchild, Winnie.

The couple, from North Walsham in Norfolk, planned to spend a month in Philadelphia with daughter Aimee and husband Donald, both 32, when Winnie was born last July. But they had to cancel the trip and then a second attempt to fly to the States at the end of this month. They are now hoping restrictions will be lifted in time for their granddaughter’s first birthday on July 21.

Mrs Clarke, 64, said: ‘We saw Winnie take her first steps on Facetime. It was really upsetting.’

Mr Doyle said that on a personal level he was keen to see travel restrictions lifted to Ireland so he can visit his parents in Cork for the first time since October.

He is also calling for the UK to set up a travel corridor with the US through a bilateral agreement by the next travel review in the week leading up to June 7. Almost 60 per cent of US adults have received at least one jab, and 46 per cent have had both doses.

‘If we simply look at the data then the US would be on there. We encourage the US and the UK Governments to get round the table and make that happen because the case is very compelling.’

On Friday, Boris Johnson dampened travel hopes by warning that the threat of the Indian Covid variant meant the quarantine-free green list would not be expanded ‘very rapidly’.

The Prime Minister advised Britons to recognise the extra risk and to show a ‘spirit of caution’ about travelling abroad.

But Mr Doyle said the data on infections and vaccination rates shows that the Caribbean and some of the major European holiday markets could be added to the green list safely next month.

Germany, Spain and Greece were among those countries ‘trending very favourably’, he said.

‘The pace of vaccination in Europe has been picking up dramatically over the last couple of weeks and that should push a number of countries on to the green list as we get into June,’ he said.

‘For the economy to open up fully, we do need to enable travel to countries that are tracking in the same way as the UK.’