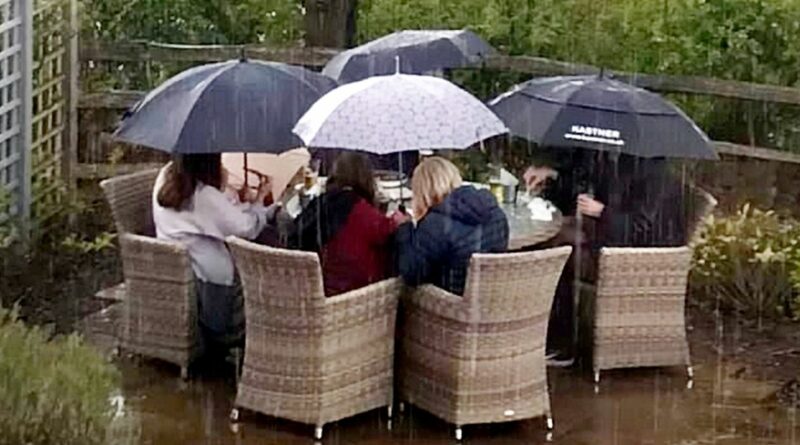 Brits should brace themselves to be lashed with seven days of rainstorms just as pubs reopen, the Met Office predicts.

The UK is facing one of the wettest Mays on record as torrential downpours and thunderstorms are set to batter many parts of the country this week.

Bolton was struck by knee-deep flash-flooding on Sunday night after UK forecasters predicted the wet weather may even continue all the way until June.

Now the country is warned of more heavy rain and thunderstorms across Britain – but luckily, pub-goers are allowed back indoors after over a month of enduring the wet weather in beer gardens.

Brits are told they can expect thunderstorms and hail in some areas on Monday.

Parts of England and Wales could see up to 30mm of rainfall in two hours, which is equivalent to half of May's usual average.

The Met Office said: “Scattered heavy showers developing again during the day, particularly across central and eastern UK with hail and thunder likely.

“Drier conditions expected across the north and west by afternoon.”

Temperatures could reach highs of 22C next weekend, however, forecaster Marco Petagna said this is unlikely.

He added: “Before that, temperatures could reach close to or above the average. Most likely it will be the mid to high teens – 17 or 18C.

“It looks unsettled for the next week or so. The next 10 days are quite mixed. That means showers and longer spells of rain.” 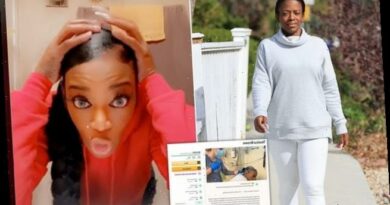 US officials say military drone ‘shot down over Yemen’