Babes in the Wood child killer Russell Bishop has been told he could have just weeks to live as he battles brain cancer in jail.

Bishop murdered Nicola Fellows and Karen Hadaway when they were just nine years old in a notorious attack in 1986, but escaped justice for 32 years.

The paedophile was diagnosed initially with bowel cancer which then spread to his brain.

While he underwent surgery to stop the growth of the disease, it was unsuccessful.

The child killer is said to have been “devastated” by the diagnosis and now is undergoing palliative care at HMP Frankland, County Durham.

Speaking to The Sun, a source said: “Bishop has weeks or, at most, months left and he is devastated by the diagnosis. His life is ebbing away and he is getting progressively weaker.

“But a lot of people think there is an element of karma to this and not many of the staff — nor some of the inmates — feel too sorry for him.

“I am sure the families of those he attacked and killed might feel there is some justice here as well.

“Bishop has never shown much remorse for what he did so people feel justified in not feeling much sympathy towards him.”

Bishop lured best friends Nicola and Karen to a secluded den in the city’s Wild Park where he then sexually assaulted and strangled them.

Their bodies were found the next day just a mile from both the girls' homes.

Bishop was caught but then in a cruel twist was cleared of the murders in 1987, after a series of blunders by police, forensic experts and prosecutors.

Within three years he went on to kidnap, molest and throttle a seven-year-old girl at Devil's Dyke and was jailed for attempted murder in 1990.

While serving in prison for that crime, he was ordered to face a fresh trial for Nicola and Karen's murders in light of a DNA breakthrough.

He was finally found guilty of the Babes in the Wood murders in 2018. 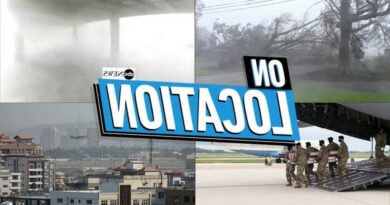 Chicago officer on desk duty after struggle with Black woman

Brecon by-election – why is it important for Boris Johnson's Brexit plans?