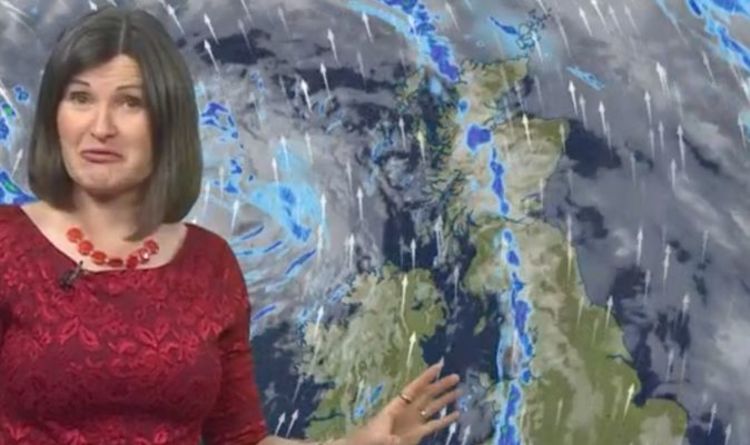 The meteorologist told BBC Breakfast that a change in wind direction could threaten the record-breaking warm temperatures that have begun the year. Ms Willets explained a new low-pressure front may see the UK’s record topping 15-degree highs replaced by heavy rain and strong winds. She warned that parts of the UK could see heavy bursts of rainfall and even the odd rumble of thunder to welcome in the new year.

“And we’ll keep this stint of really mild weather for today and then tomorrow a little bit as well.

“But temperatures do tend to ease away a little bit over the coming few days.

“It’s a change in the wind directions all to do with the wind direction so it’s the southwest at the moment coming right the way up from the tropics from far south of us, not just across ourselves but across much of Europe as well.”

The weather presenter continued: “But we have low pressure with us so it does mean that it’s a windy day tightly packed isobars and we do have some rain around not a great deal.

“This rain is pulling away from Scotland, through this morning and then it’s bands of showers and it’s quite a narrow band.

“But actually there could be some quite heavy bursts of rain on that as it moves through probably just an hour for most of us because there could be a rumble of thunder.

“Stronger winds today. There are notably for Scotland and Northern Ireland galeforce around the hills and the coast as well,” added Ms Willetts.

“We’ve got those showers coming in behind but a good deal of fine dry weather but it’s all about the temperatures 12 to 14 starting the day, picking up to between 14 to 16 Possibly the odd 17.

“The record for New Year’s Day is 15.6 and that stands for over a century actually set back in 1916 and mild and windy and with more rain through the coming night as well.

“So no sign of a frost these are more like daytime averages, the overnight temperature so another very mild day as we go into tomorrow as well.

The meteorologist said: “Probably not quite as mild today the rain whisked away.

“We’ve got some sunshine if you’re out for an early walk but then we’ve got rain coming in across England and Wales for a time.

“More showers coming to Scotland still a brisk wind as well here and for Northern Ireland.

“Temperatures 10 to 14 tomorrow that’s not quite as high, slightly switching our wind direction to more of a southwesterly then a south southwesterly, even more of a westley by the end of tomorrow. And then as we go into Monday we start see a subtle change with winds coming down from the north. So we’re going to get something colder by the end of Monday.”

What is Remdesivir? Gilead drug raises hopes of coronavirus cure as patients recover quickly – The Sun 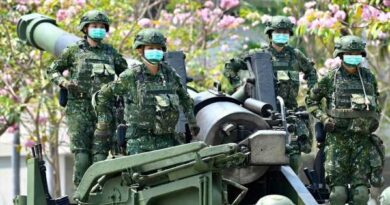