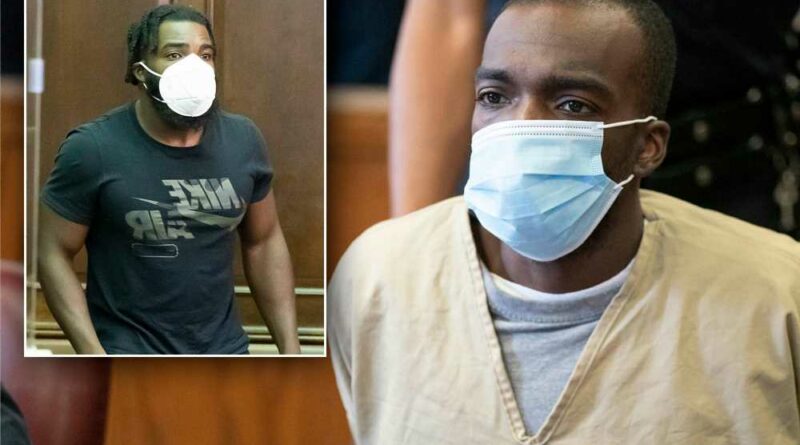 The brother of the man accused of shooting a 4-year-old girl in Times Square was released without bail Wednesday following his own bust for trying to rip off a tourist.

And prosecutors said there was nothing they could do about it — as none of the charges lodged against CD peddler Joshua Muhammad qualify for bail under the state justice reform.

Muhammad, the intended target when his brother allegedly wounded the youngster on May 8, was instead granted supervised release after being charged with strong-arming a tourist along with another man on Tuesday.

But prosecutors said Muhammad, 30, and a second man, Jamal Goode, 35, teamed up to rip off a tourist after selling him a CD around 3:30 p.m. in the Crossroads of the World.

Goode allegedly handed the victim a CD and asked for $10, which the tourist did, according to a criminal complaint filed in the case.

But Goode got greedy, according to the complaint.

“Now I need you to give my boy some money,” Goode allegedly said, while Muhammad “steps closer to him, sticks out his chest” and the two suspects “surround the victim.”

“You’re gonna give me that money,” Muhammad allegedly said, pointing to the tourist’s wallet — and took $20 instead when the frightened victim agreed, the complaint said.

Cops took the two accused crooks into custody, and both were arraigned Wednesday on charges of petty larceny, possession of stolen property, harassment and menacing.

“I wasn’t harassing anyone. I don’t do that,” Goode, who was also released without bail, said as he left Manhattan Criminal Court. “I made $10 from the sale. It’s on video. You can see the exchange on video. He gave me the money and I gave him the change.”

Complaints of illegal street peddlers in Times Square have risen in recent months.

In May, Muhammad, Good’s alleged accomplice, was involved in one of the most troubling incidents, when he got into a beef with his brother — the incident where the girl and two others were wounded in the shooting.

Farrakhan Muhammad, 31, was arrested in Florida four days after that shooting and charged with attempted murder, reckless endangerment and weapons possession.

He is accused of chasing his brother after their argument and opening fire.

‘There are no surprises’: why a rape allegation is unlikely to cause Trump much damage

Beneath the mixed messages, the Tories are putting wealth ahead of wellbeing