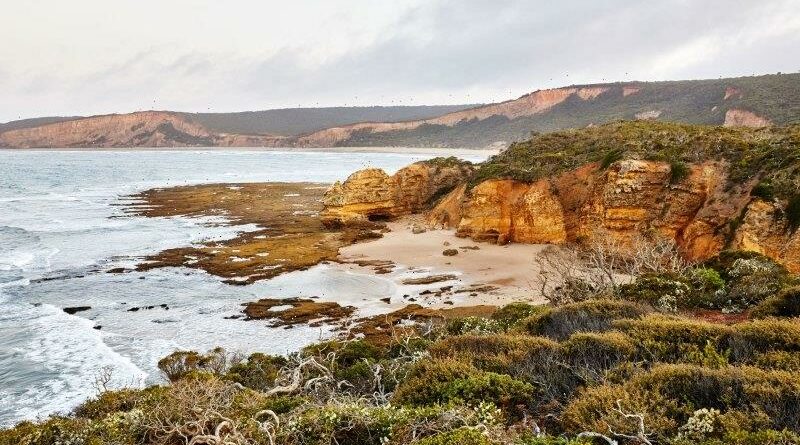 Parks Victoria has closed a stretch of beach at Jarosite Headlands, near Bells Beach, after a man was fatally injured on Friday when a cliff collapsed near the popular Great Ocean Road location.

Parks Victoria warned the cliff may continue to move over coming hours and days.

In a statement, Parks Victoria said the landslip and rockfall occurred at the Jarosite Headland, near Bells Beach, and the area between Point Addis and Southside beaches was now closed.

The 28-year-old man died after a 30-metre section of the cliff fell on a group of six people. A man and woman in their late 20s suffered non-life-threatening injuries.

Parks Victoria said the rest of the beach remained open, but it warned visitors to take note of signage.

Parks Victoria urged people to stay informed, stay away from the closed area and to be wary that such events were unpredictable.