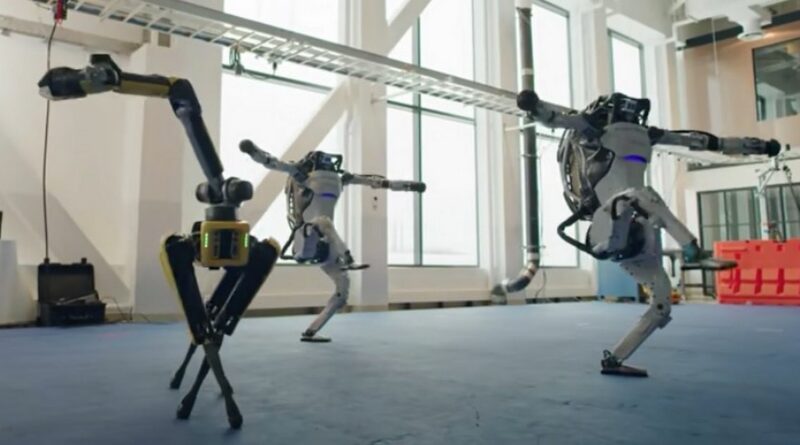 Boston Dynamics has filmed a stunning dance performance with four of its robots to celebrate the New Year, but many people said the snappy routine was "terrifying".

In the clip, Atlas, Spot, and Handle robots boogie with uncanny precision and grace to The Contours' 1962 hit single "Do You Love Me?"

Performing complex moves with perfect rhythm, the robots twisted, jumped, did the mashed potato, and even some ballet-like turns.

The technology company uploaded the video on YouTube on December 29 and it has since been watched more than 18 million times and sparked a panicked debate about the future of robots and humanity.

Sounding shocked, one person commented: "When three robots dance better than most humans."

"You feel like a failure when a robot dog dances better than you," joked another.

Some viewers seemed to get a lot of their ideas about robots from Hollywood and reckoned the dancing machines were about to turn against their creators.

One person wrote: "There's no way these robots aren't hunting down humans in 25 years."

"They're going to kill us while doing the mashed potato!" panicked someone else.

"I wonder how the robots will feel when they watch this in the future, after they have destroyed humanity…embarrassed, humiliated?" joked another viewer.

The four-legged Spot robot was released for sale in 2019, but only for commercial purposes.

During the pandemic in 2020, one of the pooches was filmed marching around a park and ordering people to socially distance in footage branded "dystopian" by technophobes.

Its remarkable strength was previously showcased when Boston Dynamics released a video showing a team of the robot dogs being used as "huskies" to pull a massive lorry.

Scotland must be given new independence vote: Sturgeon