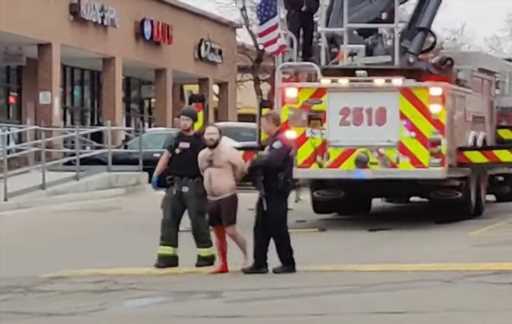 The 21-year-old Arvada man arrested in Monday’s mass shooting at a Boulder King Sooper’s previously attacked a classmate at Arvada West High School, according to court records and the Colorado Bureau of Investigation.

Ahmad Al Aliwi Alissa is suspected of killing 10 people at the grocery store Monday when he walked in around 2:30 p.m. and began shooting, according to law enforcement. He was taken into custody about an hour later and was injured during the arrest. Alissa was hospitalized for treatment and is expected to be transported to the Boulder County Jail Tuesday to face 10 counts of first-degree murder.

In 2017, Alissa, then 18, attacked a classmate at Arvada West High School, according to an affidavit filed in the case. He punched the classmate in the head without warning, and when the boy fell to the ground, Alissa continued to punch him. The classmate suffered bruises and cuts to his head, according to the affidavit.

Witnesses told police they didn’t see or hear any reason for Alissa to attack the classmate. Alissa told officers that the classmate “had made fun of him and called him racial names weeks earlier,” according to the affidavit.

He was convicted of misdemeanor assault in 2018 and was sentenced to two months of probation and 48 hours of community service.

Arvada Police Detective Dave Snelling confirmed Tuesday the local department had at least two interactions with Alissa over the past several years including a case of criminal mischief. The details on that case were not immediately available.

Snelling would not say whether local police had received any warnings or complaints about Alissa recently, however, and instead deferred the question to the FBI.

On a Facebook page that appeared to belong to Alissa, the user posted in 2019 that he believed his former high school was hacking his cell phone. In a comment to someone who asked why the school would do that, he blamed racism.

“I believe part racism for sure,” he replied. “I believe someone spread rumors about me which are false and maybe that set it off.”

In other posts, he expressed anti-LGBTQ sentiments and warned about perils he perceived from too much government control.

This is a developing story and will be updated as more information becomes available.

WE Charity debate to dominate House of Commons, Tories push for anti-corruption committee