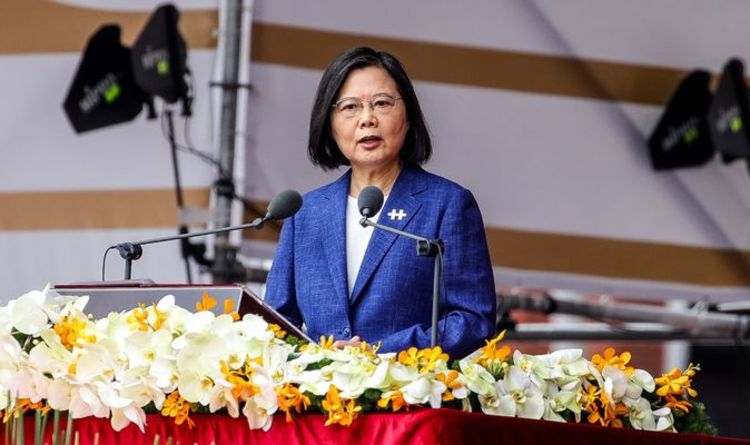 Democratically ruled Taiwan, claimed by China as its own territory, has complained of stepped-up military and political pressure from Beijing to force it to accept Chinese rule, including massed air force incursions into Taiwan’s air defence identification zone. The official People’s Liberation Army Daily newspaper, in a brief report on its Weibo microblogging account, said the drills had been carried out “in recent days” in the southern part of Fujian province.

The troops were “divided into multiple waves to grab the beach and perform combat tasks at different stages”.

No further details were given.

A video was shared showing soldiers in small boats storming a beach, throwing smoke grenades, breaking through barbed wire defences and digging trenches in the sand.

The drills appeared to involve a small number of troops.

The weather was clear and the seas were calm – suggesting the drill did not happen on Monday as southern Fujian is currently being affected by a tropical storm passing between Taiwan and the Philippines.

Fujian would be a key launching site for any Chinese invasion of Taiwan due to its geographical proximity.

China routinely carries out military exercises up and down its coast as well as in the disputed South China Sea.

Taiwan has denounced what it calls China’s coercive tactics against it and says it will defend itself if attacked.

Over the weekend, Chinese President Xi Jinping reiterated a vow to “reunify” Taiwan, and Taiwan President Tsai Ing-wen said Taiwan will not be forced

President Xi vowed on Saturday to achieve “peaceful reunification” with Taiwan, and did not directly mention the use of force after a week of tensions with the Chinese-claimed island that sparked international concern.

Speaking on the anniversary of the revolution that overthrew the last imperial dynasty in 1911, he said: “Taiwan independence separatism is the biggest obstacle to achieving the reunification of the motherland, and the most serious hidden danger to national rejuvenation.”

He added: “No one should underestimate the Chinese people’s staunch determination, firm will, and strong ability to defend national sovereignty and territorial integrity.

“The historical task of the complete reunification of the motherland must be fulfilled, and will definitely be fulfilled.”

Taiwan responded to Xi by calling on Beijing to abandon its coercion, reiterating that only Taiwan’s people could decide their future.

President Tsai Ing-wen said she hoped for an easing of tensions across the Taiwan Strait but added: “There should be absolutely no illusions that the Taiwanese people will bow to pressure,” she said in the speech outside the presidential office in central Taipei.

“We will continue to bolster our national defence and demonstrate our determination to defend ourselves in order to ensure that nobody can force Taiwan to take the path China has laid out for us.

“This is because the path that China has laid out offers neither a free and democratic way of life for Taiwan, nor sovereignty for our 23 million people.”

A US State Department spokesperson reiterated Washington’s “rock-solid” commitment to Taiwan and said America will “continue to support a peaceful resolution of cross-Strait issues, consistent with the wishes and best interests of the people on Taiwan”.

They added: “We urge Beijing to cease its military, diplomatic, and economic pressure against Taiwan and instead engage in meaningful dialogue with Taiwan.” 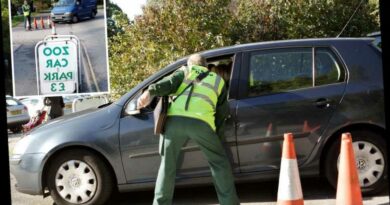