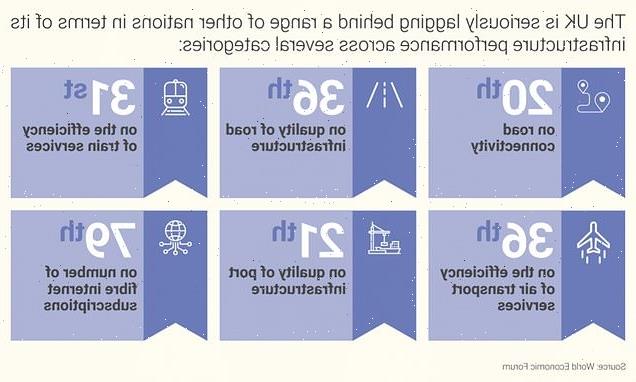 A raft of leaders from some of the UK’s biggest companies today called on the Government to back their ‘national prosperity’ plan to boost growth and living standards as Britain recovers from the pandemic.

Ten top business figures from the likes of Tesco, AstraZeneca, Vodafone and Royal Dutch Shell have set out a ten-year blueprint for action to help UK industry prosper, and address social and economic inequalities.

Their main policies are the creation of at least one new industry hub in every part of the UK by 2030, and a new scehem offering those aged 25 and over up to £10,000 to upskill and retrain throughout their working lives.

In a report by the Covid Recovery Commission, called Ambition 2030: A Partnership for Growth, they have also looked at how to deliver on the Government’s net zero commitments.

The business leaders warned that the pandemic has widened inequalities, with deprived areas suffering the most from unemployment, death rates and mental health issues.

The commission – which formed last July – wants to work with the Government and local civic leaders to tackle so-called levelling up, and a key plank of its plans is the launch of a National Prosperity Scorecard. 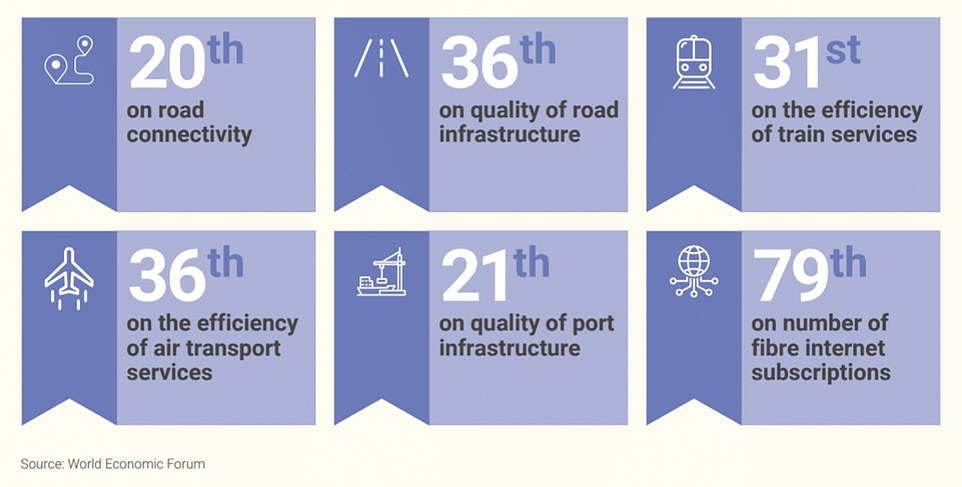 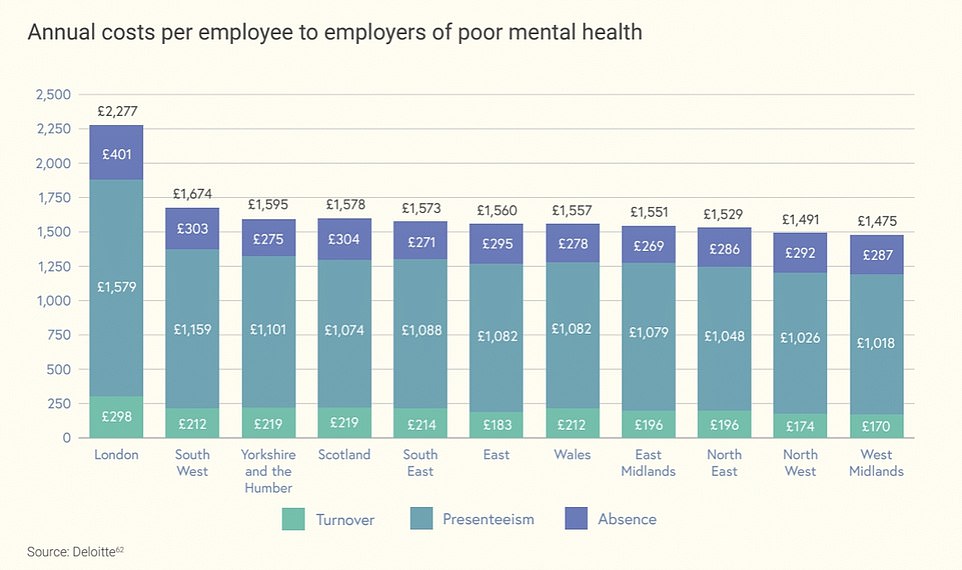 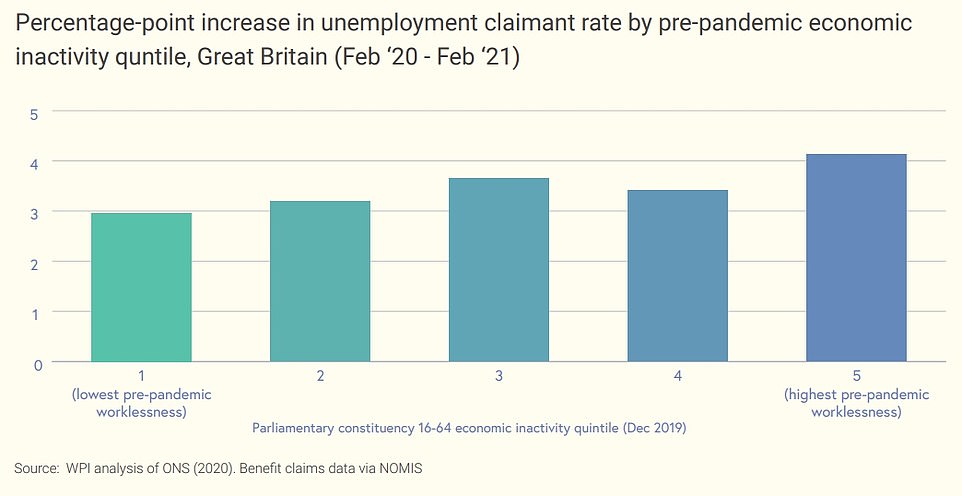 This will track the Government’s progress on levelling-up aims, measuring them against social as well as economic indicators, such as employment and benefit dependency rates, health and educational outcomes.

The commission’s chair John Allan, who is also chairman of Tesco and housebuilder Barratt, said: ‘A National Prosperity Scorecard will be key to evaluating the success or failure of local plans to level up communities.

Santander has kicked off the hunt for a new UK boss after chief executive Nathan Bostock was appointed to a new role amid a wider group overhaul as it posted a 61 per cent surge in profits.

The lender said Mr Bostock has been appointed as head of investment platforms at Spanish owner Banco Santander and will step down from the UK business towards the end of 2021, once a successor has been appointed.

It comes as Santander UK reported pre-tax profits jumping to £184 million in the first quarter, up from £114 million a year earlier.

The group saw a sharp drop in provisions for loans expected to turn sour due to the fallout of pandemic, at just £5 million against £165 million a year ago.

‘By looking beyond purely economic measures, it could also act as a vital warning light for local communities.’

The commission is also recommending a Help to Train scheme to halve the projected skills deficit by 2030.

This would include a radical overhaul of the Apprenticeship Levy and a new Lifelong Learning Account offering those aged 25 and over up to £10,000 to upskill and retrain throughout their working lives.

And as part of net zero goals, it wants the Government to decarbonise the housing stock and commit to retrofitting every council house to make them as energy efficient as possible.

Mr Allan said: ‘To deliver the economic recovery, successful local and national prosperity plans will need to integrate everything which is great about Britain: our leading universities, world-class innovation, our business community, our democracy, our institutions and governance.

‘This will ensure that these engines of growth and prosperity are turbocharged in the next decade and that business, government and civic society work together to create jobs and drive investment.’

Other proposals put forward in the report include ensuring all UK workers have free access to mental health support by 2025, as well as the launch of a government-owned social purpose company to develop a Great British Supply Chain.

Tom Keith-Roach, UK president of drugs giant and Covid-19 vaccine developer AstraZeneca, said: ‘It’s clear we now need to align and unleash all our strength behind a new national imperative to build a stronger, fairer and more resilient economy whilst accelerating our move to net zero.’

John Holland-Kaye, chief executive of Heathrow Airport, said: ‘A stable policy environment and long-term National Prosperity Plan will help to deliver investment certainty across the UK, attract investment from outside of the UK and provide a foundation for determining the priority markets for trade deals.’ 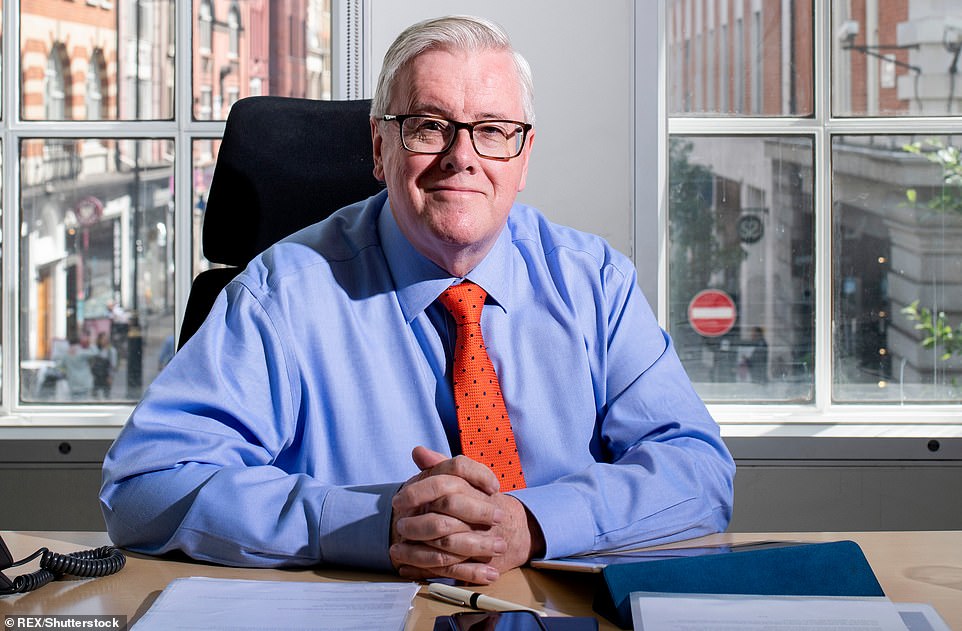 The commission’s chair John Allan (pictured), who is also chairman of Tesco and housebuilder Barratt, said the ‘National Prosperity Scorecard’ would be ‘key to evaluating the success or failure of local plans to level up communities’ 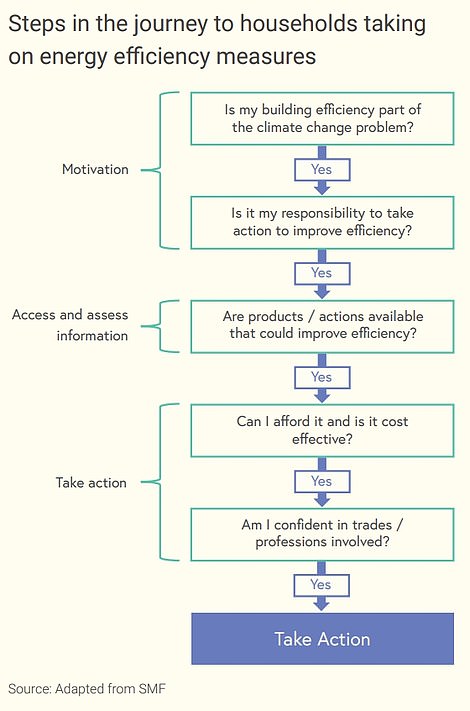 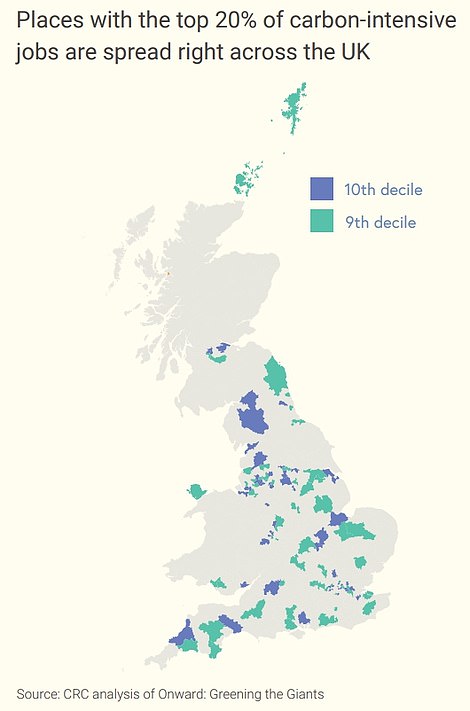 The report looks at how to decarbonise consumer energy demand (left), but that it puts jobs across the UK at risk (right) 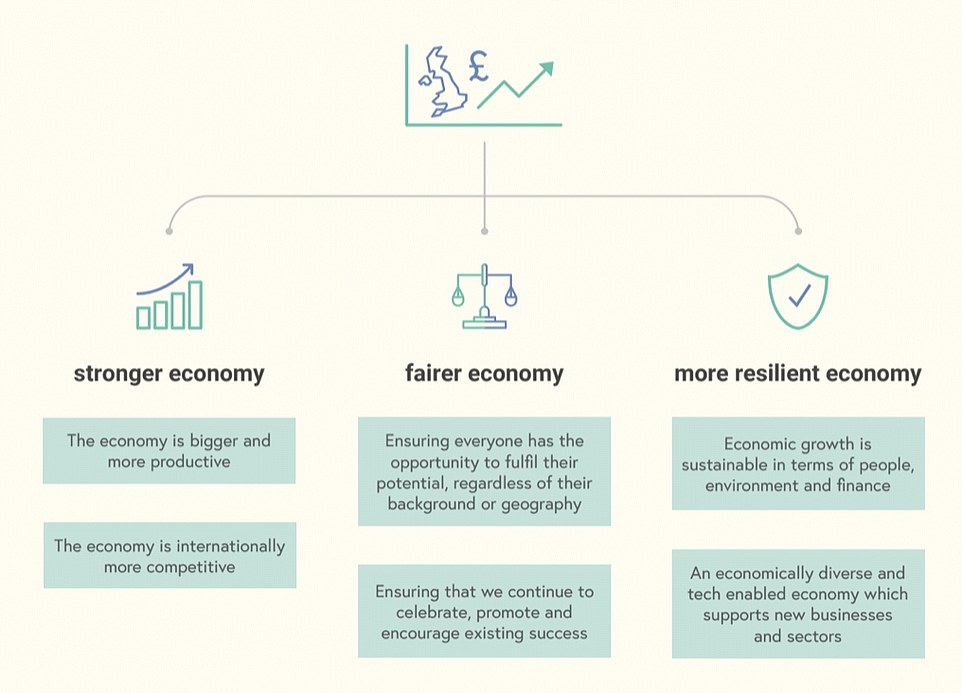 The Covid Recovery Commission have put together a three-point vision for a ‘stronger’, ‘fairer’ and ‘more resilient’ economy

Mr Allan told BBC Radio 4’s Today programme this morning: ‘The pandemic has ensured that those who are worst off to start with have suffered more than those who were relatively well off.

Supermarket Sainsbury’s enjoyed a strong boost in sales thanks to its position as an essential retailer during the year of Covid.

Sales in the year to March 6 jumped 7.8 per cent, including an 8.3 per cent rise in non-food business as shoppers were unable to head to non-essential retailers for large parts of the year.

But £485million in Covid-related costs and a major restructuring that saw around 1,150 jobs affected, sent the business to a £261million loss for the year.

Sainsbury’s grocery sales were up 7.8 per cent, helped along by a soaring 120 per cent rise in online orders.

At the company’s Argos business, sales jumped 10.9 per cent, including a 68 per cent rise in digital sales.

But less travelling meant Sainsbury’s fuel sales slumped 45 per cent contributing to overall revenues hitting £29billion in the year to March 5, up 0.2 per cent on a year earlier.

Like much of the high street, and despite remaining open throughout the year, clothing sales dropped 8.5 per cent including a 26.7 per cent plunge in the three months between March and May 2020. Bosses said clothes sales are starting to recover, however, with a 4.2 per cent rise in sales in the past three months.

Chief executive Simon Roberts also revealed that despite the high Covid-19 costs, the supermarket will still pay out a dividend to shareholders of 7.4p a share, up from 7.3p a share a year ago.

‘And the view of the businesspeople who have got together for the infrastructure commission was we needed to solve not only for growth but also to try and ensure that at least some of that growth was used to remedying this wider social inequality we’re experiencing.’

Asked about creating industry hubs in every part of the UK, Mr Allan said: ‘I think it isn’t primarily about the Government. I think the Government has to license it to happen, if you like.

‘But our view is that local communities – local universities, local business, local politicians – are perfectly capable of working out what is the best area to specialise in for their particular city or region.

‘So part of our thesis really is that we think we need to devolve these decisions to those closest to them, not trying to make them all central to the Government.

‘The Government doesn’t need to pick winners. I think it needs to create an environment in which local people can decide where they think they can win.’

Asked about which businesses cannot succeed, Mr Allan said: ‘I think first of all, we’ve probably got to refocus on manufacturing in total. I think we’ve probably gone too far in the direction of a service-based economy.

‘And I think if we’re going to get prosperity back into the regions, we actually need to reinvest in manufacturing – that would give us more national resilience as well.

‘And I think it’s easier to see the areas we should invest in than the areas that the areas we will invest out of, but it’s pretty obvious that some old, very carbon-intensive industries are going to fade away.

‘We have this extraordinary national consensus about the need to get to Net Zero, but on the other hand there’s a huge opportunity in digitisation, in life sciences, which is something that the UK is already very good at, and could be even better.

‘And actually creating a whole series of businesses and industries out of the move to Net Zero. I think we can lead the world in that and not only do it for ourselves, but actually use those skills as exports as well.’