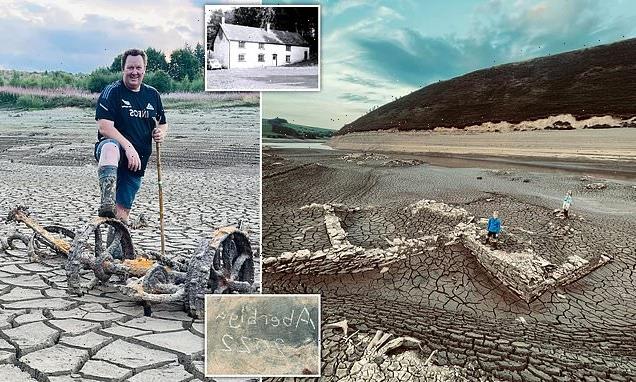 Sister, 11, and brother, eight, are delighted to see remains of their grandfather’s farmhouse after summer drought DRAINED the reservoir which had covered it

A family has discovered the remains of their grandfather’s childhood home in Wales after a summer drought exposed its long-lost foundations from deep underwater.

Classical tenor Aled Wyn Davies, 48, took his two children on the pilgrimage to the farmstead of Aberbiga, mid Wales, as it was revealed for the first time in a generation.

Aria Davies, 11, and her brother Aron, eight, saw the valley where the family home stood until it was flooded to make a reservoir more than 50 years ago.

They saw the spot where their grandfather Evan and his brother Maldwyn were born.

The village of six farms was lost in 1964 when the Clywedog valley in Powys, was dammed and flooded to provide drinking water to the Midlands. 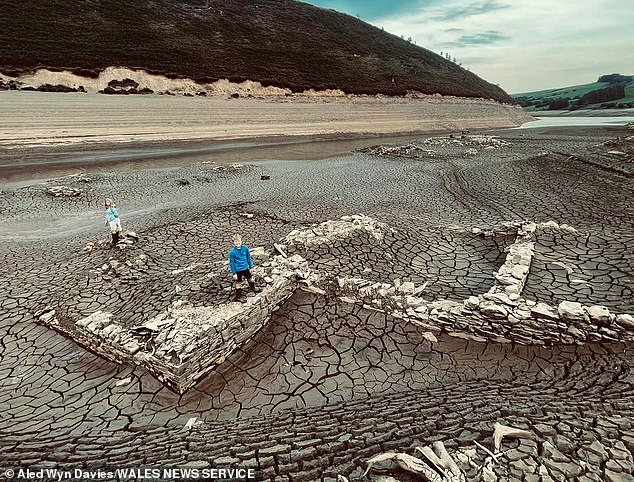 Aria Davies, 11, and her brother,  Aron, eight, visited the remains of the farmstead where their grandfather Evan grew up after it emerged from underwater in the summer drought 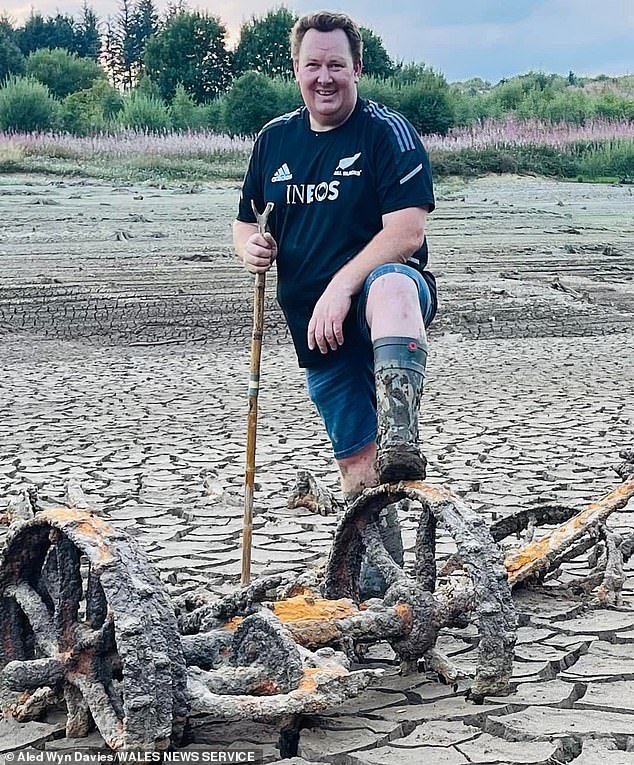 Classical tenor Aled Wyn Davies, 48, took his children to see the old ruins, after a summer drought caused a reservoir to dry up – exposing the remnants of lost houses 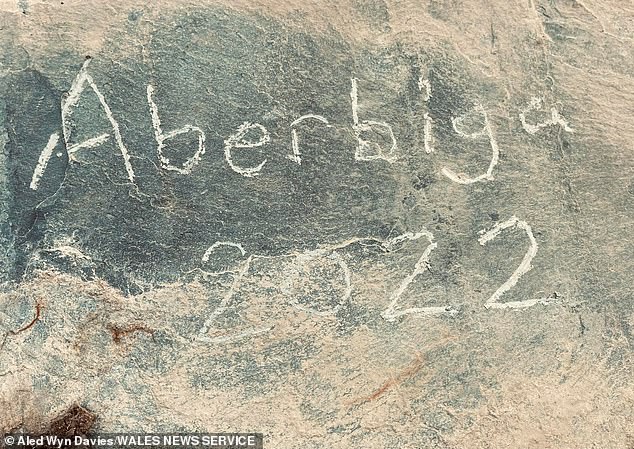 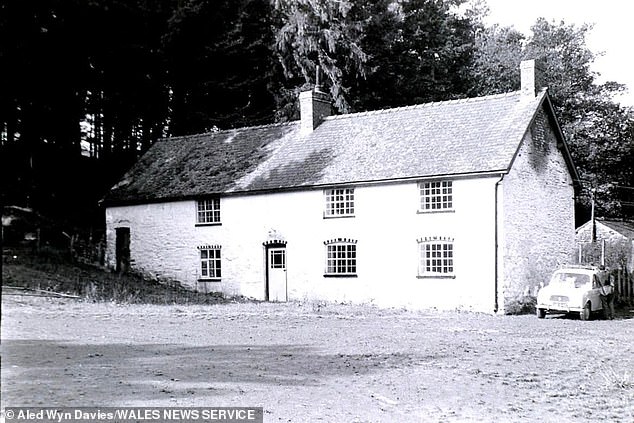 The cottage was one of six farms in Clywedog valley in Powys, which were dammed and flooded to provide drinking water to the Midlands 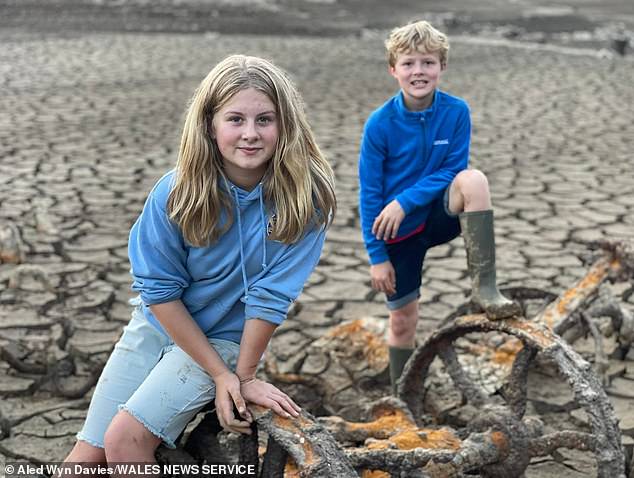 Aria and Aron Davies learned about their family history at the old farmstead in Aberbiga, where their great grandparents Dei and Mary Davies raised ten children

But the warm summer has made the Clywedog Reservoir run dry for first time in a generation.

Aled was 16 when he last visited in 1990 and had the chance to return with his own children this year.

He said: ‘Hopefully Aria and Aron will keep the tradition going. Hopefully, someday in the future, they will take their own families on the same pilgrimage.

‘They had a lot of questions – they too felt a bit sad walking around there after hearing about what happened in the 1960s.

‘There was pride while hearing about the family’s upbringing there but also sadness that such a lovely farmhouse and land was lost just like that.’

His grandparents Dei and Mary Davies were tenant farmers and had 10 children. 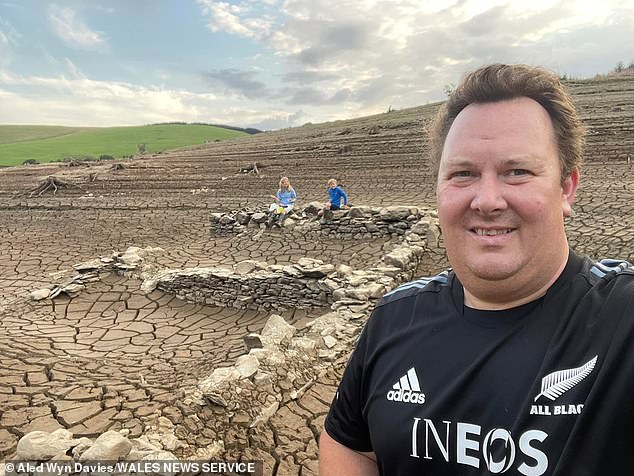 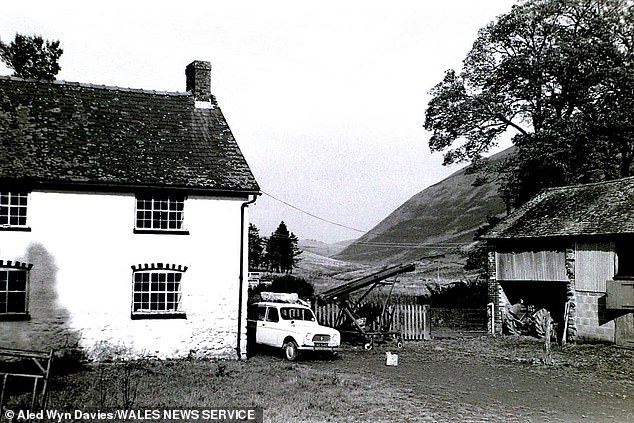 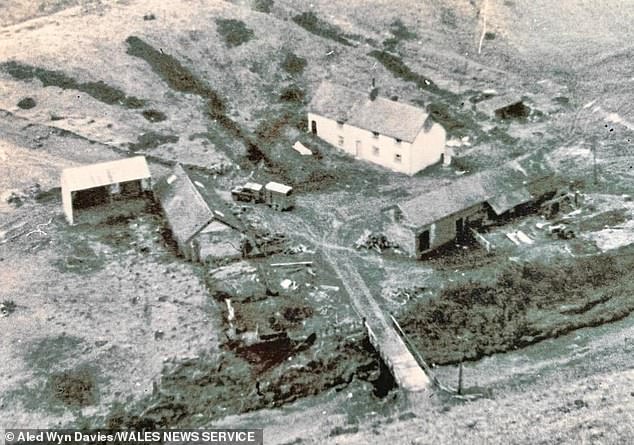 The little community fought hard to block the development, to save their farms and prevent 615 acres being flooded 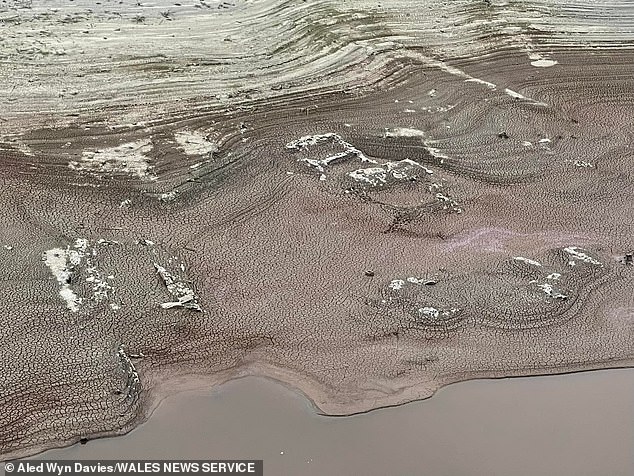 But in 1964, the front door of Aberbiga farmhouse was closed for the last time before its buildings were demolished (Pictured: the exposed foundations after this summer’s drought)

Tragically, one of their daughters Iona died when she drowned in a nearby river aged 18 months.

Aberbiga was a Forestry Commission farm – until plans were made for the new dam and everything changed.

The little community fought hard to block the development, to save their farms and prevent 615 acres being flooded.

But in 1964, the front door of Aberbiga farmhouse was closed for the last time before its buildings were demolished.

‘Seeing the old home disappear under the water for the first time was a very sad day for the whole family,’ said Aled.

‘It was felt that the greatest loss was the loss of their immediate neighbours as the families had always done so much together.’

The children wandered around the site safely watched by their proud grandad and dad, who now lives just ten miles away with their mother Karina in the Powys countryside.

A spokesperson for North Wales Police said: ‘Although this is an important part of our history and an intriguing site to see, we must remind you that walking down the dry lake bed is very dangerous.

‘The dry lake bed is made up of soft mud that can be meters deep in spots and people can easily become stuck and sink. Please treat the area with extreme caution and respect.’ 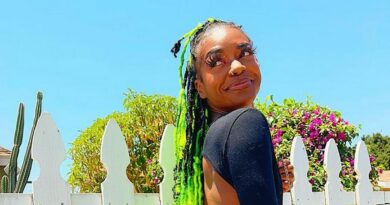