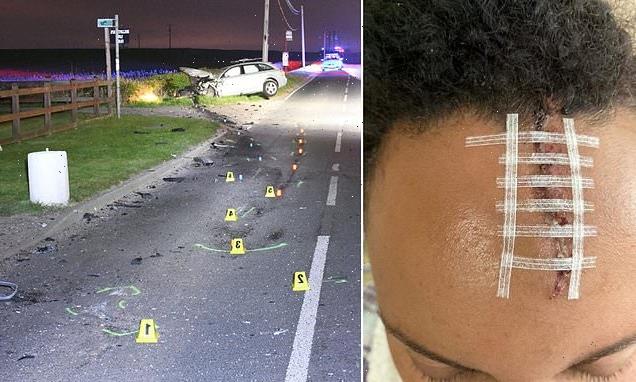 Shocking footage shows the moment when a suspected drink driver ploughs head on into a pregnant mother’s car, leaving her with ‘life-changing’ injuries.

In the video, a speeding Audi estate car comes around a corner in Leeds on the wrong side of the road and smashes into a Land Rover Defender.

Tanya Palmer’s green 4×4 was sent spinning across the road, while debris from the vehicle filled the scene around it.

Ms Palmer, who was 22 weeks pregnant at the time of the crash in April last year, realised she had ‘nowhere to go’ as the silver car sped towards her.

She was rushed to hospital where she was found to have a ‘major cut’ to the middle of her head and behind her ear, as well as a dislocated shoulder and ligament injuries.

And more than a year on, Tanya is still waiting for surgery on one of her ankles, as well as suffering ongoing speech and memory problems. 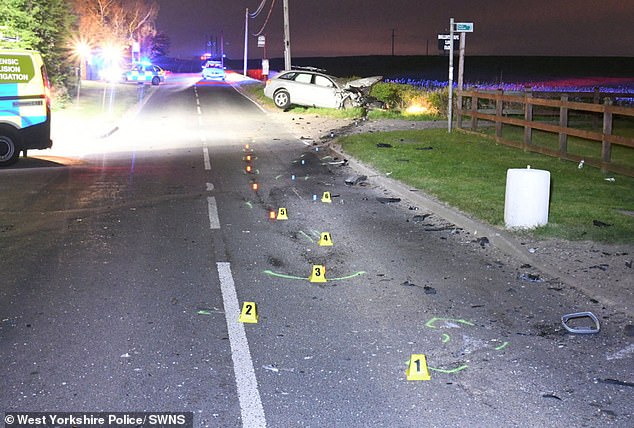 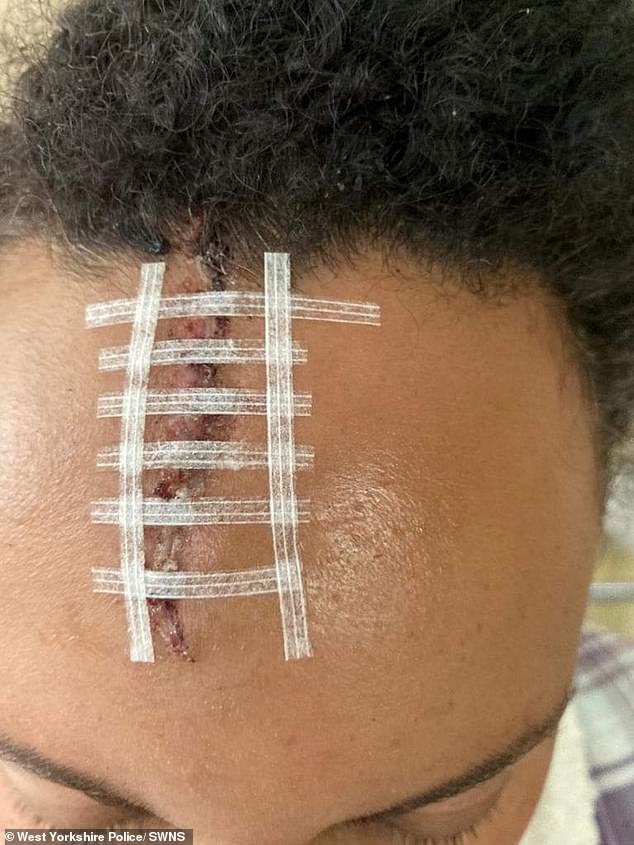 Ms Palmer was pregnant at the time of the crash but was able to give birth later in the year. Pictured: a ‘major cut’ to the middle of her head

The expectant mother, who managed to deliver her healthy baby months afterwards, later found out that the other driver refused to be breathalysed by police for drugs or alcohol.

He was jailed for 12 months and banned from driving for three-and-a-half years following the incident.

Ms Palmer has now warned those tempted to consume alcohol or drugs before getting behind the wheel to think of the ‘consequences’ for their victims.

She said: ‘Not only will it have consequences for their life, but the person who they will have a collision with, or they run into it changes their life forever.’

Ms Plamer said she was driving along a familiar road in West Yorkshire when the collision took place. 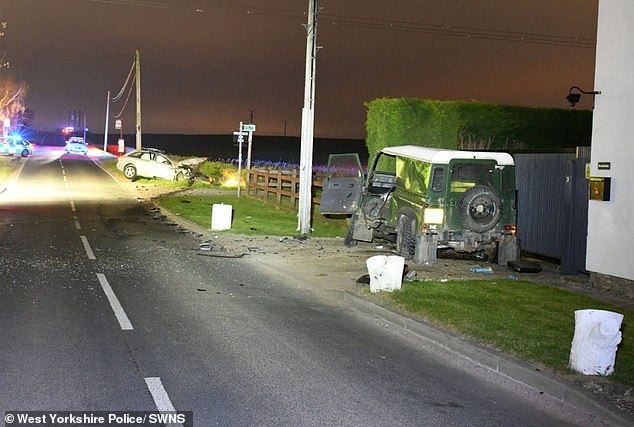 She said: ‘It’s a route that I’ve driven loads of times before, and a car came round the corner on the wrong side of the road.

‘My first instincts were “God, he’s going too quick”, and then I thought, “I’ve got nowhere to go”.

‘I just gripped onto the steering wheel, and that’s probably one of the last things that I remember.

‘I went to the LGI (Leeds General Infirmary) and went through the major trauma unit.

‘I had about three or four days in hospital, because when I had the collision, I was actually 22 weeks pregnant.

‘I had various cuts and bruises, a major cut to the middle of my forehead, behind my ear, dislocated shoulder, torn deltoid ligament injury.

‘I’m waiting for surgery on at least one of my ankles. I’m also under the care of a neurologist because I now have problems with my memory and my speech.’ 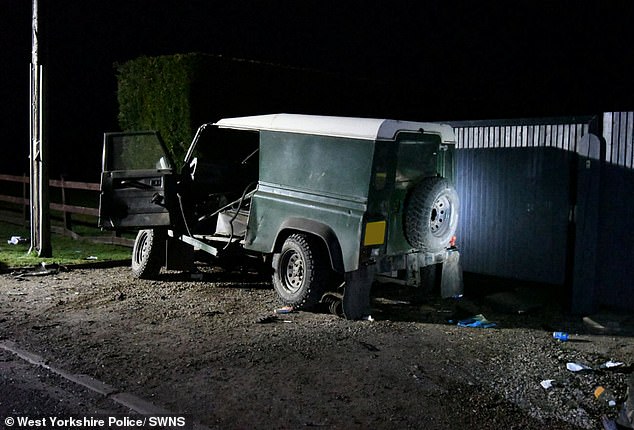 Tanya said she had been breathalysed for drink and drugs at the scene but was shocked to learn the other driver had refused to provide a similar specimen to police.

She said: ‘Part of the process when you’re in a collision is that both parties are breathalysed as soon as possible, really.

‘I gave mine, and I also did the drugs test they wanted me to do, and I could hear various little things going on in the background because I believe we both ended up in the same hospital.

‘I actually asked a member of the hospital staff whether or not he was OK and then that came out. It wasn’t very nice.’

He said: ‘We talk a lot about the consequences and cost for the offender because it is their behaviour that we need to change, but Tanya’s story really brings it home the impact that drink and drug driving has on other innocent road users.

‘If you’re someone who sometimes drives while over the limit, then I would ask you to think how you would feel if you were involved in a collision with someone like Tanya.

‘You might think you are fine to drive or ride your motorcycle after a few pints or taking drugs, but every day we are arresting people with exactly the same mindset.’ 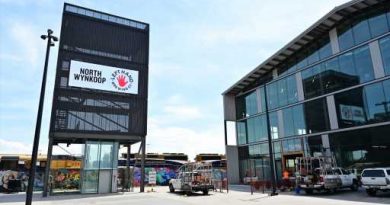 13 new breweries coming to Denver, Boulder, and Aurora by end of 2022

3 years after being cleared for release, a Guantanamo prisoner languishes