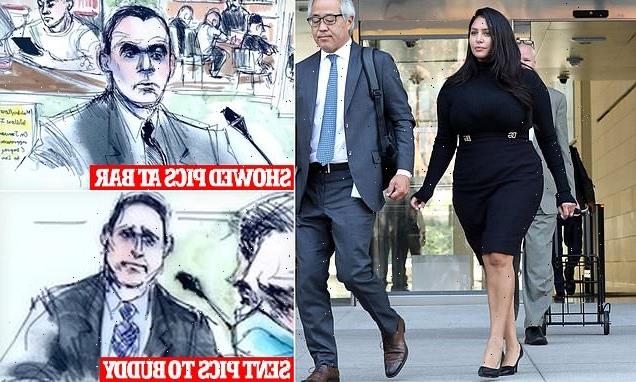 A Los Angeles Sheriff’s Deputy has said he sent a fellow cop graphic photos of Kobe Bryant’s deadly helicopter crash site while the two were playing Call of Duty.

Deputy Michael Russell told an LA jury on Tuesday he texted pictures of the wreckage to Santa Clarita Sheriff’s Deputy Ben Sanchez a day the NBA star, 41, and his daughter, Gianna, 13, died in 2020.

Russell said he was playing the popular shooting game with Sanchez when he told the deputy he had photos of the crime scene that he allegedly got from fellow LA Deputy Joey Cruz, TMZ reported.

Cruz also testified on Tuesday, admitting he showed off photos of the crash to a bartender to ‘relieve the stress’ he had been dealing with from the case.

Bryant’s widow, Vanessa, is suing the LA County fire department and the sheriff’s office for invasion of privacy after the images of the crash were shared by officers. 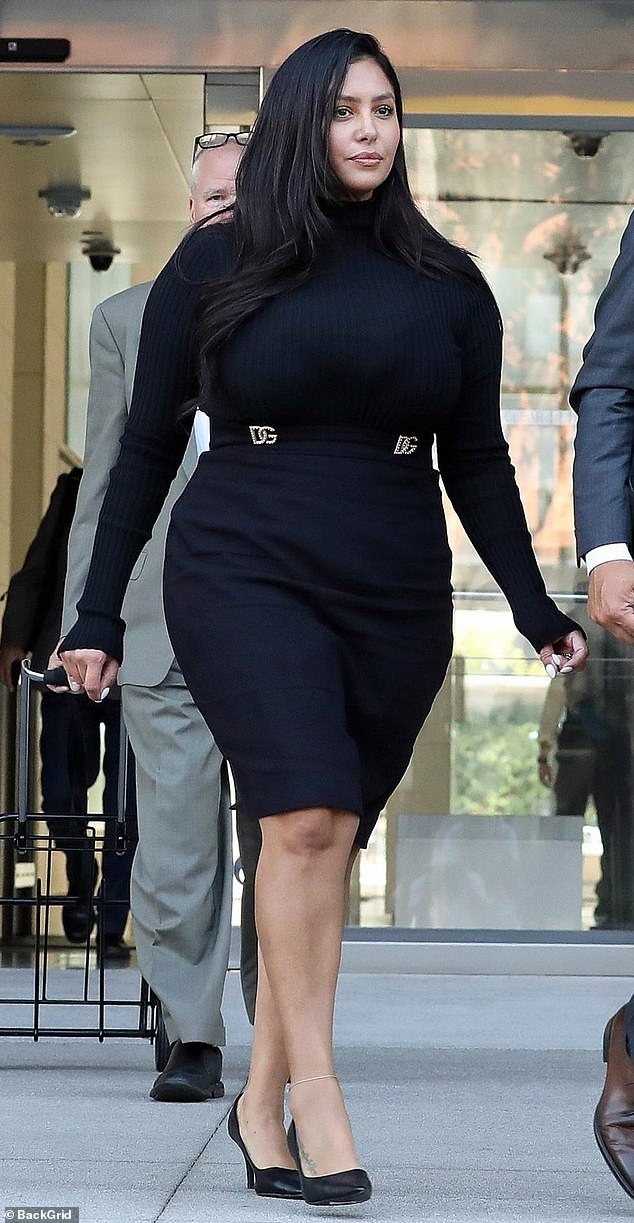 Bryant, 40, is seeking damages in the case, which is expected to last another week. The heartbroken mother and widow was pictured in all black on Tuesday 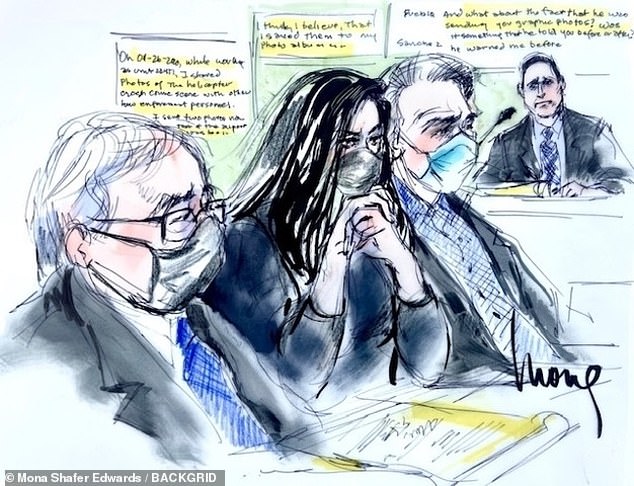 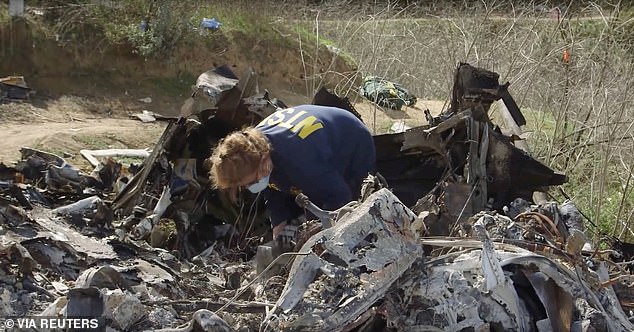 Russell said he was playing Call of Duty with Sanchez when he revealed he got photos of the accident from fellow LA deputy Joey Cruz. Russell had previously told investigators he sent the photo while at work and that the pics did not show bodily remains. This was untrue 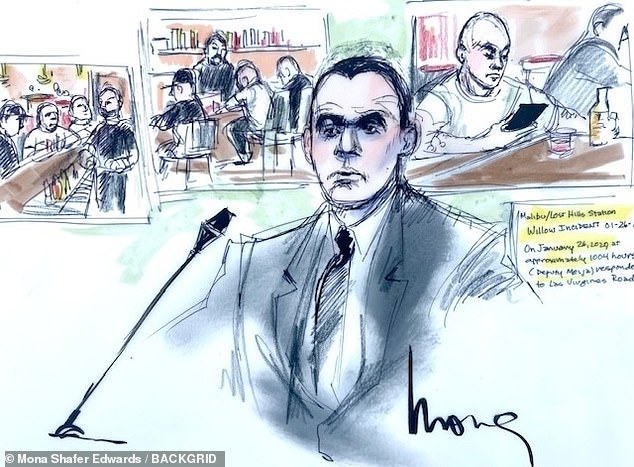 Cruz also took the stand on Tuesday to admit that he did show off photos of the crash scene to a bartender (pictured), saying he felt remorseful for doing so 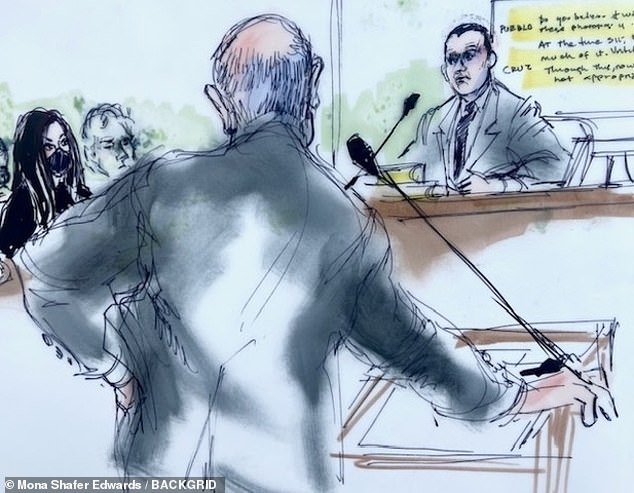 While on the stand, Cruz claimed he shared the graphic photos to relieve stress 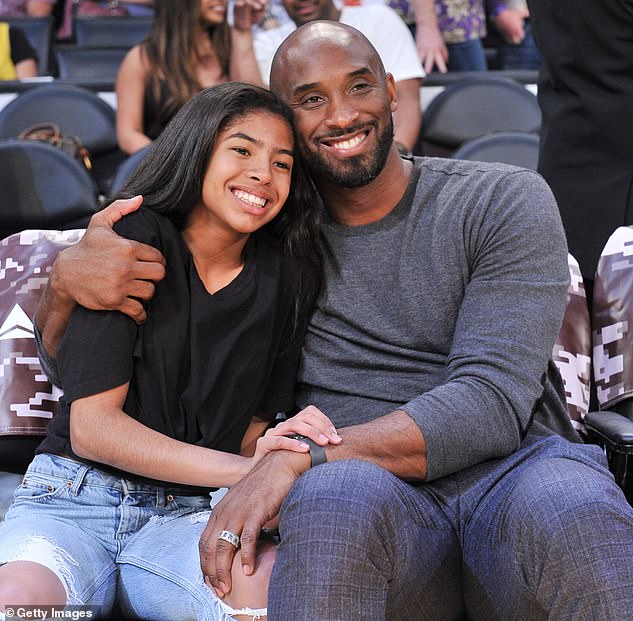 Bryant’s widow, Vanessa, is suing the LA County fire department and the sheriff’s office for invasion of privacy after the images of the crash and her deceased husband and daughter (pictured together in 2019) were shared by officers

During his testimony, Russell also admitted to making errors when he originally told investigators that he shared the photos while he was working, and that the images didn’t depict bodily remains.

‘I made mistakes,’ he told the court, adding that he did not receive any disciplinary action for sharing the graphic photos.

Following his own confession of sharing the photos of the horror crash at a bar. Cruz testified that he did feel remorseful over his actions.

The testimonies come after Brian Jordan, a retired LA County firefighter, claimed he was ordered by his superiors to take photos of the helicopter crash site – orders the fire chiefs deny ever issuing.

Jordan denied sending the images to anyone outside the sheriff’s or fire departments, but at times appeared confused about events. 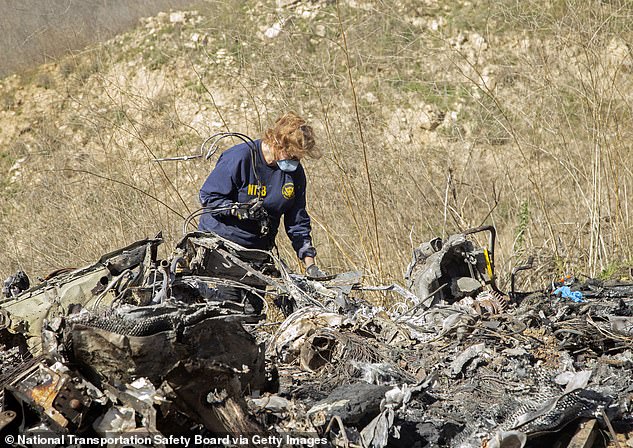 Brian Jordan, a retired LA County firefighter, claimed he was ordered by his superiors to take photos of the deadly helicopter crash site (pictured) 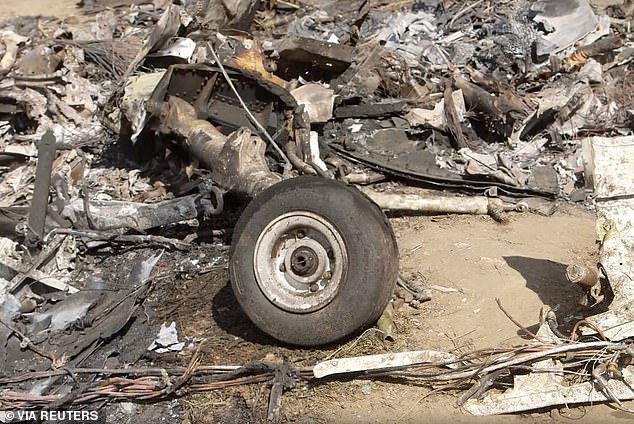 The former firefighter told the court repeatedly he does not ‘really remember being at the accident’ and does not ‘remember what was up there.’

Luis Li, Vanessa’s attorney, asked why the laptop he handed in was missing its hard drive, and Jordan replied he was unaware of what had happened.

‘I have no clue,’ Jordan said, but added: ‘I did not manipulate any devices.’

Asked if he’d photographed Gianna Bryant’s remains, he said, according to Law and Crime: ‘I don’t even know who that is.’

He added: ‘I don’t know what I was photographing. I’m here because of false allegations, so please refrain from taking my brain back to that crash.’

During his two-hour testimony, Jordan asked to be excused from the witness stand three times, citing the emotional trauma. 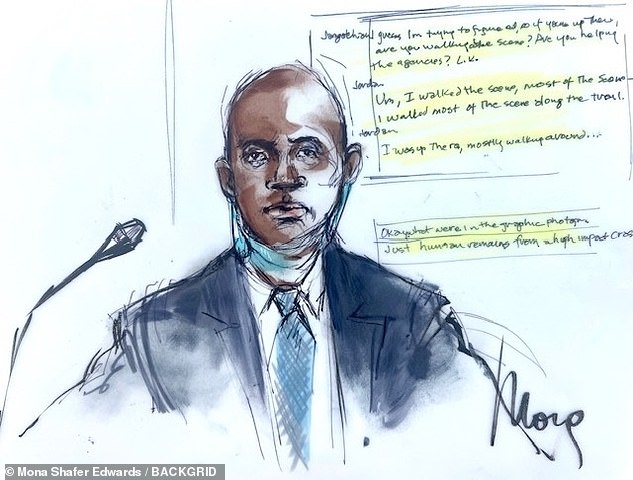 Brian Jordan, a retired firefighter, is seen on Monday testifying in Los Angeles about photos he took of the crash site in Calabasas. We walked off the stand three times 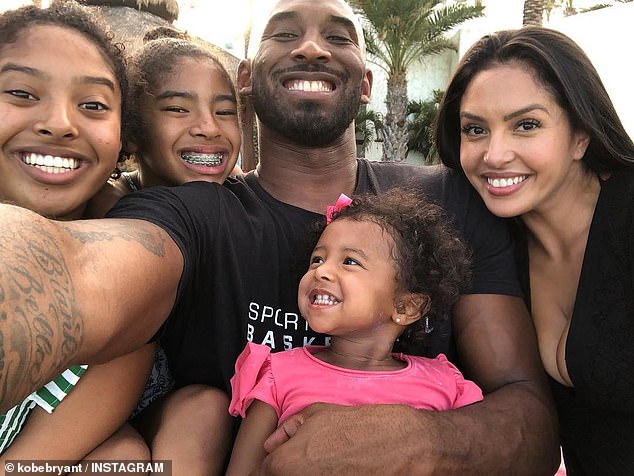 Jordan insisted Anthony Marrone, the then-deputy chief, who since August 1 this year has been acting chief, told him to take the photos.

Jordan added: ‘Maybe that’s the one time I should have been insubordinate.’ Marrone, in a sworn testimony provided in August 2020, denied instructing Jordan to take photos.

He said he instructed everyone not to photograph any crash victims ‘as taking such photographs would neither be right nor appropriate.’

Vanessa Bryant is seeking unspecified damages from both the fire department and sheriff’s office.

The trial is expected to last another week. 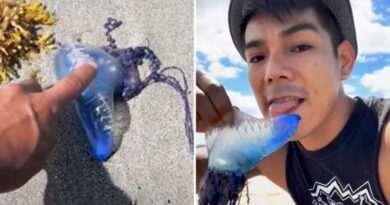 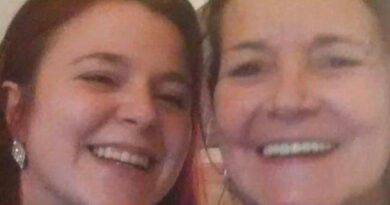