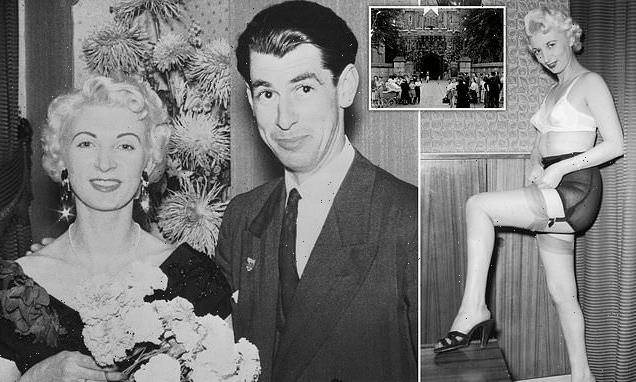 Who gave Ruth Ellis the gun to kill her racing driver ex? De-classified prison files reveal how the last woman to be hanged in UK withheld key details from her trial including the involvement of secret lover

At 9am on July 13, 1955, Ruth Ellis was led out to the scaffold at HMP Holloway to meet the legendary hangman Albert Pierrepoint.

The 28-year-old murderer stood briefly over the trapdoor, her hands tied behind her back; a hood covering her face. Pierrepoint, who described her neck as ‘thin’ placed the noose over her head and secured it into place.

He had already determined that a drop of eight feet and four inches would be enough to end the life of the mother of two who stood 5ft two inches in her stockings.

Moments later, she was dead with a fracture dislocation of the 2nd and 3rd cervical vertebrae.

There was also ‘little destruction of soft tissues’ and a ‘clean break of the spinal cord’ and almost one-and-three-quarter inches separation.

A measurement of the drop following the execution showed she had fallen a total of eight feet and six inches. She had narrowly avoided having her head being separated from her body.

Less than 24 hours earlier as Pierrepoint was travelling down from the Rose and Crown bar in Hoole, Lancashire, Ellis was receiving her final visitors. Among them were her solicitors Mr Simmons and Victor Mishcon.

A prison officer, Principal Officer Griffin, stood in the corner of the room taking notes which were placed into her file and sealed for more than half a century.

Now those documents have been declassified and reveal critical details that were not raised during her one-day trial which condemned her to the gallows. 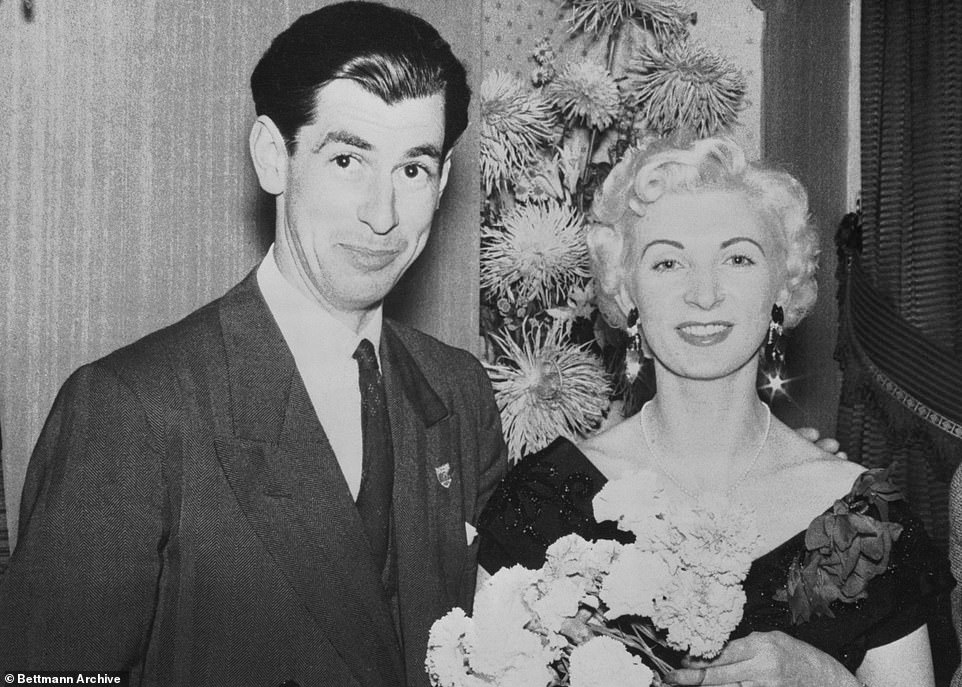 On July 9, 1955, nightclub hostess Ruth Ellis, pictured right, was executed for the murder of her lover David Blakeley, left, a 25-year-old upper class racing driver, who had beaten her some ten days before the murder – causing her to miscarry their baby 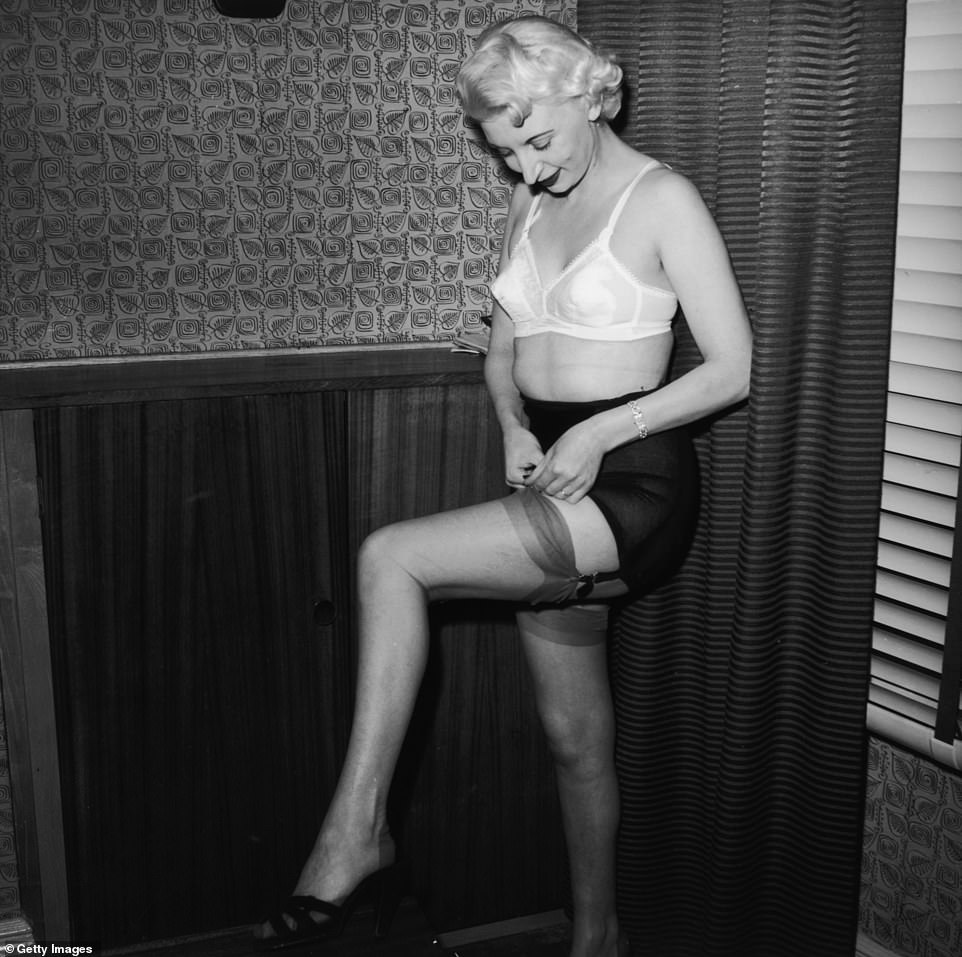 The details of the murder on Easter Sunday 1955 fascinated the nation especially after Ellis, pictured a year before her execution, refused to express any remorse for shooting Blakeley five times 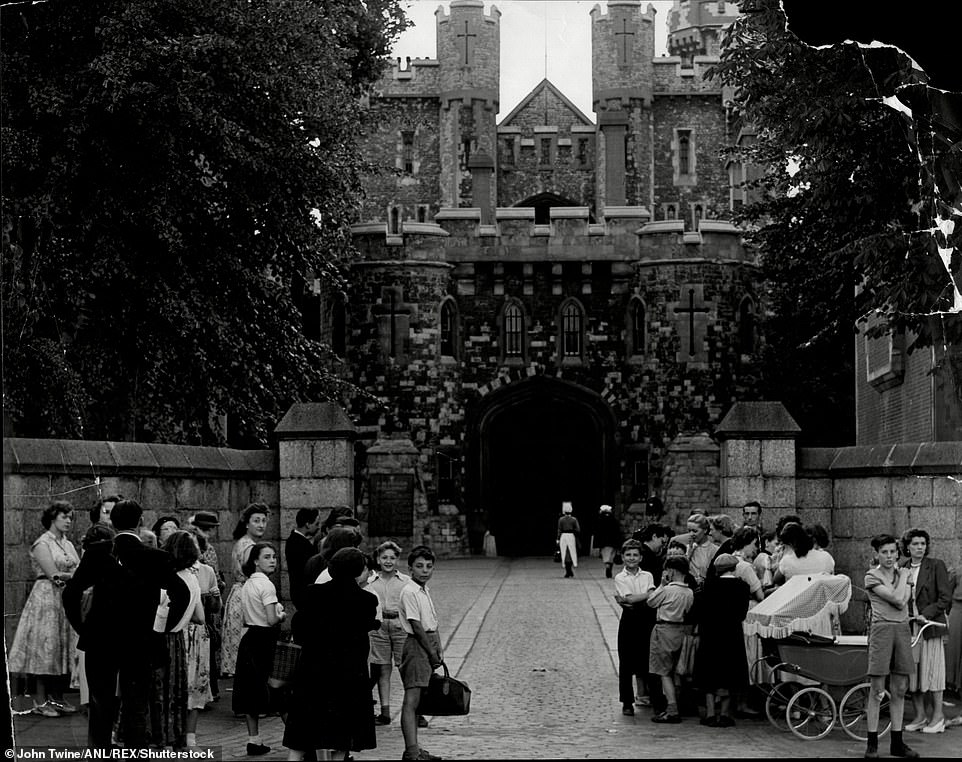 A group of 250 people gathered to protest outside Holloway Prison in North London where Ellis was executed at 9am on July 13, 1955 – just three months after the shooting 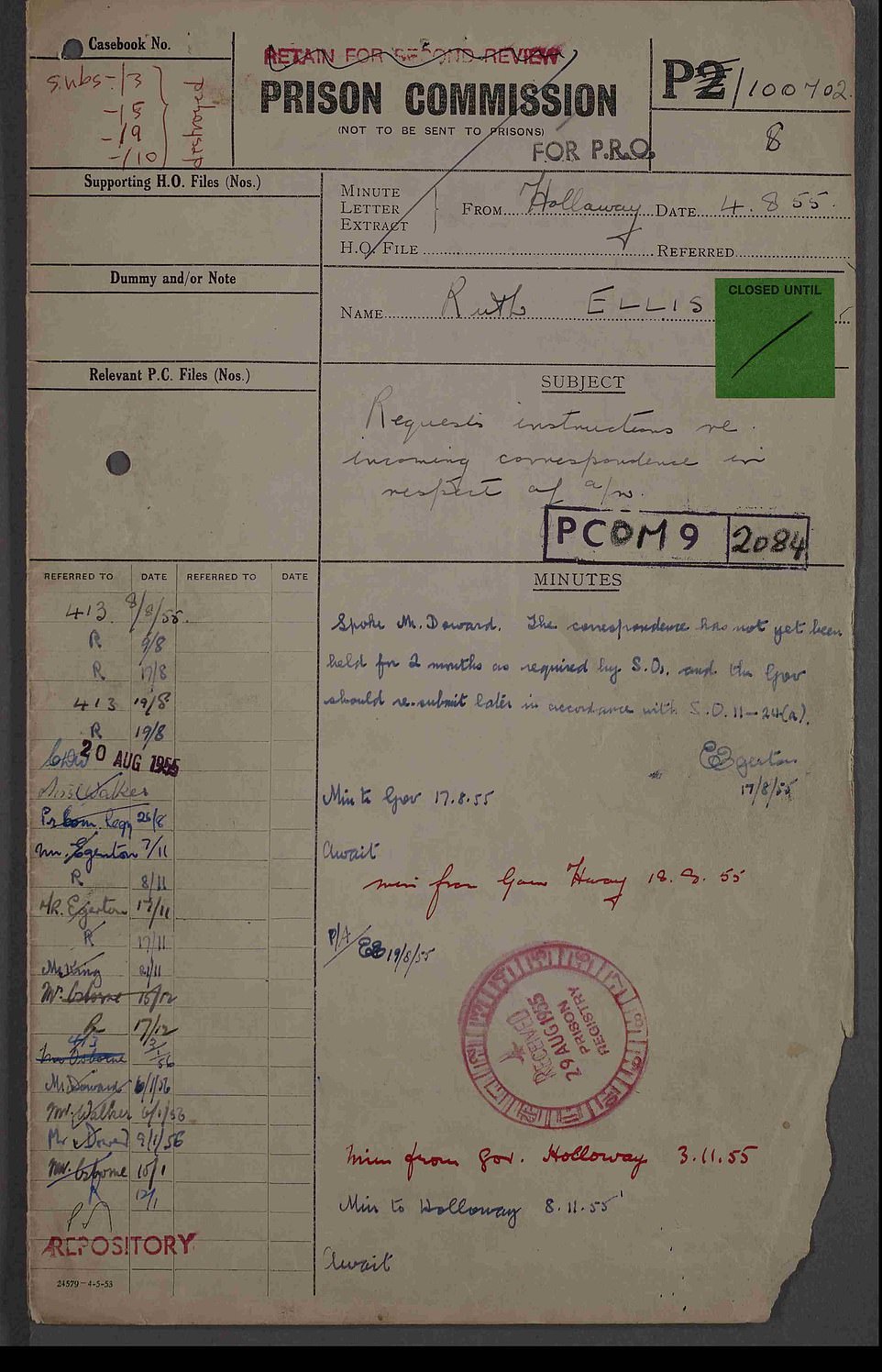 The notes showed how her legal team still believed there was time to convince the Home Secretary Gwilym Lloyd George to commute the sentence. Though, while they sat with Ellis, the Under Sheriff of London, Harold Gedge, a representative of the newly installed Queen Elizabeth II, was in the hang house ‘for the purpose of testing the apparatus’.

Gedge filled a sandbag until it weighed 103lbs – the same as Ellis – and attached it to the rope before operating the trap door. The mechanism operated flawlessly and the the rope was left under tension until shortly before the execution the following morning to remove any elasticity.

Inside Ellis’ cell according to the note prepared by PO Griffin, which is held at the National Archives in Kew, ‘Mr Mischon was very persistent in asking Ellis about the gun’.

Mr Mischon said ‘it was only fair that the Home Secretary knew the true facts of the gun’ and the ‘truth could be put on record’.

Ellis told her lawyer that she ‘didn’t want to say anything that would get anyone else in trouble’. Mr Mischon assured her nobody else would be impacted though such detail could help her case.

Other documents in her prison file suggest she might have believed that her execution would allow her to ‘join Blakeley in the afterlife’.

During the trial, the judge and jury heard that on Easter Sunday, April 10, 1955, Ellis had walked a quarter of a mile to The Magdala public house to wait for David Blakeley. She was hidden in the doorway of a news agent when the 25-year-old racing driver left the bar with a friend at 9.30pm. 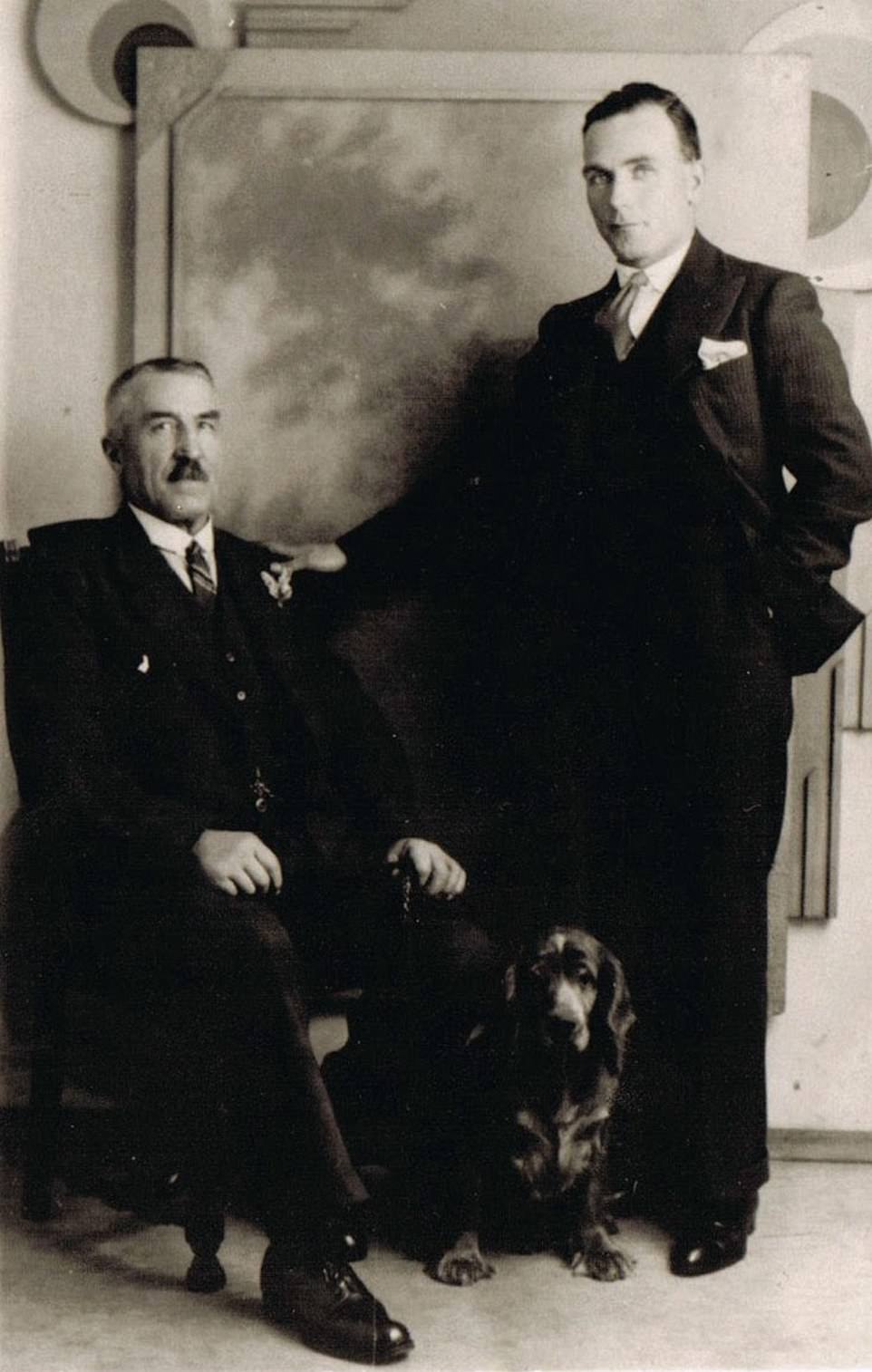 Albert Pierrepoint, pictured right, along with his uncle Thomas, left, described Ellis’ neck as ‘thin’ according to documents relating to her execution held by the National Archives. Pierrepoint carried out the execution 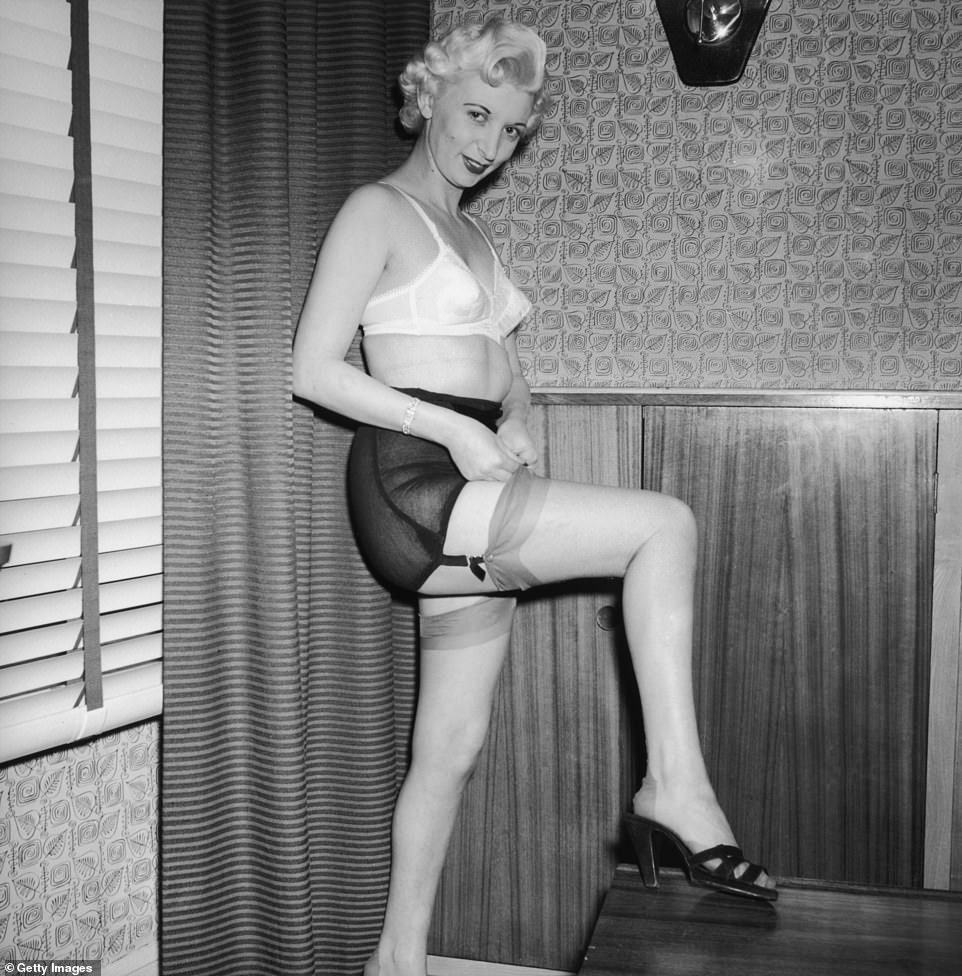 Hours before her death Ellis finally admitted that she received the gun used to murder Blakeley from another of her lovers, Desmond Cousins, who drove her to Hampstead to carry out the crime. These were details that were never raised in court 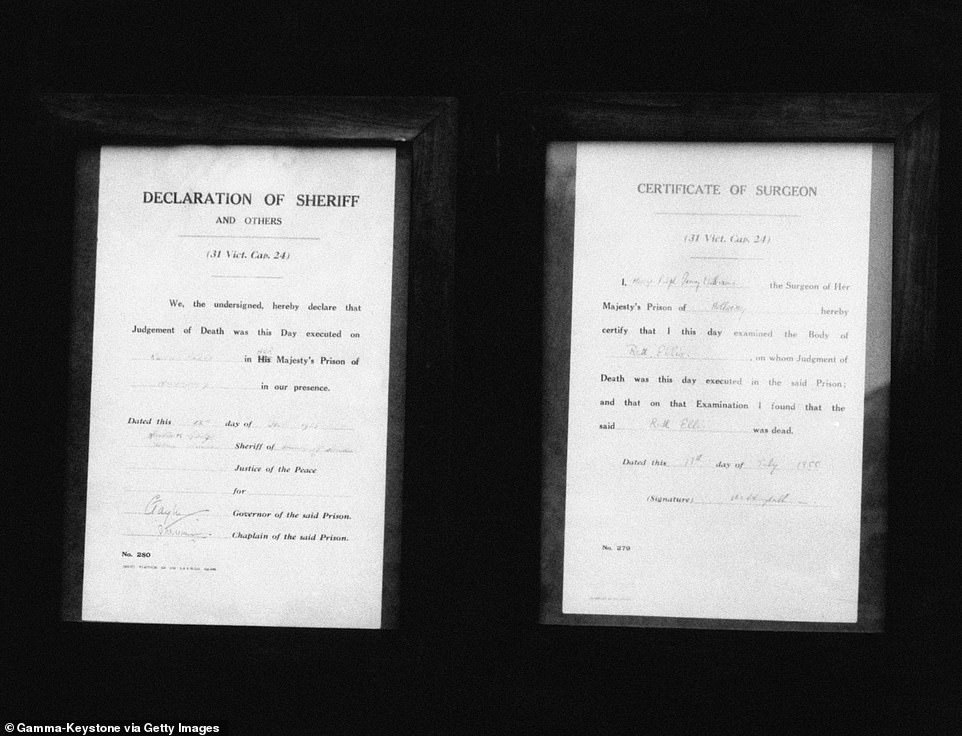 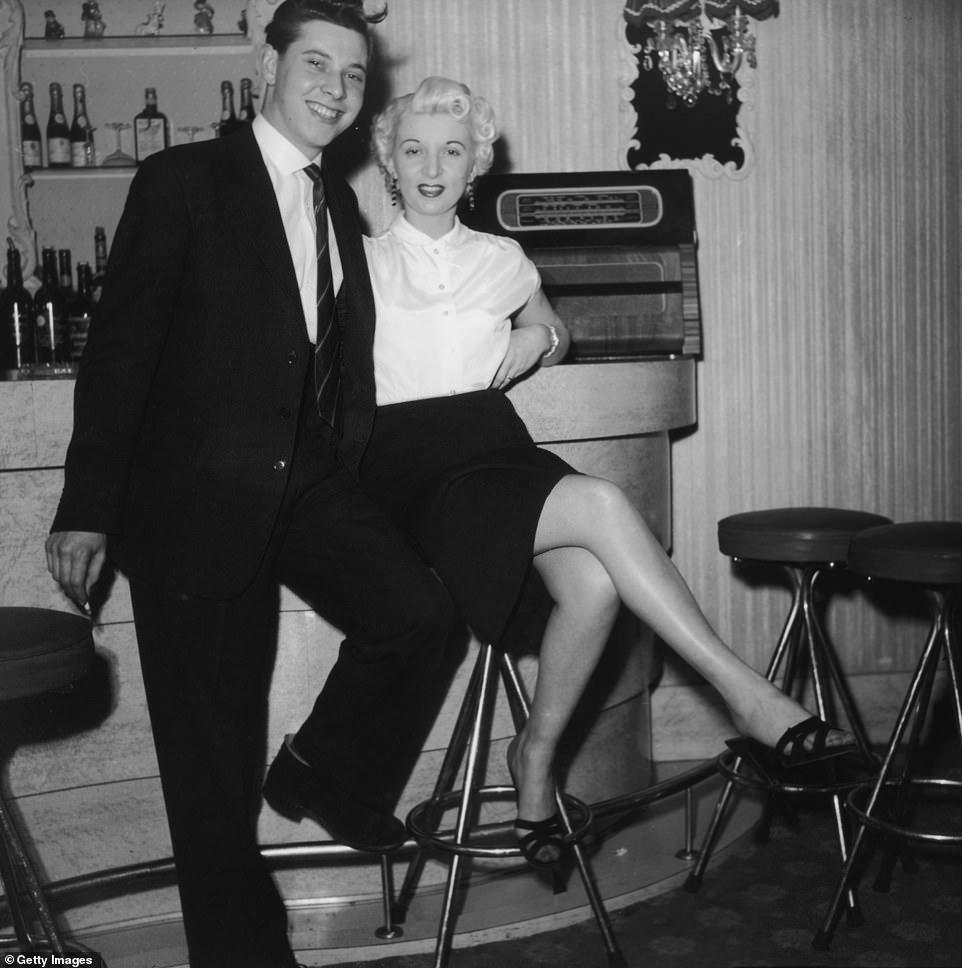 Ellis managed The Little Club in Knightsbridge, pictured, which caused much speculation about her lifestyle

The trial heard Ellis called out ‘Hello, David’ as her former lover sought his car keys. She took out a .38 calibre Smith & Wesson Victory from her handbag and opened fire.

The first round missed and he tried to run around the side of the vehicle. The second round hit him forcing him to the ground.

Ellis approached her former lover and stood over him before firing a further four rounds – one from point-blank range into his back. The final bullet ricocheted off the ground and wounded a bystander.

Three months after the shooting and on the eve of her death, PO Griffin said with ‘very, very great reluctance, Ellis said: ‘Alright, I will tell you, but I can’t in front of the Officer.’

After some more persuasion, she continued with Griffin in the room and said on the night of the shooting she was given the weapon by Desmond Cousins. His name was not mentioned in the Old Bailey, nor was the jury aware that he was another lover.

According to the report: ‘He [Cousins] loaded it, and oiled it’ before handing over the weapon. ‘She says she was muddled through all the drink’ and couldn’t remember what Cousins had said when he handed over the gun.

She said she had been drinking ‘Vernat, a greenish liquid’. She said Cousins drove her to Hampstead without question. In the original court report, she claimed she had walked to the pub. 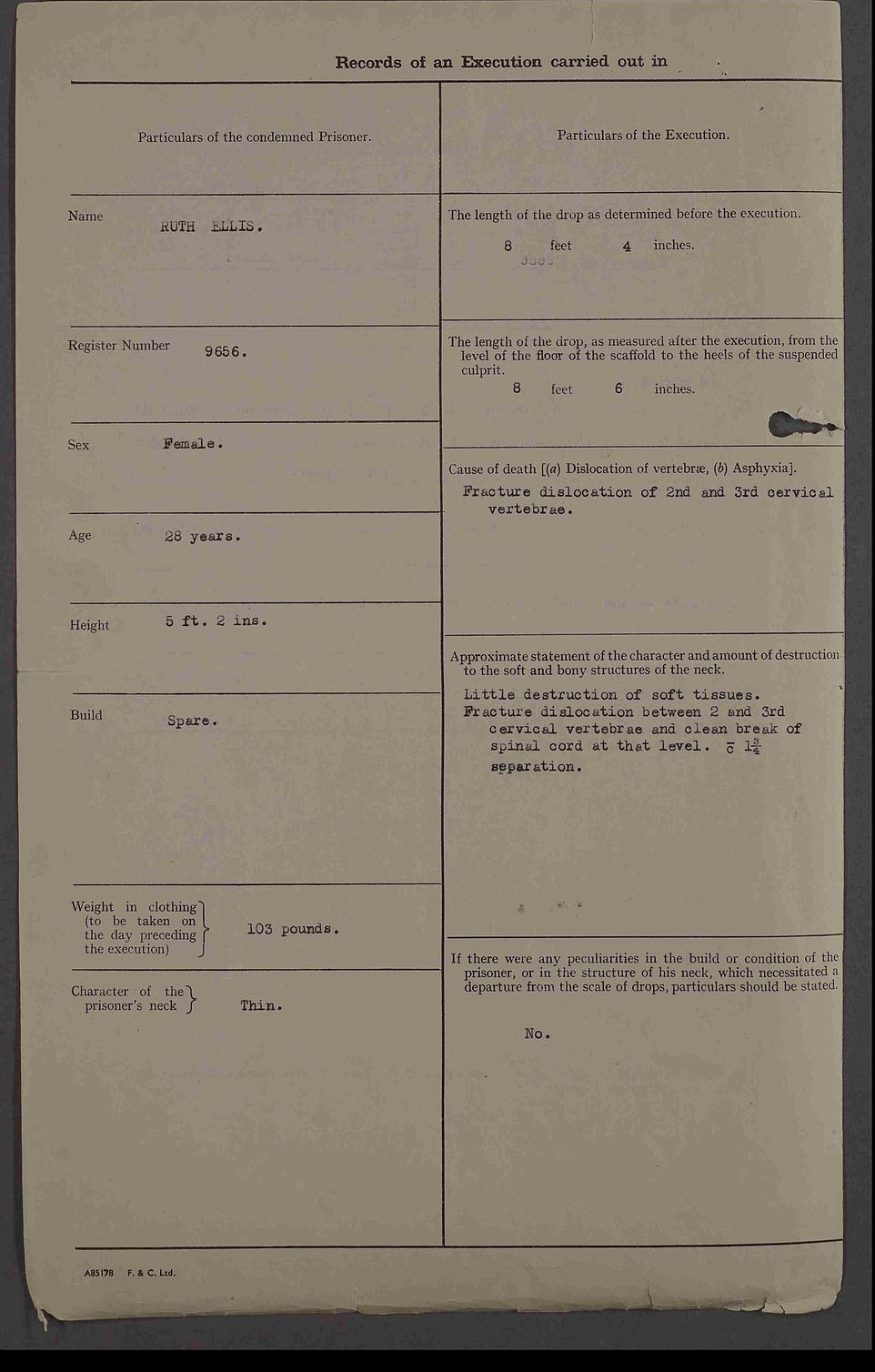 The report claimed: ‘She had never seen the gun before, only an air pistol in the flat, Blakeley was more jealous of Cousins than Cousins of Blakeley.’

Shortly before the meeting ended, Ellis admitted she ‘still doesn’t want to live’ and if she did, she could have ‘pleaded insanity at the trial’.

The public were fascinated by the case with around 250 people standing vigil outside the prison on the morning of the execution to protest against the sentence.

Though in the House of Commons there were furious exchanges with accusations that some teachers brought their pupils to the jail to witness the spectacle.

In Blackpool, public opinion was ‘shocked and scandalised by the gross commercialism of certain showmen in Blackpool who put on exhibition an effigy of Ruth Ellis one day after she was hanged’.

The Home Secretary, who ruled out abolishing the death penalty suggested ‘if public opinion is really shocked, it would have been better served if the public had not gone to see the exhibition’.

During her trial, the court heard that Blakeley had been violent towards Ellis, who tried to excuse the attacks as ‘he only hit me with his fist or hands’, or that ‘I bruise easily’.

At one stage she described one attack. She said: ‘A few weeks or days previously, I do not know which, David got very violent. I do not know whether that caused the miscarriage or not. He thumped me in the tummy.’

When asked her intention on Easter Sunday when she confronted Blakeley, she replied: ‘It is obvious when I shot him I intended to kill him.’

Ten days before her trial, a psychiatrist interviewed Ellis who found ‘no history of any previous mental illness or nervous trouble’. 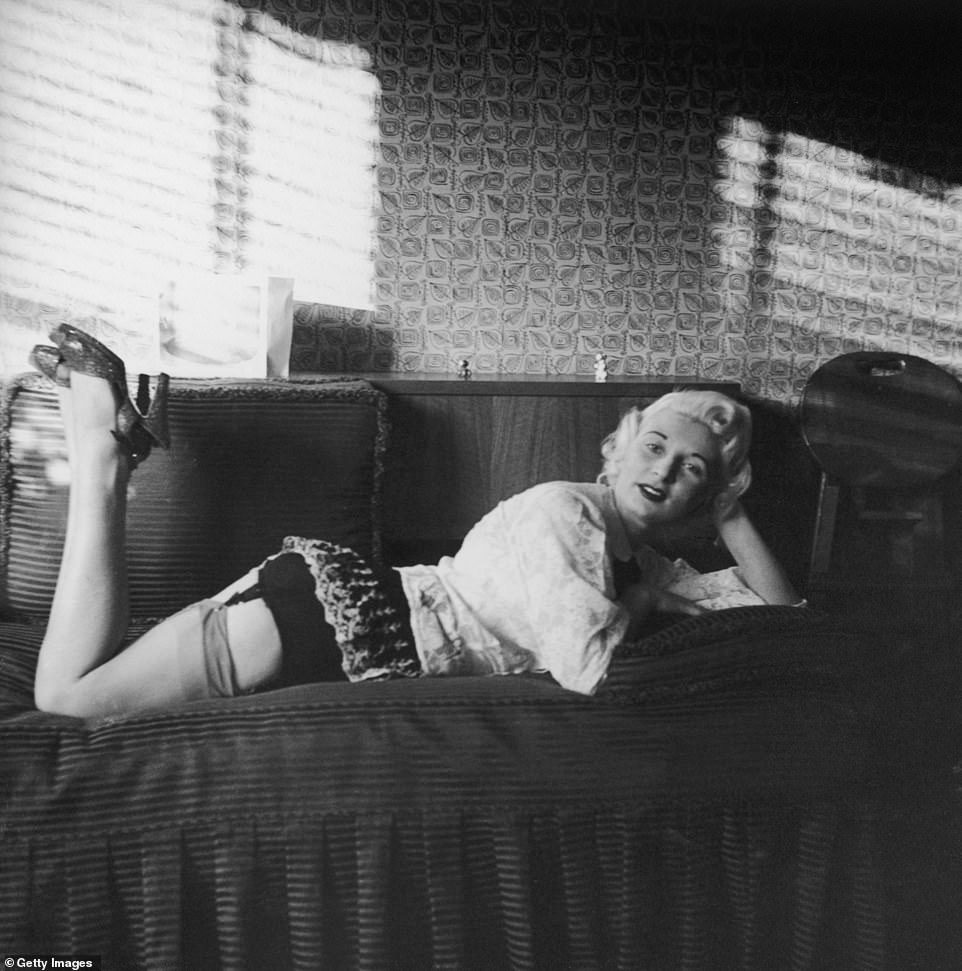 Ellis, pictured at her flat on London’s Brompton Road, said she intended to kill Blakeley when she shot him in Hampstead 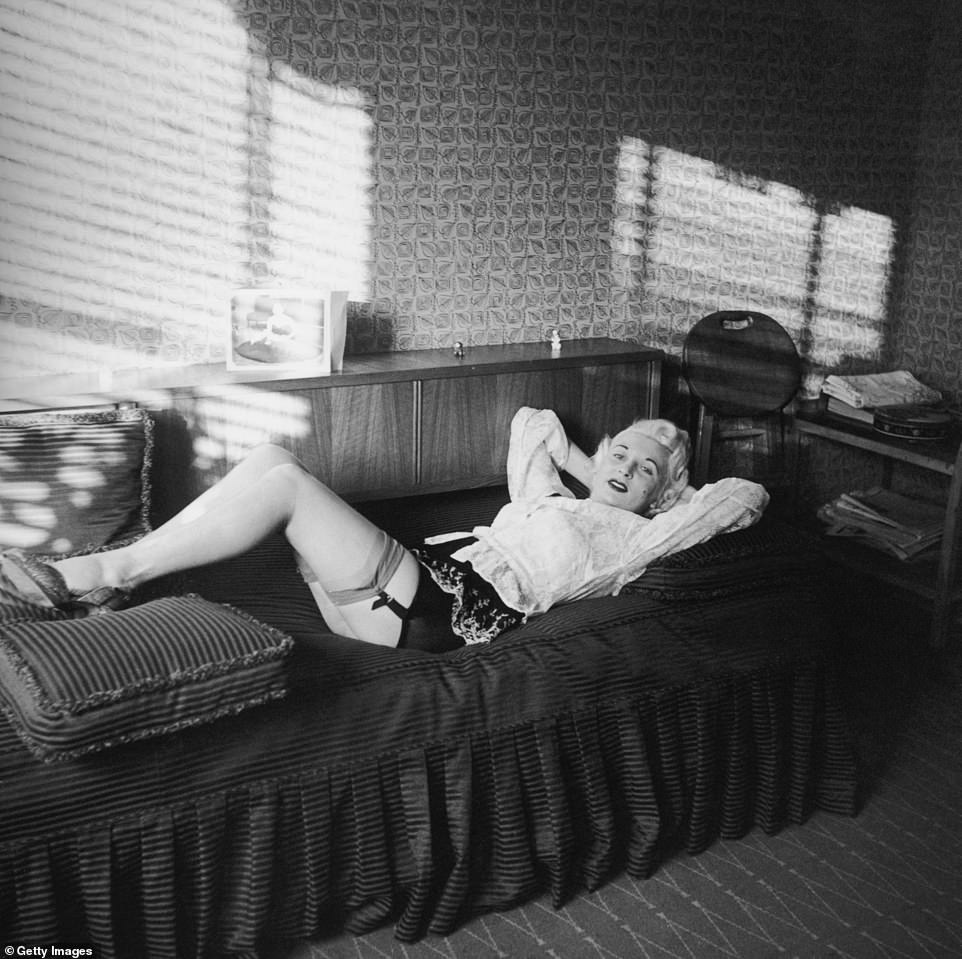 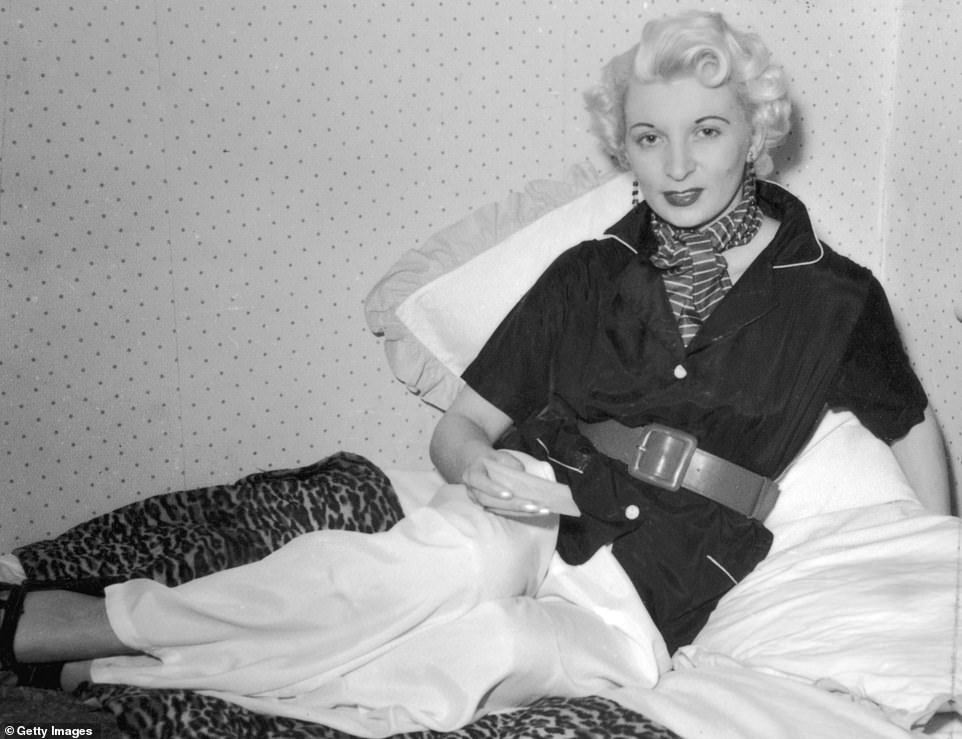 According to the psychiatric report ‘she became extremely angry with David Blakeley’ after she stood her up over the Easter weekend having previously arranged to spend time with her.

The psychiatrist asked Ellis about the day of the shooting. Ellis in reply said she left her home on Sunday evening taking with her ‘a loaded gun with the intention of shooting David Blakeley’.

She admitted she had a miscarriage ten days earlier, though she did not ‘necessitate any medical attention’.

She told the psychiatrist ‘having shot David Blakeley she felt no regret, and considered that she was justified in having done what she did because of the way in which he had treated her’.  Almost three months after the murder she ‘still felt so justified’.

The report by A C Dalzell concluded that there was no evidence Ellis ‘was suffering from, or had been suffering from delusions, hallucinations or other symptoms of mental disorder’.

He claimed Ellis knew that shooting Blakeley was wrong and was aware of the consequences. He said that in his opinion Ellis was ‘of sound mind’ and was ‘fit to plead’. 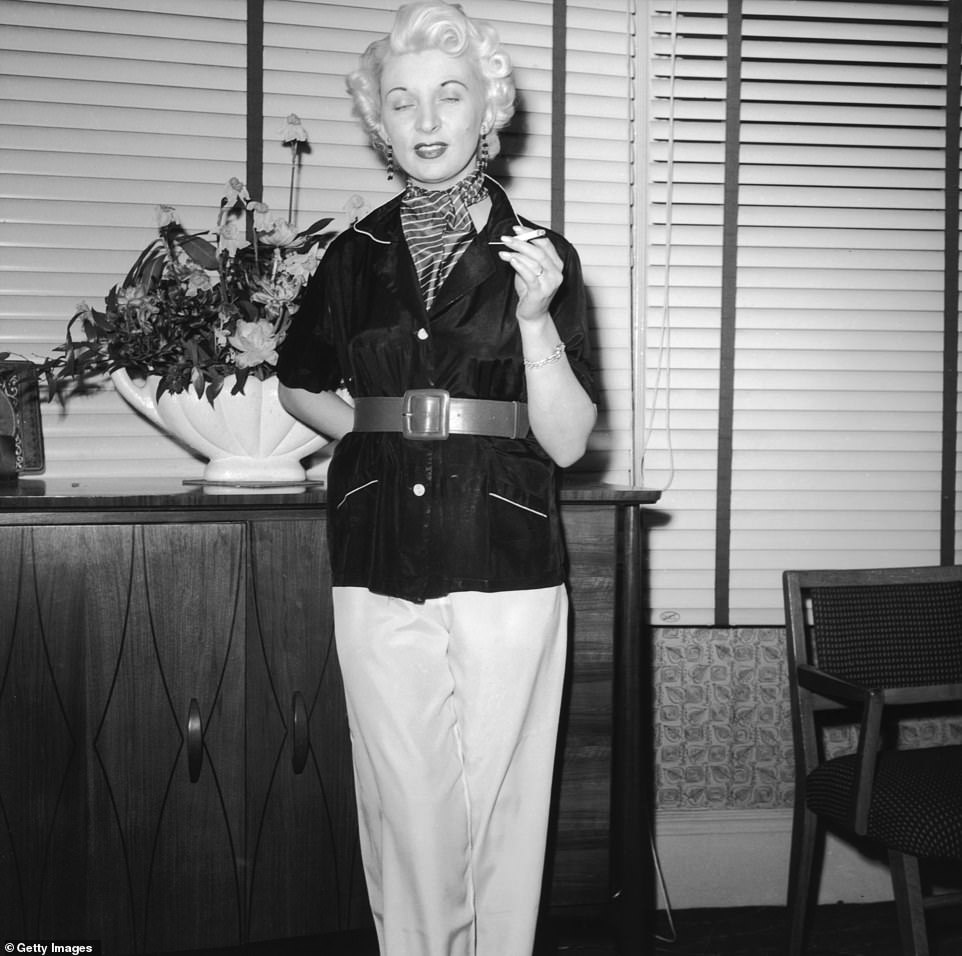 The day after her execution, a showman in Blackpool unveiled a waxwork of Ellis, pictured here in the flat above The Little Club in Knightsbridge. The public was outraged by the ‘commercialisation’ of the killer’s notoriety and the exhibition was raised in the House of Commons 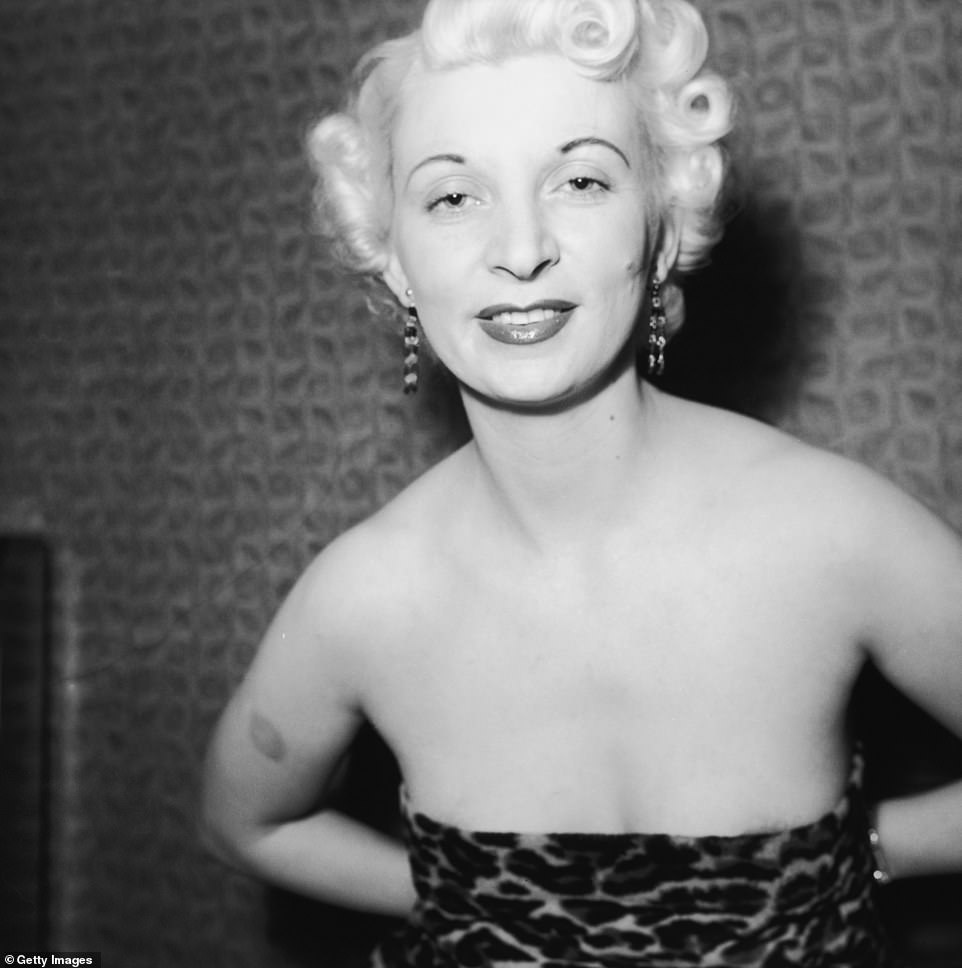 Ellis, pictured, refused to reveal the name of her accomplice until hours before her execution when she admitted Desmond Cousins ‘cleaned, oiled and loaded’ the gun before handing it to her. She told her lawyers that she ‘didn’t want to get anyone else into trouble’ 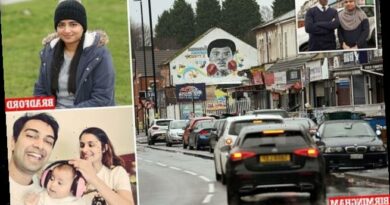 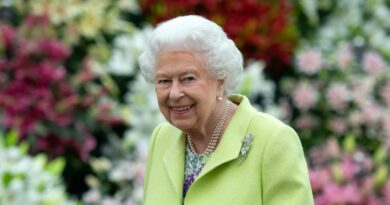