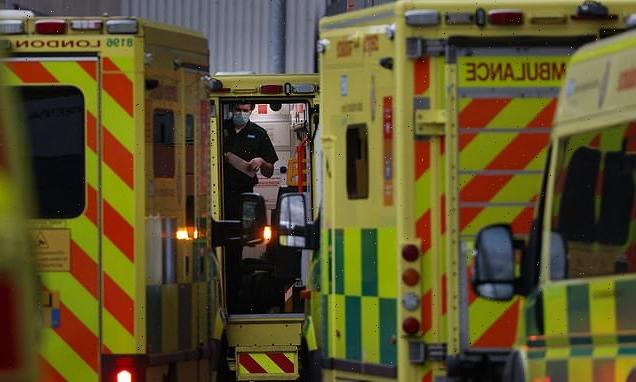 Many in hospital with Covid went there with another ailment: Five reasons why we can all be optimistic about virus battle

While Covid cases have been rising in the UK, ministers are increasingly confident the current wave of the apparently milder Omicron strain will not overwhelm the NHS or require further restrictions. Here are five reasons for that optimism.

The overall number of patients in hospital with Covid has increased and currently stands at 9,546 in England.

Crucially, however, this data does not distinguish between patients admitted ‘for’ Covid and those ‘with’ Covid. 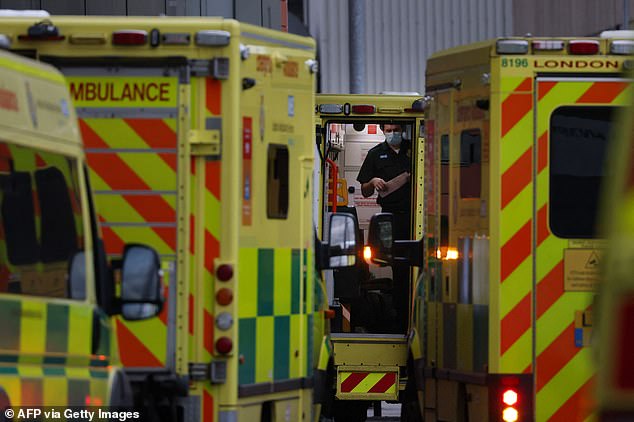 The overall number of patients in hospital with Covid has increased and currently stands at 9,546 in England. Pictured, ambulances outside the Royal London hospital on Tuesday

NHS chiefs say that since Omicron became dominant, they have noticed a huge rise in ‘incidental’ admissions – when patients test positive for Covid after being admitted to hospital for a different illness.

Chris Hopson, of NHS Providers, said yesterday: ‘The difference this time is we’ve got quite a few patients who are coming in – they might have fallen off their bike and knocked their head or broken their leg – and what’s happening is they’ve got no symptoms but when they arrive, they’re actually testing positive for Covid.’

As many as one in four Covid patients in London hospitals were admitted for another reason, up from 15 per cent in the autumn.

And overall there are now 3,025 in London hospitals compared with 7,917 at the peak of the epidemic last January.

Cases are no longer surging

Health Secretary Sajid Javid told MPs earlier this month the UK was on track to have one million Omicron infections a day by New Year’s Eve. But his gloomy prediction appears wide of the mark.

In early December, Omicron cases were doubling every two to three days. That has now slowed down significantly.

Yesterday 129,471 cases were recorded across the UK. Although this is a record high for the pandemic, there are positive signs that the dramatic day-to-day surge in cases is flattening off. The rate at which infections are increasing has halved in the past week. 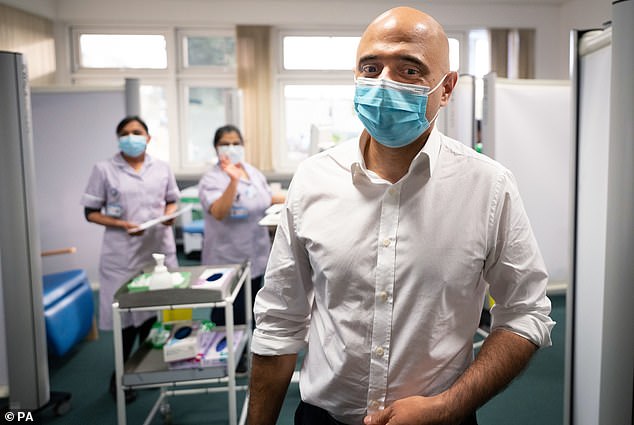 Sajid Javid, pictured, told MPs earlier this month the UK was on track to have one million Omicron infections a day by New Year’s Eve but his gloomy prediction appears wide of the mark

Doctors say patients are being discharged earlier, with an average stay of three days.

While the total number of patients in hospital has increased over the past month, the number of intensive care beds occupied has fallen slightly. The latest data shows there are 842 on ventilators around the UK, compared with 1,847 this time last year and 4,000 at the peak.

This fits in with studies that show Omicron is less likely to cause severe illness than previous strains. The UK Health Security Agency says patients are 50 to 70 per cent less likely to be admitted to hospital.

The NHS is also rolling out antiviral pills, which the most vulnerable can take at home, slashing hospitalisation rates.

Vaccines remain remarkably effective at preventing hospitalisation, even though Omicron has blunted their ability to prevent infection.

In London four in ten people hospitalised with Omicron are completely unvaccinated, while frontline doctors say almost all of those in intensive care are unjabbed.

NHS figures show that unvaccinated patients are up to 60 times more likely to end up in intensive care than those who have been jabbed. 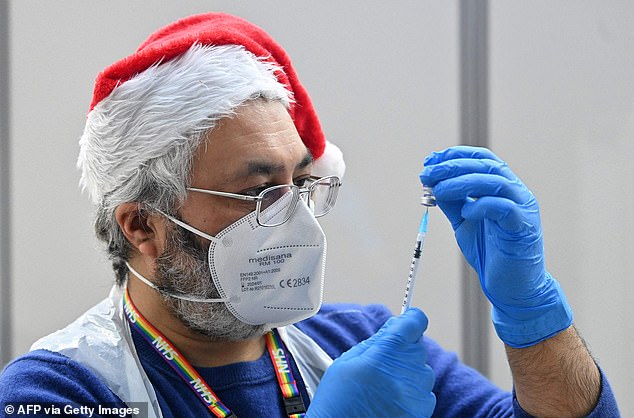 Vaccines remain remarkably effective at preventing hospitalisation, even though Omicron has blunted their ability to prevent infection. Pictured, an NHS health worker prepares a dose of the vaccine on Christmas Day

In London three in five intensive care beds at the start of December were occupied by patients who had not had a single dose.

And nine in ten of the most severely ill patients – receiving an ‘artificial lung’ therapy called Extra Corporeal Membrane Oxygenation – are unvaccinated.

With the vaccine rollout continuing at pace, experts are confident jabs will ultimately prevail against Omicron. So far nine in ten over-12s have had one dose, and 56 per cent have had all three doses.

Omicron has yet to lead to a rise in deaths in the UK, even as the number of cases and hospitalisations increase.

Yesterday 18 deaths were recorded, and fatalities are averaging 84 a day. At the peak last January, deaths consistently topped 1,000 a day with a record 1,820 on January 18.

They are currently averaging around 50 deaths a day, down from more than 400 in the summer.

Furious mum pulls son, 7, out of school after teacher tapes his mouth shut for ‘gossiping’