Pokemon trainers may want to catch all of these new OREO cookies.

As of September 13, a much anticipated collaboration between the iconic snack and the viral cartoon and collectible franchise will be official. The limited-edition Pokémon x OREO cookie pack is set to hit shelves nationwide next Monday, but is available for preorder on oreo.com beginning Wednesday.

The team-up with Mondelez-owned (MDLZ) brand OREO features up to 16 unique cookie embossments that feature Pokémon like Pikachu, Bulbasaur, Charmander and Squirtle.

Similar to other experiences the global brand creates, Pokemon lovers will have a hard time finding certain cookie embossments according to an executive at Pokémon, making this OREO's first rarity scheme. The cookie giant hinted at this collaboration back in June on Twitter — leaving fans hungry fore more details.

"OREO has captured the love of discovery for the Pokémon brand in so many surprising ways," Tim Moore, a senior director at The Pokemon Company International, told Yahoo Finance in an email. The release is timed to the 25th anniversary of the franchise.

To mark the occasion, the Tokyo-based company aims to both grow its current fan base and bring in a new audience with a year-long goal to "provide existing fans with something unexpected, as well as to engage new fans with fun elements inherent to the franchise," Moore added.

Moore says innovation is a key element to the Pokémon brand in both the products it creates and the way in which it engages with its fans.

He added: "This year in particular, we were focused on delivering a wide variety of entertainment experiences across our video games, mobile apps, animation, the Pokémon Trading Card Game, as well as our promotions and marketing campaigns."

For OREO, innovation and partnerships are also a key driver. Earlier this year, the brand created Lady Gaga OREOs inspired by the singer's Chromatica album; and packaging that looked like Green Giant products such as Rice Veggies.

Olympia Portale, an OREO executive, says the company received "a great response from past partnerships and collaborations that tap into cultural phenomena, and our limited-edition cookie flavors are key drivers in OREO growth across the category." But this may be just the start of potential synergies between the two brands.

On top of the limited-edition cookie pack, there will also be an art installation with more than 8,000 3D replicas of the Pokemon embossed OREOs placed on a mural. The piece will create a "larger-than-life, Pikachu-themed design" on the Venice Beach Boardwalk in Los Angeles from September 7th to October 3rd.

Olympia said the collaboration has been in the works for over a year now, with fans at the top of mind.

Meanwhile, Mondelez has been dealing with worker strikes at its Nabisco unit. About 1,000 of union members in five states have walked off the job to protest what they say are “unfair” demands for concessions in contract negotiations with Mondelez.

Brooke DiPalma is a reporter for Yahoo Finance. Follow her on Twitter at @BrookeDiPalma or email her at [email protected] 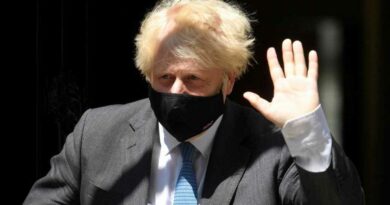