The extraordinary case of “Canoe Man” John Darwin began to unravel on Dec 1, 2007.

The former prison officer walked into the London’s West End Central police station, claiming to have been suffering from amnesia. He told officers he had no memory of the past five years, but suspicions had already been raised long before Darwin’s “return from the dead”.

Darwin and his wife Anne had fallen into debt despite owning a number of rental properties, and by December 2000 the couple were already talking about faking Darwin’s death in order to collect on a £250,000 life insurance policy and pay off their £130k mortgage.

Darwin was seen to set off from the County Durham seaside resort of Seaton Carew in his canoe on the morning of March 21, 2002.

Five RNLI lifeboats, and an RAF helicopter, two coastguard rescue teams, and a police aircraft with equipped with thermal cameras took part in a vast air and sea search, while police combed the coastline near where Darwin was last seen.

Eventually, Darwin’s wrecked kayak was found a few months later, near the mouth of the River Tees.

The “grieving widow” told TeesideLive at the time: “All I want is to bury his body. It would enable me to move on. It’s difficult to grieve without bringing things to a close but as it is, I’m in limbo.”

But all the while, Darwin had secretly returned home, stealing the identity of a dead man of similar age named John Jones.

He spent his days in the property he owned next door to his home. It was split into 15 bedsits, and Darwin had constructed a secret passage from one of the flats into the bedroom where his his “widow” slept.

Anne Darwin played the role of grieving widow for four years. Even the Darwins' two sons believed their father was dead.

There was the odd slip-up: One of the Darwins’ tenants bumped into John and asked him: "Aren't you supposed to be dead?"

John warned him: "Don't tell anyone about this,” and luckily the tenant agreed.

Another former co-worker from Darwin’s prison officer days spotted him. The police looked into it and Anne managed to convince the man had seen a cousin of John’s “who looked just like him".

The couple desperately tried to find a property overseas where they could get away from any previous connections.

They settled on Panama and went on a fact-finding trip there in 2006, John travelling under his “John Jones” identity.

The couple met with owner and director of Move to Panama, Mario Vilar, and foolishly allowed themselves to be pictured with him.

"I certainly wasn't happy having my picture taken,” Anne said. “We had been particularly careful about such things."

Anne began winding up their financial affairs in preparation for a move to "a nice, hot Catholic country,” as she described Panama to her son Mark.

They might have got away with it, but John wanted to go home. He told Anne he planned to return to the UK and claim he had been suffering from amnesia.

And so, at 5:30pm on December 1, 2007, a "tanned and relaxed” John Darwin walked into West End Central and told an officer "I think I am a missing person.”

Within days he had been arrested on suspicion of fraud and charged with obtaining money by deception and using false information to claim a passport.

The following March he pleaded guilty to seven charges of obtaining cash by deception and one passport offence, but Anne denied the charges levelled at her.

It made little difference though, John was sentenced to six years and three months, while Anne was handed a six and a half year sentence.

John was sent to at Moorland open prison in Doncaster, South Yorkshire while and was shipped off to Askham Grange jail, in York.

They were both released in early 2011. Their marriage broke up during the crisis – not least because “John Jones” had started a romance with an American woman named Kelly Steele while John Darwin was presumed dead..

Im 2018, Darwin appeared at Teesside Crown Court after only paying back £122 of the £679,073 he owed his insurers, while Anne had repaid over half a million pounds by the same point.

Cleveland Police has stressed that it would continue to ensure Darwin did not profit from his crimes. 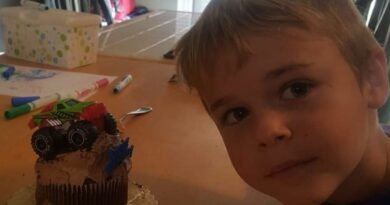 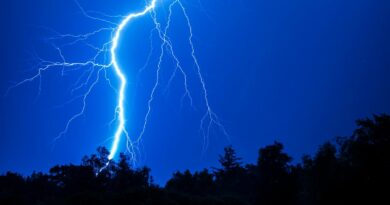