It's hard to argue against Jerry West's accomplishments. He personified the Los Angeles Lakers for 14 years, making the All-Star team every season, being elected to 12 All-NBA teams and leading the team to a title in 1972.

Despite all that, Jeanie Buss doesn't consider West one of the top-5 most important Lakers of all time. Buss appeared on the "All the Smoke" podcast in April, where she included Kobe Bryant, Kareem Abdul-Jabbar, Phil Jackson, LeBron James and Magic Johnson on that list.

West interpreted that as a snub, calling Buss' list, "One of the most offensive things I've ever heard" during a podcast with Peter Vecsey, according to CBS Los Angeles.

“I saw the other day Jeanie Buss made a statement, the five most important Lakers, one of the most offensive things I’ve ever heard in my life. I was there a lot of times, had a lot of success,” West told Vescey. “Be curious to know if they would have had that success if I hadn’t been there.”

“And I don’t ever take credit for stuff, I don’t. When I was around, maybe I was just a good luck charm,” West went on. “But I do know, that when this thing fell apart, there was a lot of years where they weren’t very good.”

In Buss' defense, picking a list of the five most important Lakers is extremely difficult. She said as much when put on the spot during the podcast. Shaquille O'Neal, Wilt Chamberlain, Elgin Baylor and James Worthy didn't make Buss' list, and you can argue they all deserve consideration. Jackson might be a controversial pick, but he did win five championships while coaching the team.

James making the list could be controversial considering he's only spent three seasons with the team, but it's hard to argue against his results. James has continued to put up strong numbers with the team, and led them to another championship last season.

In addition to that, James' off the court impact gives him an edge over the competition. James' commitment to helping others — through his I Promise school, More Than a Vote organization and other resources — is a key part of what makes James one of the most important members of the franchise.

James can help his case by leading the Lakers to yet another championship this season. The road to another title could prove more difficult this season, especially if the Lakers have to go through the play-in tournament. 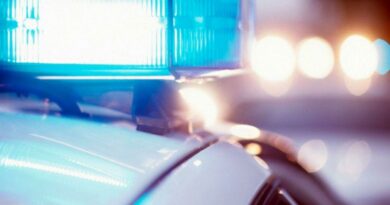 Surge in fatal accidents at US Grand Canyon national park

Pregnant woman, 39, and her unborn child are killed in Northampton horror crash as cops arrest man, 31