Joe Biden has been slammed for his decision and warned he is “seriously compromised” as criticism continues to pile up on the US President. The Fox News anchor claimed the US is now being seen as “weak” and reminded the public has to put up with him for “another three and a half years”. The furious tongue-lashing came as the last evacuation flight left Afghanistan on Monday night, bringing an end to a 20-year conflict launched in the aftermath of the September 11 attacks.

Speaking on Fox News, the commentator went on a rant about Joe Biden: “President Biden, he will not resign, and he won’t be removed from office/

“There is great reluctance to install president Harris, but Biden’s leadership has been seriously compromised.

“That’s an appearance of weakness.

“That’s just not right at a time like this. He doesn’t answer questions, or when he does, they come from reporters he is ‘instructed to call on’.”

Mr Varney continued: “Who instructs him? Who writes his scripts? Who’s really in charge?

“The Democrats will try to recover. They will ignore the debacle in Afghanistan as much as they can, they will move on, just like they moved on from Clinton and Lewinsky.

“There’s another three and a half years of this still to come.”

US forces withdrew from Afghanistan on Monday, ending their 20-year presence and leaving the Taliban in control.

Thousands have been fleeing their homes in Afghanistan to neighbouring countries.

President Biden met the remains of 13 troops killed in an ISIS-K claimed terror attack in Kabul on Sunday.

He said: “We met with the families of 13 fallen heroes in Afghanistan, who lost their lives in the service of our country.

“While we’re praying for the best in Louisiana, let’s keep them in our prayers as well.” 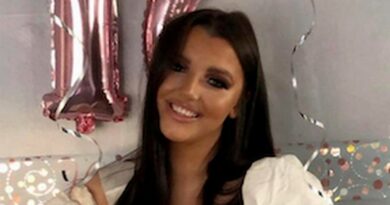