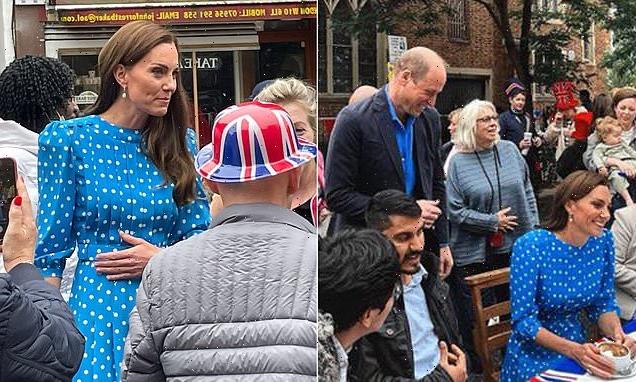 The Duchess and Duke of Cambridge have been seen in London today greeting Royalists out marking the Jubilee’s last day.

Kate Middleton, 40, was spotted in Kensington, just a short walk from her London residency of Kensington Palace, at a street party with her husband Prince William, 39.

She is one of an up to an estimated 18 million people who took part in an afternoon lunch outside to mark the Queen’s 70 year reign.

The Duchess was dressed in a blue dress with white polka dots In Kensington which she later changed out of when she appeared at the Royal Box in pink on the fourth day of the Jubilee weekend.

She then appeared on the Buckingham Palace balcony with The Queen, Prince Charles, Camilla, her children and husband as Her Majesty, 96, told those on the Mall she was ‘humbled and deeply touched’ by those taking to the streets in her honour. 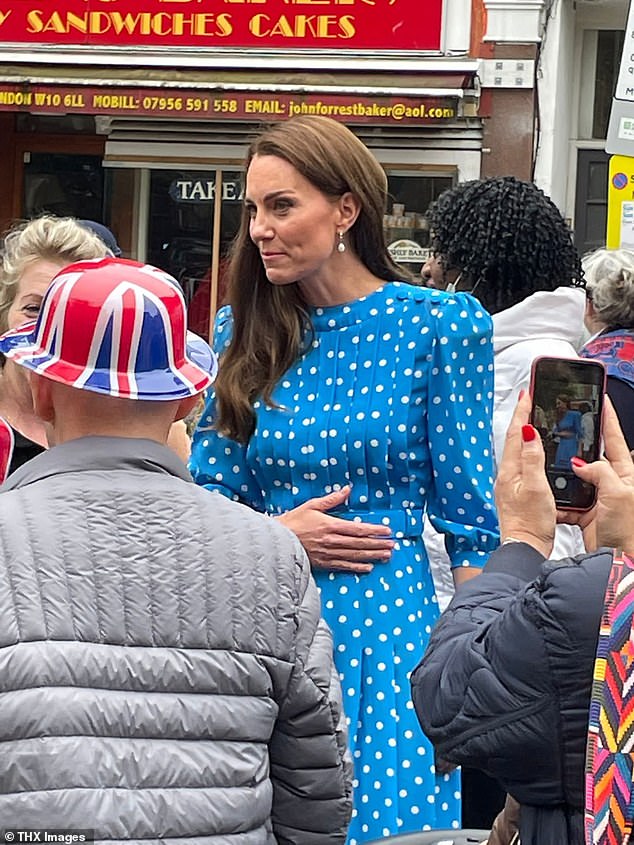 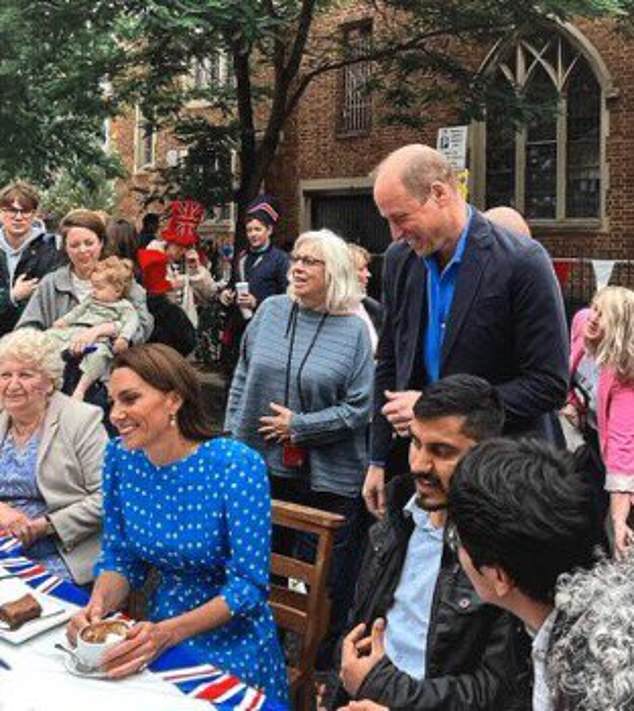 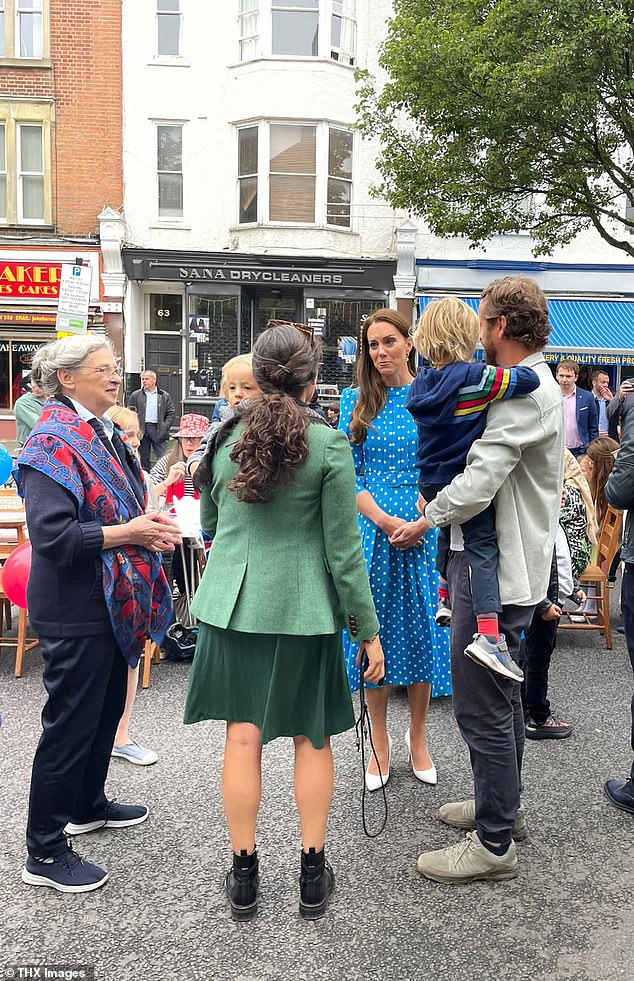 The Duchess looks on as she talks to residence in Kensington 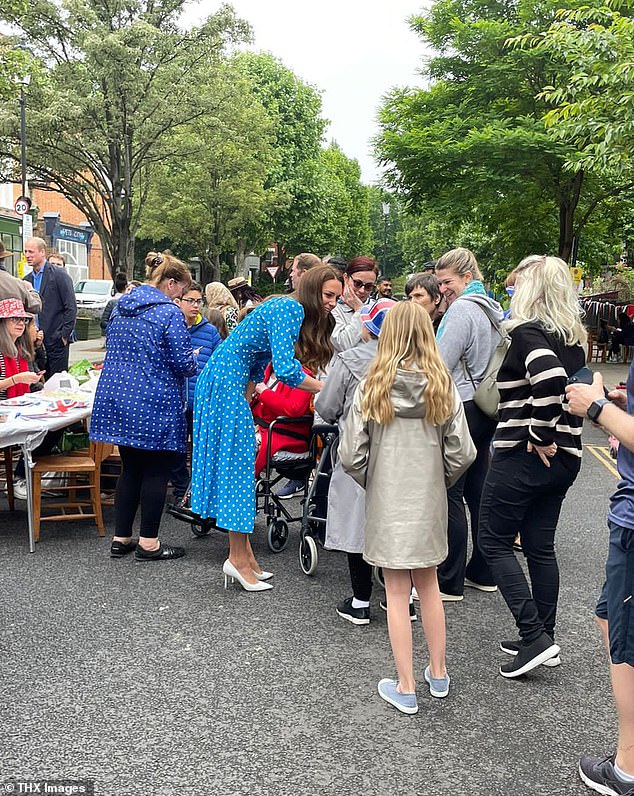 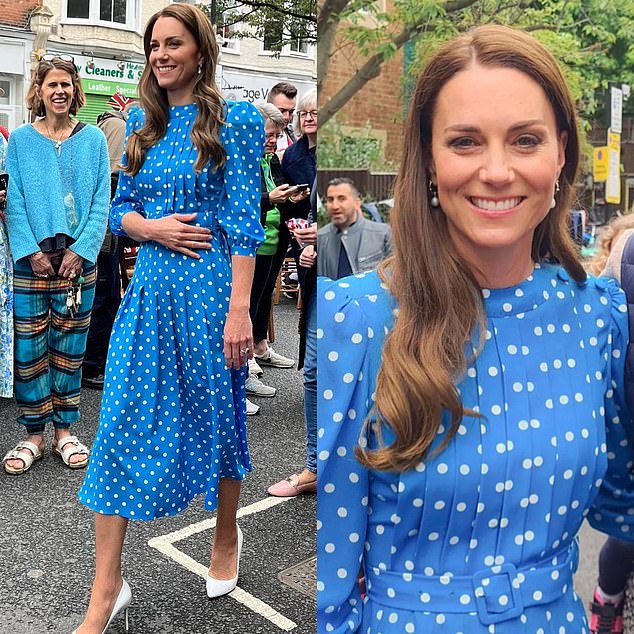 While the Royal couple were out in Kensington, they were pictured sitting down to lunch in the street on tables and chairs near Kensington Memorial Park.

As well as speaking to lots of members of the public, the couple also moved through the crowds as they paid their surprise visit.

One royal fan, who was lucky enough to pose with William and Kate, said on social media they were ‘incredibly honoured’ to have such ‘lovely words’ with both of the Duke and Duchess of Cambridge.

Later in the day, The Queen stepped out onto the Buckingham Palace balcony for less than three minutes, in her first public appearance since Platinum Jubilee celebrations began on Thursday.

The monarch, 96, was greeted by roars from thousands of spectators gathered on The Mall as Britain’s longest-serving head of state was helped onto the balcony by Prince Charles, Camilla, Kate, William, George, Charlotte and Louis.

The royals then joined the crowd in a spine-tingling chorus of God Save The Queen shortly after 5pm, bringing the the Jubilee celebrations to a close. 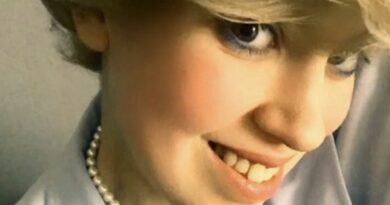 Japan to end virus emergency in Tokyo despite rebound fears