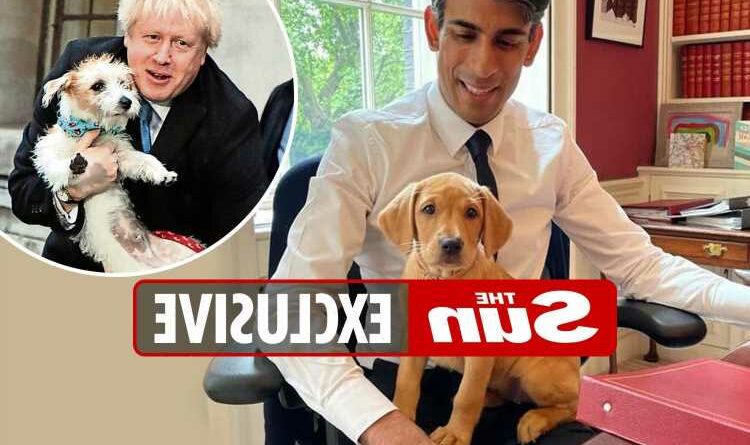 The eight week old fox red Labrador posed for The Sun on the Chancellor’s lap in his 11 Downing Street study yesterday. 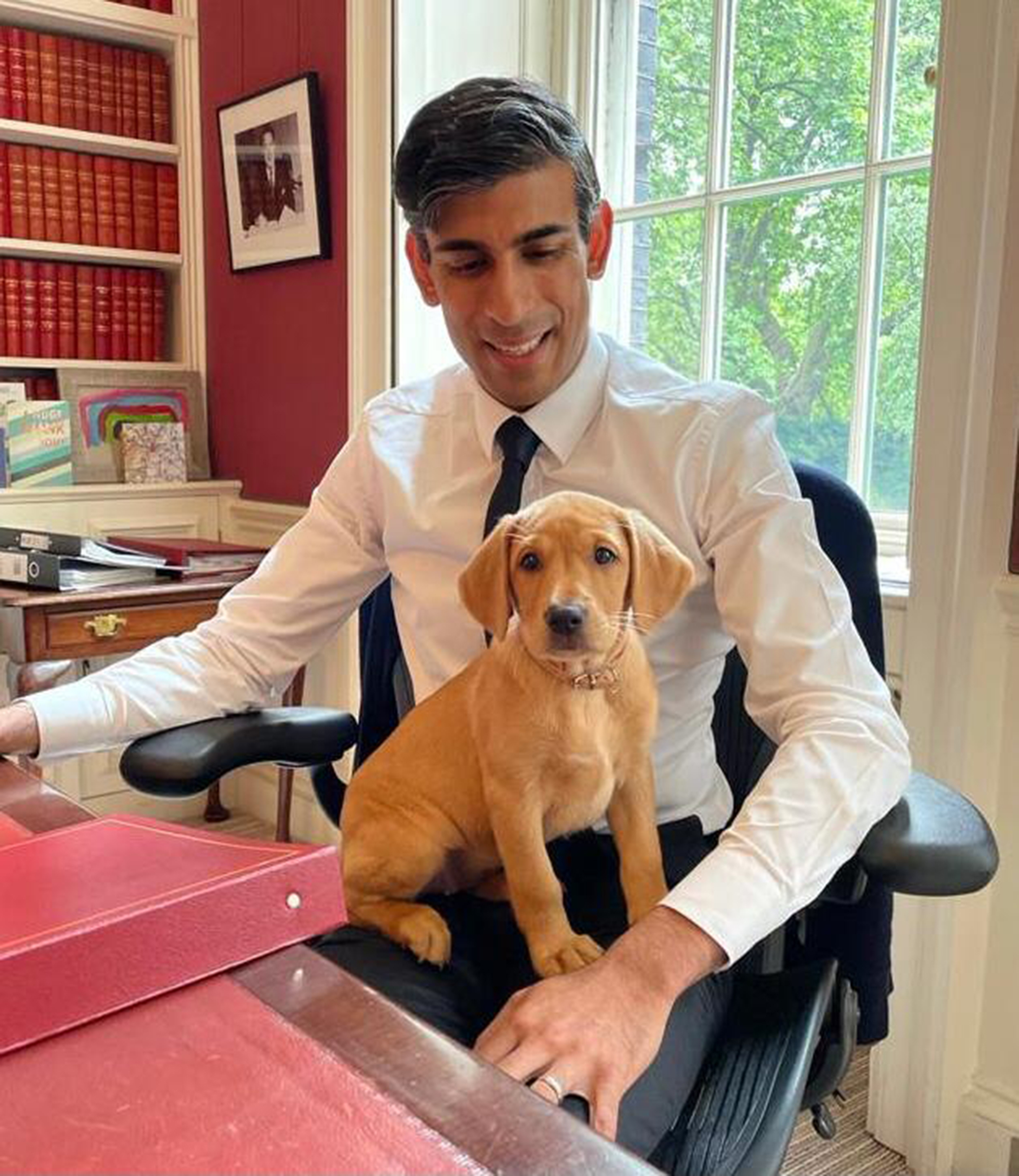 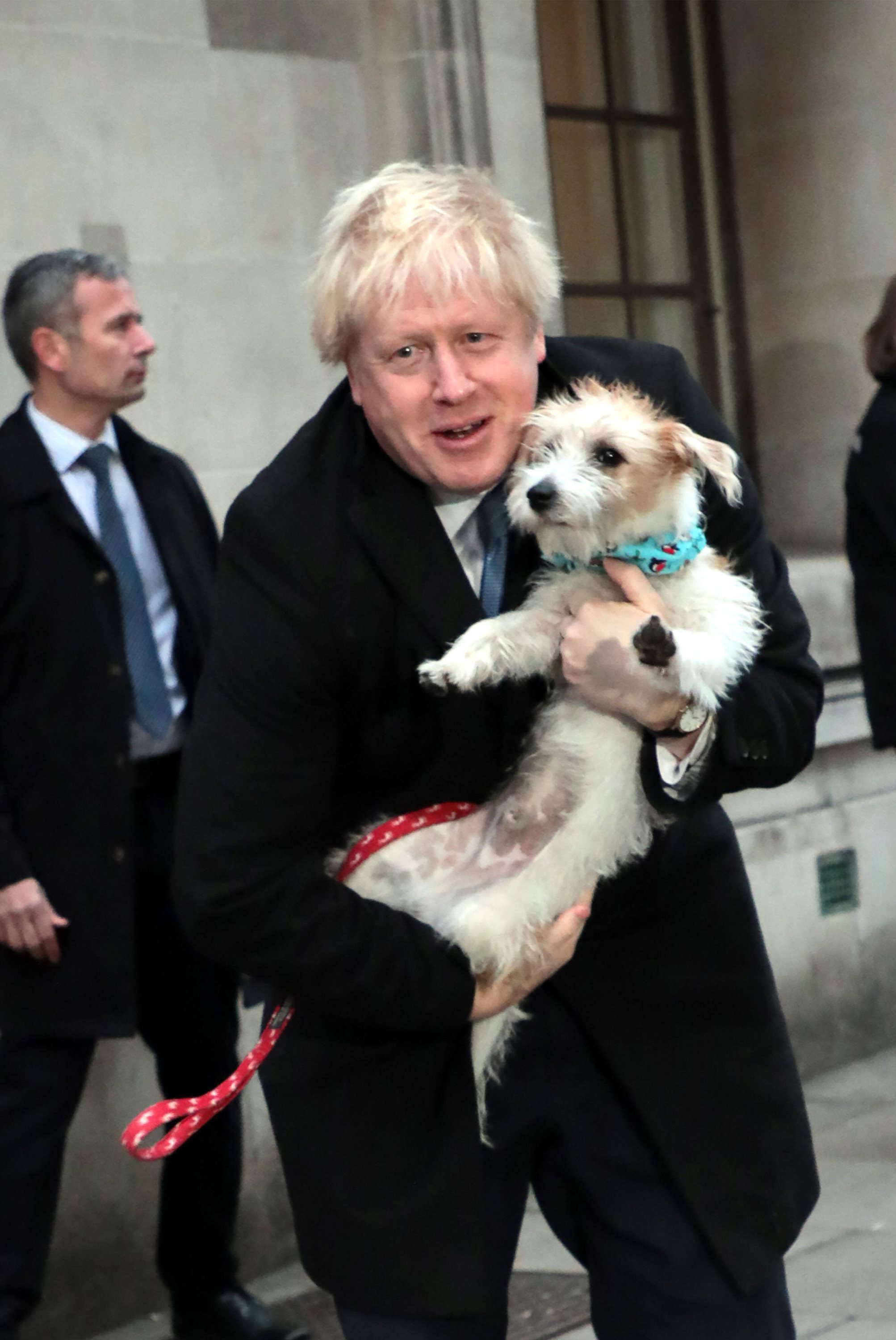 After meeting neighbour Boris Johnson’s rescue pooch Dilyn, Mr Sunak’s young daughters had been pestering him for months to get their own.

A No11 source said: “Rishi was fighting it but finally gave in, and the whole building is cooing over him.”

Pals say the tiny pooch has a taste for roast chicken and napping in the Chancellor’s famous red Budget box. 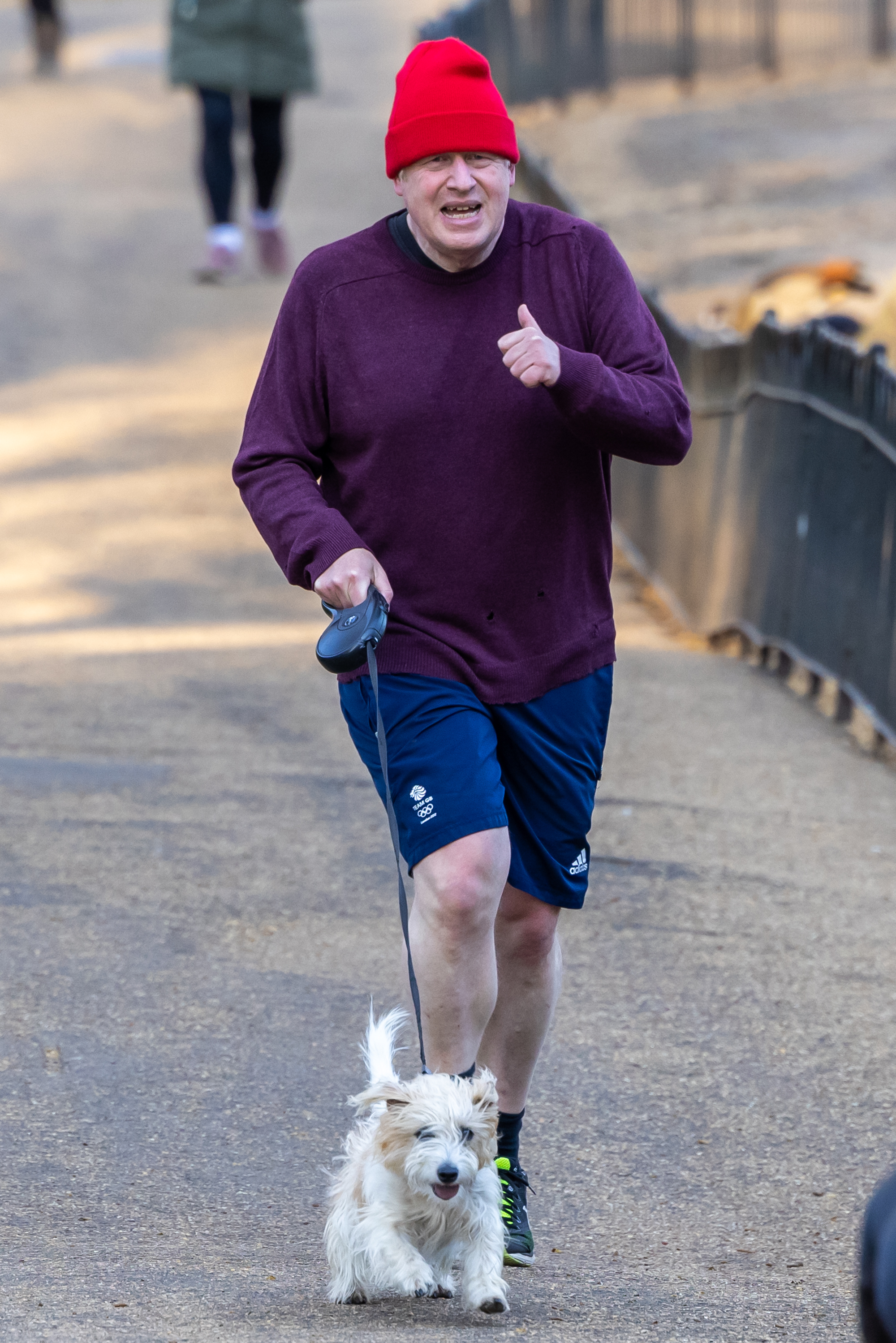 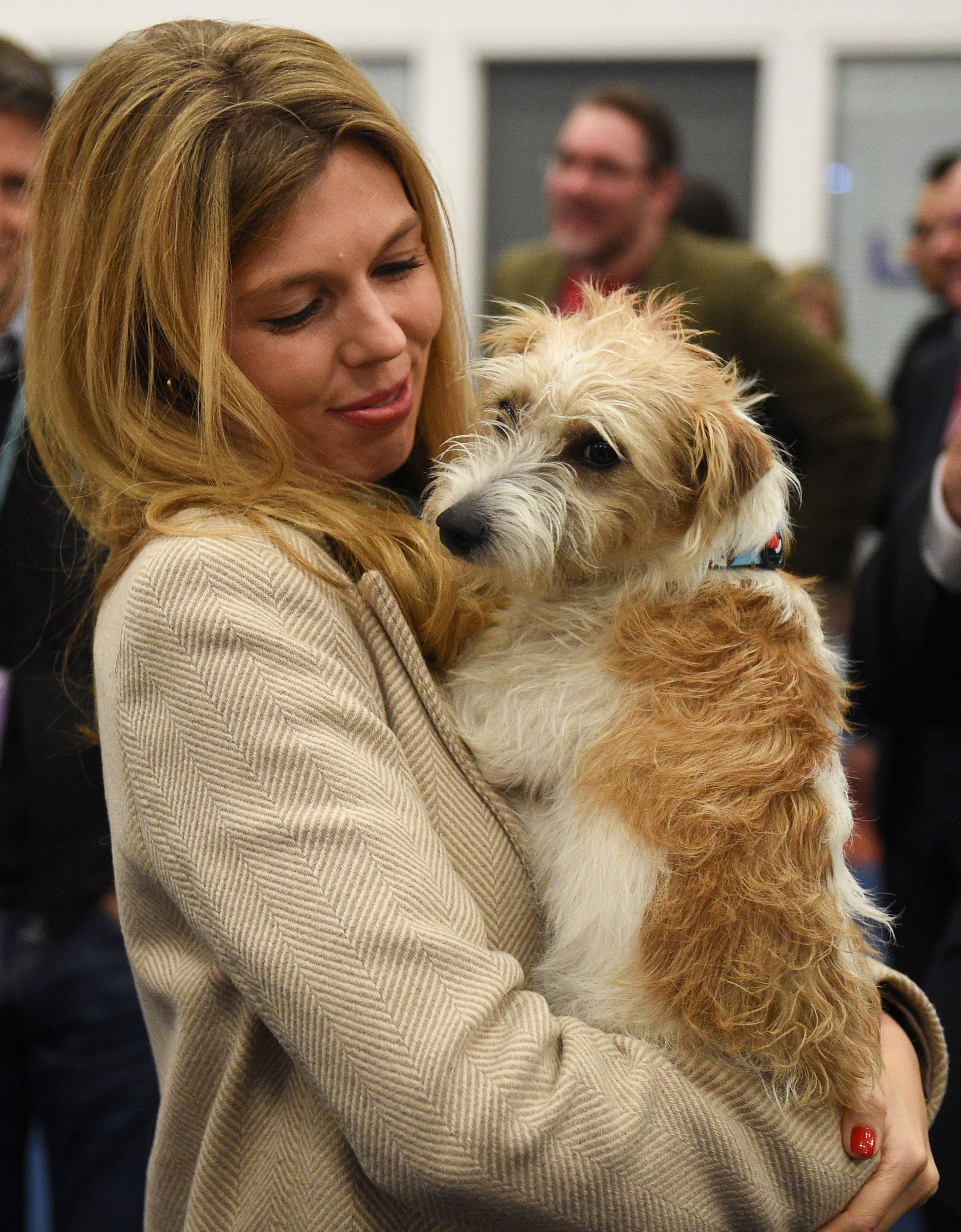 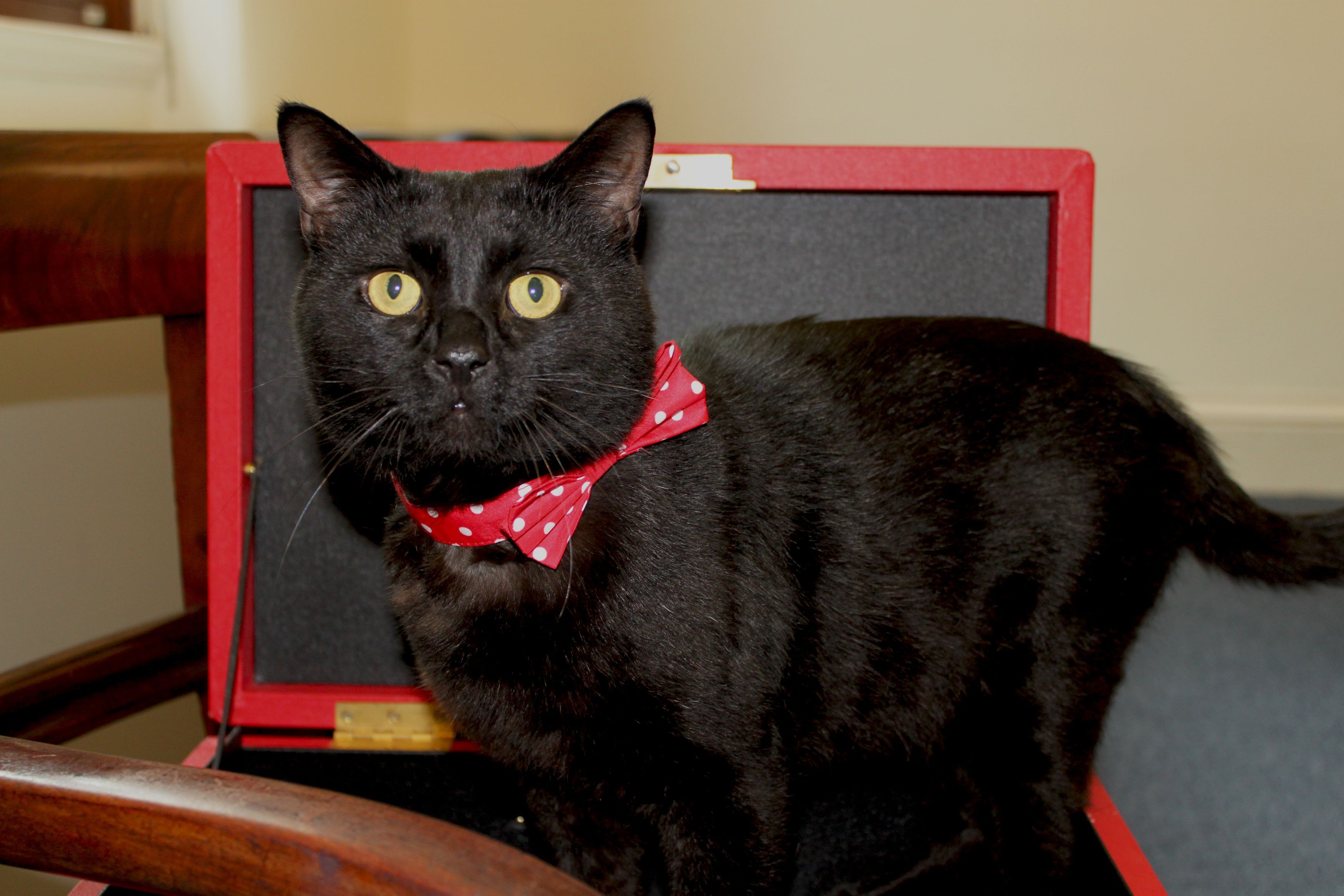 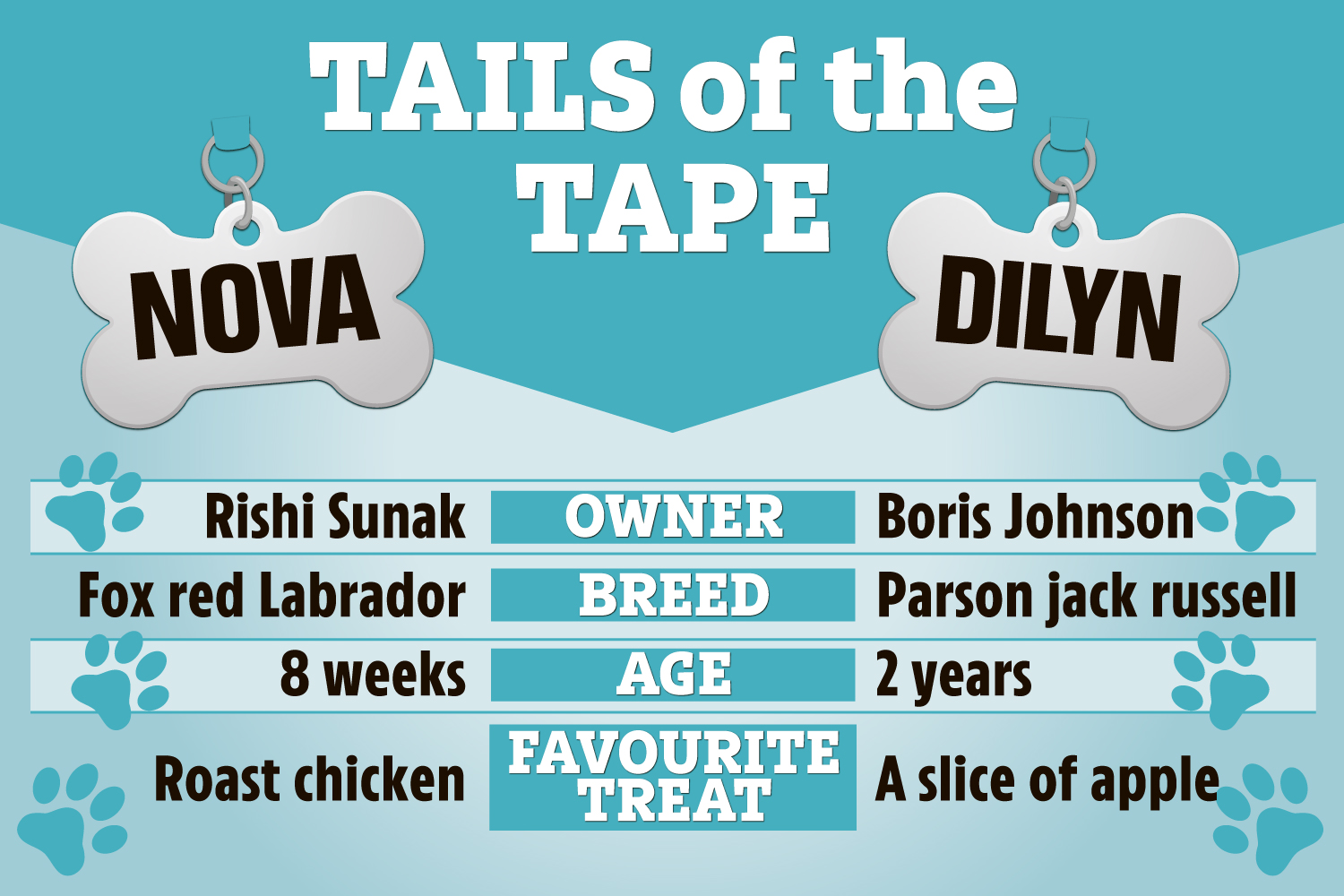 Like her owner, Nova will have to share the Downing Street garden with their number No10 neighbour.

Lively two year old Jack Russell Dilyn was rescued by Boris and wife Carrie Johnson in 2019, and has become a regular feature in official meetings and events.

Dogs now equal cats in Downing Street, in bad news for Larry the No10 cat and Gladstone the Treasury moggy. 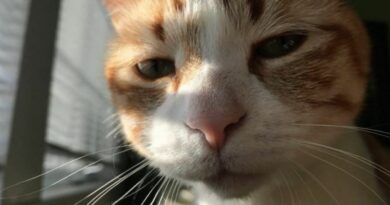