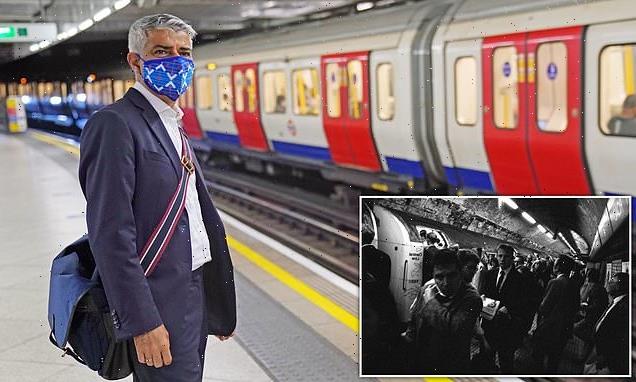 London’s Mayor Sadiq Khan is demanding more taxpayer money for buses and tubes in the capital.

He is becoming increasingly concerned about the future of transport in London after another short-term funding extension was announced.

Transport for London (TfL) said it has agreed with the Government that its existing funding agreement will be extended until July 28 so that talks can continue. 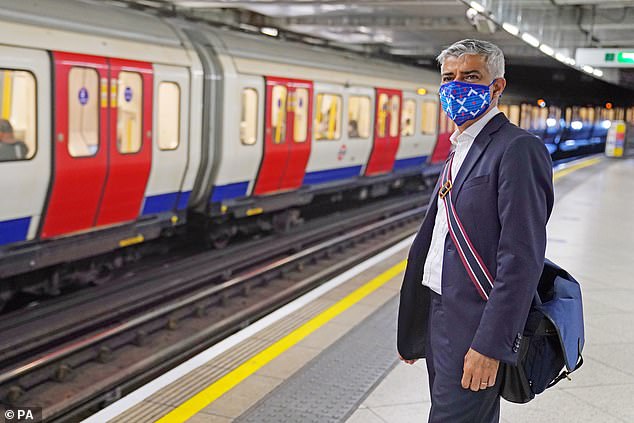 ‘It is essential London receives the sustained long-term Government funding that is vital for the coming years if a period of ‘managed decline’ of London’s transport network is to be avoided.

‘Whilst in receipt of Government support, we have worked hard to progress all conditions placed on TfL, and continue to maintain that we have met them all.

‘Working together, we must achieve a longer term capital funding settlement that ensures London’s transport network can remain reliable and efficient, can support the jobs and new homes that rely upon it and can support the economic recovery of the capital and the country as a whole. We hope these discussions can be concluded successfully soon.’

Mr Khan said: ‘This short extension is only necessary because the Government has still not put forward any proposals for discussion on the long-term funding London needs. I am growing increasingly concerned that we can’t wait any longer without serious consequences.

‘This is a £10 billion transport authority that is crucial to supporting jobs and economic growth. Without a long-term funding deal, TfL will have to prepare to make further painful cuts to London’s transport network – its ‘managed decline’ scenario.

In November last year Mayor of London Sadiq Khan released a set of throwback photos showing the sorry state of the tube network in previous decades to warn that without urgent Government investment the transport network could see significant cuts.

Transport for London Commissioner Andy Byford said that ‘without meaningful sustained investment we will see a damaging vicious circle of underinvestment and service cuts, dragging London back to the 1970s and ’80s era of an ageing, infrequent and unreliable transport network.’

Mr Khan warned that bus services could be reduced by a fifth and tube services by almost 10 per cent unless the Government steps in with an injection of funds. 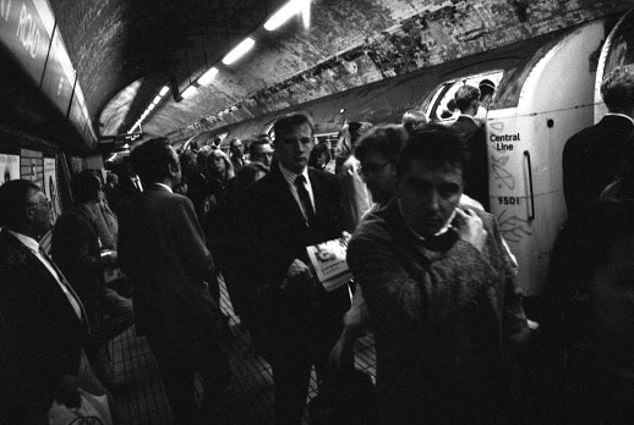 An image released by Mr Khan’s office showed glum-looking passengers getting on and off a run-down train at Tottenham Court Road in 1990. Graffiti is visible on the side of the train and the walls are free of adverts and in need of a paint job 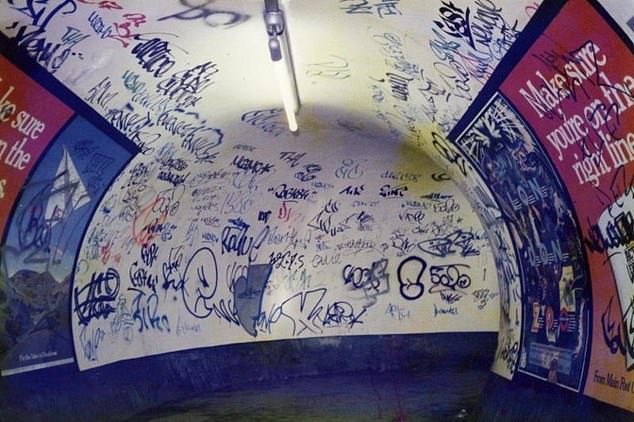 The images were released by the Mayor’s office after Mr Khan warned of the consequences if Transport for London does not get more funding from the Government. Pictured: A graffiti-covered corridor at King’s Cross in 1987

He continued: ‘The devastating impact of the pandemic is the only reason TfL needs financial support. It is now imperative that the Government urgently works with me to agree a fair, long-term funding deal that will protect London’s transport network – not just for the sake of the capital, but the whole country.’

DfT has provided £4 billion in emergency funds to TfL to cover the provider’s loss of fare revenue since March 2020.

A Department for Transport spokesman said: ‘For over two years, we’ve shown our unwavering support to London and its transport network, providing over £5 billion to keep vital transport services running and pledging over a billion pounds per year through business rates retention at the most recent spending review – all at a time of significant pressure on the national finances.

‘With the cost of living rising across the country and the Tube nearing pre-pandemic passenger levels, it’s more important than ever that we agree a settlement which represents value for money for all taxpayers while delivering for London.

‘Despite already granting one extension, TfL have been unable to provide information sufficiently demonstrating that conditions outlined in the current settlement are on track and reassure the Government that any long-term settlement will be in the interest of all UK taxpayers – we have agreed to another extension of 15 days.’ 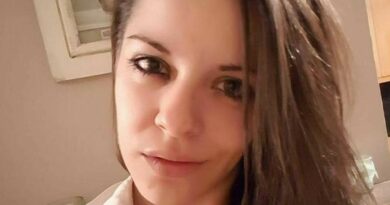