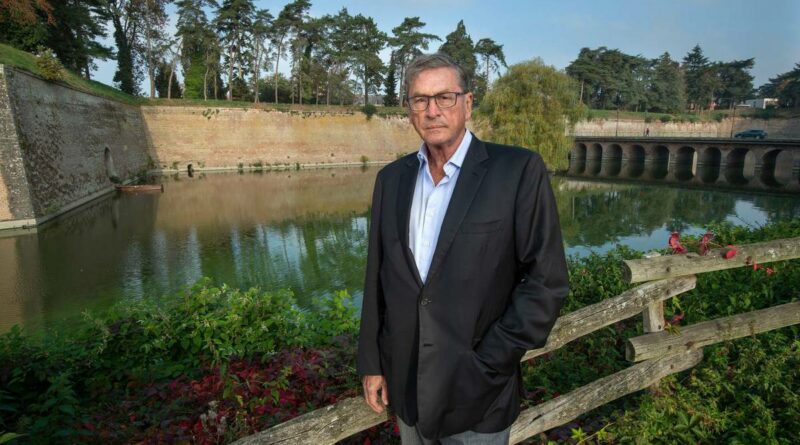 Jacinda Ardern was an already familiar figure in Britain by the time she concluded the NZ-UK trade deal with Boris Johnson last week. It’s not often that a New Zealand Prime Minister becomes a global celebrity, but Ardern’s handling of the Covid pandemic put her at the forefront of international politics.

As a pollster, I wanted to find out how far the worldwide praise for Ardern is echoed at home – and as a former Deputy Chairman of the UK Conservatives during their long years in the wilderness, to understand what this means for the National Party opposition.

I found strong support for Ardern’s decision to lockdown “fast and hard”, and appreciation across the political spectrum for her ability to speak for and to the country in a crisis. But after sluggish vaccine rollout and signs that the world is returning to business as usual, an unmistakable feeling of frustration with the Government’s strategy had begun to set in.

The move away from a “zero Covid” policy is no doubt partly an acknowledgement of that growing weariness.

Even so, Ardern dominates the scene and remains far and away the country’s most popular political figure. National, meanwhile – like the Tories while they endured the glory years of Tony Blair – have appeared divided and demoralised.

There is no substitute for hard work and patience, especially in the absence of a seismic catalyst for change on the scale of Brexit, which radically realigned party support in Britain and helped propel Johnson to his 80-seat majority.

But I did detect some straws in the wind. Voters are divided as to whether life in New Zealand is better or worse than it was 30 years ago. This is not a sign that people think the country is going to the dogs – far from it – but a nagging doubt as to whether the kind of life New Zealanders would once have aspired to as a matter of course was now attainable for any but the most fortunate.

Housing tops the list of issues facing the country, even ahead of dealing with the pandemic. Whatever the reasons for the rocketing cost of a home – new infrastructure failing to keep pace with immigration, or homebuyers being priced out by investors driven into property by low interest rates – the results are clear to people: growing inequality between those on and off the property ladder, parents worried about prospects for their children, and young people wondering at the point of trying to make a go of things in New Zealand. Some told us they felt that whether or not they were successful in life was now completely out of their hands.

Other pressures are crowding in. The cost of living was a growing problem, people told us; negotiating overloaded transport systems was a daily slog, and rising crime was becoming a frightening feature of everyday life in what was supposed to be an unusually safe society. The Starship national children’s hospital having to raise funds through TV ads was mentioned many times as a sign that healthcare was not what it should be.

Nor is Ardern herself politically invulnerable. Her saintly demeanour has so far served her well, but this was the subject of more than a few tongue-in-cheek references during our research. There is also a feeling that she benefits from very professional but tightly controlled PR. When we asked our focus groups to imagine each political party as a house, most thought Labour’s would be a normal, cheerful, comfortable sort of place – but “there would be a portrait of Jacinda in the hallway, like Mother Theresa” and the Prime Minister herself would be “in the kitchen, pretending to cook”.

The PM’s polished presentation remains an asset, but these things could start to grate as attention turns from the pandemic to delivery on the more mundane stuff of politics. The failure of the Kiwibuild scheme to come anywhere close to meeting its homebuilding targets is only the most glaring example of the gap some voters are beginning to see between empathy and results.

A left-leaning government failing to deliver on its promises while a generation wonders where its opportunities will come from ought to provide ideal territory for a pro-enterprise centre-right party like National, but there are traps for it to avoid too. The party has criticised the Government’s approach to the rights of indigenous people, crystallised in the plan for a new Māori Health Authority to work alongside Health NZ. The concern – respectable enough and shared by many New Zealanders – is that separate institutions and public services based on culture and ethnicity are more likely to divide people than unite them. But as with so much in politics, motivation is crucial: such a message must go alongside a clear determination to deal with real problems, such as serious health inequalities.

By the same token, there is no mileage for the right in trying to politicise things like transgender rights, which voters from all parties told us they consider a private matter of personal decency and social acceptance. Any attempt to put cultural issues at the forefront of party-political debate would surely backfire badly.

As anyone who was there during the Tories’ extended stint in opposition will tell you, what matters is the voters. As in the UK and elsewhere, they are willing to cut the government some slack while it deals with a crisis. But the post-Covid questions are piling up, on housing, crime, transport, health, infrastructure and the restoration of the “Kiwi dream”. Before long, the voters will be looking for answers. Parties on either side that drift off into their own marginal preoccupations will come unstuck. Parties that have those answers will be in government.

• Lord Ashcroft is an international businessman, philanthropist, author and pollster. He is honorary chairman of the International Democrat Union. Living the Kiwi Dream? Politics and public opinion in New Zealand is available at LordAshcroftPolls.com

REVEALED: The sickening number of times Ted Bundy was arrested but GOT AWAY