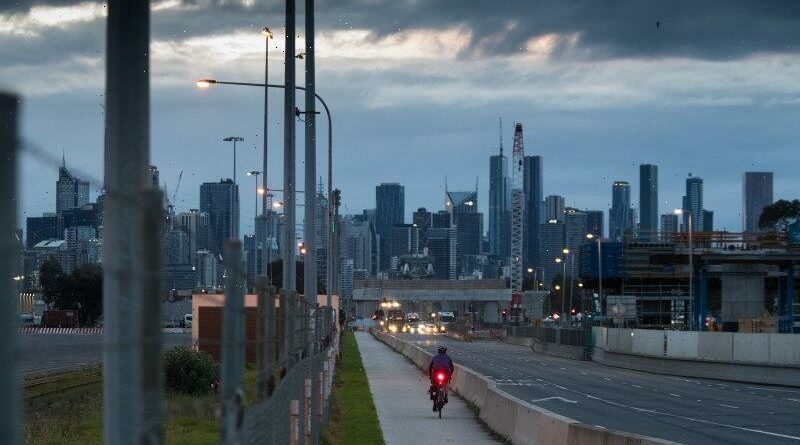 For the next four months Australians should expect to endure more snap lockdowns with experts predicting further outbreaks of the highly contagious Delta coronavirus variant.

Scientists warn suppressing Delta, which is thought to be twice as infectious as the Wuhan strain circulating last year in Victoria, is a near-impossible feat in a vastly unimmunised population. 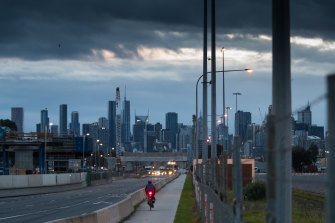 They argue each new Delta outbreak must be crushed back down to zero cases with “accelerated” public health measures, including snap lockdowns.

Victoria’s stay-at-home orders were extended on Monday after 16 infections were detected. NSW is enduring a prolonged lockdown and other states have restrictions in place as the nation struggles to contain a spread of fast-moving Delta.

University of Melbourne researcher Jason Thompson, who provided epidemic modelling to the Victorian government during last year’s second wave of COVID-19, said the extremely contagious Delta variant was a new era of the pandemic.

“With Delta, you either have no case or you have lots of cases, there isn’t much room in between,” he said. “To keep those cases to very low numbers you have to implement lockdowns even faster than before.”

Dr Thompson suspects lockdowns may be called upon more quickly and frequently to contain the virus in the coming until millions more can be vaccinated.

Rather than prolonged lockdowns drawn out over months, fast, snap lockdowns, lasting roughly a week, could be enough to curtail outbreaks if they are enforced early.

“For example, you might have five seven-day lockdowns versus one six-month lockdown,” he said.

Dr Thompson said while the same public health principles work to contain Delta, all measures must be “accelerated” as the variant had shown it could transmit even with the most fleeting of interactions and had the capacity to outrun contact tracers.

“It is like running a video at three times the normal speed than what it used to be,” Dr Thomspson said.

“Every potential vulnerability we have in the system, Delta is just more able to take advantage of that,” Professor Baxter said.

“We are going to have to continue to address the threat and lockdowns have to be part of that.”

Professor Baxter said if a new variant took hold globally, Australia would be in a far worse situation than the UK, which controversially moved to lift its remaining coronavirus restrictions on Monday, amid warnings from infectious diseases experts it may become a breeding ground for dynamics of different variants.

“We barely have anyone vaccinated,” she said. “We don’t have any natural immunity from COVID having been in our community before and now we’re dealing with the most transmissible, possibly most virulent COVID variant ever.”

Even the way we exit lockdowns has changed with Delta.

“If it is still smouldering and you release restrictions it will quickly ignite again,” Dr Thompson said. “You have to know exactly where all your cases are before you ease restrictions.”

University of Melbourne epidemiologist Tony Blakely, who has led scientific modelling that predicted what might happen in Australia under hundreds of varying scenarios, estimates the chance of going into lockdown in Victoria each time new infections of Delta arise is roughly the same now as it was this time last year.

This is in spite of significant improvements to contact tracing and widespread mask-wearing in Victoria.

Despite being in the thick of the coronavirus pandemic for more than 18 months, Professor Blakely said even he had been surprised that fleeting transmission at an AFL match at the MCG had spawned more cases.

“People are getting infected with Delta, then becoming infectious and infecting others with fleeting or minor contact, incredibly quickly,” he said.

But Computational epidemiologist Mikhail Prokopenko from the University of Sydney’s Centre for Complex Systems, warned repeated, short lockdowns were not viable long-term and Australia must aim to eliminate Delta.

“I really have my doubts [about repeated snap lockdowns] because it is so disruptive to society,” Professor Prokopenko said.

“It would be far better to try and eliminate, not just to single digits, but to zero cases like we did last year.”

He said once the variant was eliminated, uninterrupted weeks or months of economic and social activity could be used to vaccinate as many people as possible before the next outbreak.

Professor Prokopenko recently undertook complex scientific modelling that showed under the current settings Sydney could be in COVID-19 lockdown for months and that even a small drop in compliance could extend it significantly.

He suspects it may take several more weeks in hard lockdown, but NSW will eventually be able to squash its cases back to single digits.

“The numbers are growing, but they’re not growing at a very rapid exponential rate,” he said.

However, experts warn if a new variant of coronavirus leaked into Australia “all bets were off.”

In February, Dr Thompson thought Australia was finished with lockdowns, but a vaccination program beset with delays, had left the country in a dangerous position.

“Even being two months behind in a vaccination rollout during a global pandemic is an eternity,” he said. “It’s not just Delta that we should be worried about, but whatever variant comes after it.”

Stay across the most crucial developments related to the pandemic with the Coronavirus Update. Sign up for the weekly newsletter. 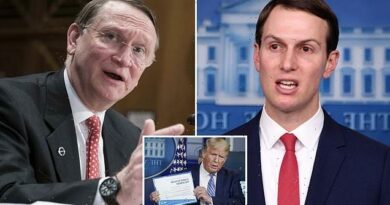