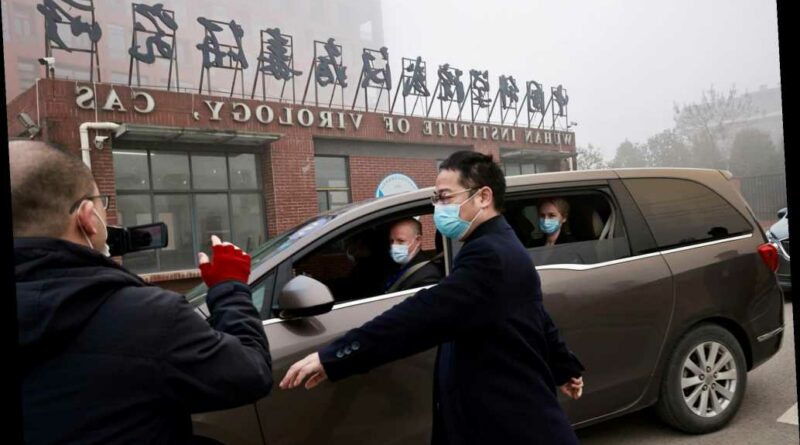 Will Team Biden ever get tough on China over COVID's origins?

On Tuesday, a long-awaited joint report from the World Health Organization and Beijing provided no answers about the origins of the virus emanating from China that has killed 2.7 million people so far. Mankind is desperate for the truth, but the Chinese Communist Party is giving the world the runaround.

Meanwhile, China is conducting dangerous laboratory research on how to manipulate viruses naturally occurring in the animal world to make them lethal to humans and to “target specific ethnicities.”

The United States and 13 other countries, including Japan, the UK and Canada, immediately discredited the WHO-China report. China had barred international scientists from collecting data, inspecting labs, scrutinizing medical records and having unmonitored talks with Chinese scientists. WHO also gave China veto power over the report’s contents.

Even before Tuesday’s release of the report, a global group of epidemiologists and other scientists panned it because WHO investigators “had to rely on information the Chinese authorities chose to share with them.”

The report argues the virus probably spread from bats to another animal species (yet to be identified, despite testing thousands of species) and then naturally leapt to humans living in the city of Wuhan.

A fluke of nature that coincidentally occurred in the only city in China with a maximum-security research lab investigating viruses. Dr. Robert Redfield, former director of the Centers for Disease Control and Prevention, doesn’t buy it. The most likely scenario, he says, is that the virus escaped from the Wuhan lab. A mountain of circumstantial evidence supports that idea.

Wuhan Institute scientists collected viral samples from bat caves, including the virus most closely resembling the cause of COVID-19. In testing the bug, the scientists infected mice that were genetically engineered to have lungs similar in some ways to those of humans.

In fall 2019, just before the outbreak, the Wuhan Institute took its virus data offline, according to the MIT Technology Review. The institute is stonewalling.

The WHO-China report dismisses a lab leak as “extremely unlikely,” calling lab accidents “rare.” That’s laughable. Our own Centers for Disease Control and Prevention has had several near misses. Viruses can leak out of labs on workers’ clothing or accidentally infect a worker. In 2018, US embassy personnel in Beijing alerted the State Department of safety problems at the Wuhan Institute, but China resisted international monitoring.

Former Secretary of State Mike Pompeo cautions that “most signs point to the Wuhan Institute of Virology as the source of COVID-19.”

Though Pompeo is suggesting an accident, Chinese researchers admit their goal is biological weapons. The United States must prepare for this threat. Biological warfare is a top priority of China’s president, Xi Jinping. Defending against it has to be a top US priority.

Yet Washington pols are complacent. The United States lacks an extensive system of surveillance testing. When labs test specimens for routine medical reasons, they should also be randomly sampling for new viruses and bacteria invisibly invading the country. That will alert the nation, instead of letting it be caught off guard and having emergency rooms suddenly flooded with patients with an unknown disease.

The CARES Act, passed last March, provides only $500 million for surveillance testing, a token 1/60th of 1 percent of the trillions spent in response to COVID this past year. Washington pols would rather spend money on favorite causes, such as performing arts centers and bailouts for high-spending state and city governments.

The WHO-China report tells us almost nothing. But the information coming out about China’s bioweapons research is a wakeup call our political leaders should heed.

Instead, some Democrats have attacked Redfield, insisting that blaming the pandemic on a lab in China “put a big bull’s eye” on people of Asian descent. That’s nonsense. Hate crimes against Asian Americans are deplorable, but the US government must not be deterred from seeking the truth about the current pandemic and future risks from China’s viral research.

Betsy McCaughey is a former lieutenant governor of New York.