Singapore: The International Olympic Committee has been accused of being complicit in the Chinese government’s alleged coercion of tennis player Peng Shuai after it held a video call with the star but did not publicly address her claims of sexual assault against a senior Communist Party official.

The call between IOC president Thomas Bach and Peng on Sunday followed weeks of rising pressure on the IOC to intervene in Peng’s case and a choreographed international release of videos of the 35-year-old by Chinese state media in an attempt to prove that she is safe. 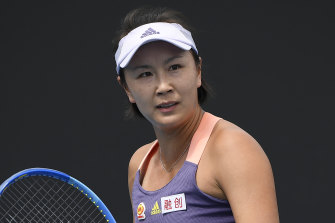 The Women’s Tennis Association has still not been able to contact the former doubles world No.1, all mentions of her name on China’s internet have been banned by censors, there has been no coverage of her situation in local media, and she has only appeared at an official event and a Beijing restaurant accompanied by minders.

The IOC said after the video call, also attended by its China representative Li Lingwei and Athletes Commission chair Emma Terho, that Peng said she “was safe and well” and she would “like her privacy to be respected at this time” but those assurances have done little to convince human rights groups or the WTA of her safety.

Former Australian footballer and human rights activist Craig Foster, who led the campaign for the release of detained Bahraini footballer Hakeem al-Araibi in 2018, said on Twitter that the Olympics were part of the problem.

“The Olympics participated in a staged interview, with the Chinese Olympic official present, as proof that all is well,” he said. 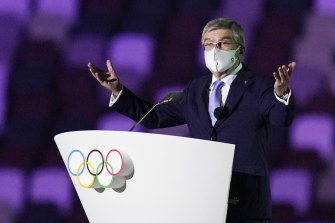 The IOC has been determined to avoid getting involved in any human rights controversy in China as Beijing prepares to host the Winter Olympics in February and momentum behind a diplomatic boycott grows.

The push has evolved out of lobbying by the Inter-Parliamentary Alliance on China, first reported by The Sydney Morning Herald and The Age in September 2020, which called for the IOC to reconsider hosting the Games in Beijing. It has now become a live issue in Washington and London as Joe Biden and Boris Johnson weigh up a diplomatic boycott of the Games.

The boycott threats were originally in response to China’s treatment of the Uighur Muslim minority and its political crackdown in Hong Kong but Peng’s treatment has also thrown the spotlight on the treatment of women in a system that does not tolerate threats to the ruling Party.

In her final post on her Weibo social media account before it was shut down, Peng accused former Chinese vice-premier Zhang Gaoli of forcing her to have sex with him while his wife stood guard outside the door.

“I know that for someone of your eminence, Vice Premier Zhang Gaoli, you’ve said that you’re not afraid,” she wrote. “But even if it’s just me, like an egg hitting a rock, or a moth to the flame, courting self-destruction, I’ll tell the truth about you.”

Chinese feminists in New York protested on Sunday and told reporters that while they were relieved that Peng did not appear physically harmed, she was “not truly free”.

Those concerns were compounded by another video released on Saturday that showed Peng dining in a private room at a Beijing restaurant. The camera operator was careful to film the date on the door on the way into the restaurant and there were five mentions of the date November 21 during the conversation between Peng and three others in the one-minute clip. 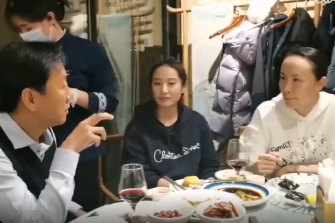 WTA chairman Steve Simon has threatened to withdraw all tennis competitions from China unless his demands to speak with Peng are met. Tennis stars Roger Federer, Naomi Osaka, Rafael Nadal are among the dozens of high-profile athletes campaigning for Peng to be able to speak freely.

Simon said the videos were insufficient proof of her wellbeing and that it was still not clear that she was free to make decisions and take actions on her own, without coercion or external interference.

“As I have stated from the beginning, I remain concerned about Peng Shuai’s health and safety and that the allegation of sexual assault is being censored and swept under the rug,” he said. “I have been clear about what needs to happen and our relationship with China is at a crossroads.” 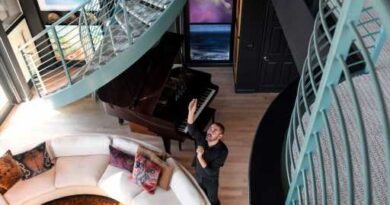 For Denver artist Jonathan Saiz, things are looking up