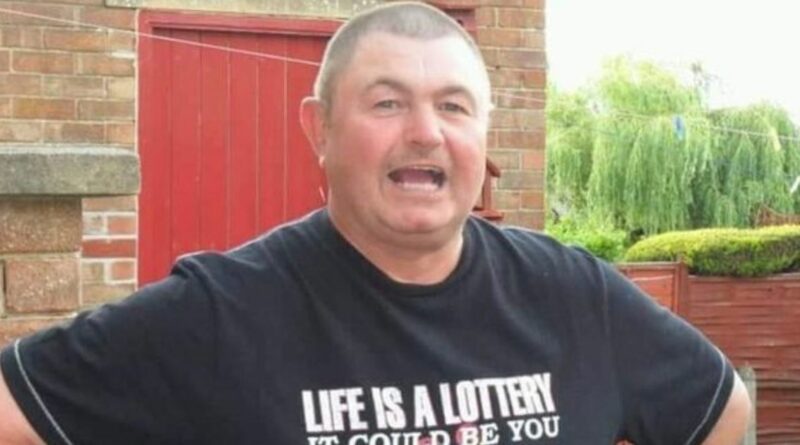 A grandad returning from Benidorm says the Government has treated him like a "dog" after receiving an empty tube for a coronavirus test.

Steve Perry, 64, and his wife Elaine, 63, jetted out to a Spanish apartment when the pandemic first hit but have been forced to fly home to Teesside due to Brexit rules.

The retired couple who were told they could no longer remain in an EU country without residency forked out 110 euros each for a negative Covid-19 test in Spain before boarding a flight back to Newcastle Airport on Sunday.

They also paid one of the Government's recommended providers – 001 Doctor UK – £182 per person to receive tests when they got back, TeessideLive reports.

For the last three days, they have been isolating in an apartment in Nunthorpe, Middlesbrough, but have not received any tests.

Government guidelines state that travellers should quarantine for 10 days and take a test on day two and day eight.

Steve said he has been sent a small tube with no swab from 001 Doctor UK, while Elaine has received nothing at all.

They fear they have been scammed and are concerned about what may happen if they don't receive any tests.

Steve, who worked as a heavy goods driver for British Steel for 35 years, said they are "worried sick".

He said: "We paid a separate company 001 Doctor £182 each to send us these tests. We can't get a hold of them, they have sent me a test but they haven't put anything in just a little tube.

"When I opened the box there is a little tube and no swab. My wife's hasn't turned up at all. This should have been here – this is day three.

"We're worried about what's going to happen, no one has given me an answer. It's the stress of trying to find these things out – nobody wants to help you.

"I feel like I have been cheated by our own country. My father and grandfather fought for this country. I just feel really angry."

Elaine, who worked for Asda in South Bank for 23 years, asked how the Government is vetting companies providing testing services.

She added: "They should have been here when we got off the plane.

"We have sat here three days and no one wants to give us an answer."

The grandparents, who are from Normanby, had an apartment in Benidorm which they would spend time in throughout the year.

When the outbreak hit in March last year, Steve and Elaine were in Spain and remained there throughout the lockdowns.

However new rules, which come into place on March 31 as a result of Brexit, mean they have had to return to Teesside.

EU laws state that Britons who have failed to apply for resident status or are rejected legal registration are required to return home by Wednesday night.

Steve said: "We have been going to Spain as we have an apartment out there.

"When covid started we had flights to come back to see my family but the flights were cancelled.

"I have not seen my grandchildren for over a year, only by Skype.

"I'm a British citizen, it wasn't my fault I was stuck out there.

"We have had to leave because of Brexit."

Government rules state that people who have not travelled into the UK through 'red list countries' should:

A Department of Health and Social Care spokesperson said: "All private providers of covid-19 tests must declare that they meet the minimum required standards, and be reviewed by the independent United Kingdom Accreditation Service (UKAS).

"We do not endorse or recommend any particular private test provider, and expect all providers to meet the necessary standards."

Boy, 9, screams as he balances on AC unit eight floors up during fire