The Queen's "favourite" grandson has been encouraged to to fill the royal gap left by Prince Harry and Meghan Markle's move to America, according to reports.

As the monarch’s youngest grandchild and the 12th in line to the throne, 13-yer-old son James, Viscount Severn, is reportedly expected by his parents Prince Edward and Sophie Wessex, to fully embrace future royal duties.

The International News reports that a palace source says young James is Her Majesty’s "favourite" grandson and has tipped him to take an active role in the family following last year's Megxit.

Tasks which would have previously fallen onto the shoulders of Prince Harry and Andrew are reportedly being lined up to add to the Wessex's responsibilities.

The palace insiders also revealed that Viscount Severn is not the only grandchild keen on fulfilling royal duties.

His older sister, Lady Louise Windsor, is said to have "come out of nowhere" ahead of her 18th birthday in November this year.

“Louise has come out of nowhere and proven herself mature, diligent and ready to work – it rather reminds the Queen of her daughter Princess Anne, who’s all about duty,” said the source.

They added: “Apparently since Edward and Sophie have had to take on more since Harry and Meghan departed, and Andrew was removed, their daughter has been inspired to step up and help alongside her parents,” they went on to say.

Meanwhile, The Sun also cited a source saying: “The Queen loves the fact that Louise and James relish their time at Balmoral, and she has become particularly close to Louise, who seems to have become her favourite grandchild, closely followed by James.”

This week Prince Edward and his wife Sophie, Countess of Wessex took part in a joint royal engagement together over video call.

From the comfort of Bagshot Park in Surrey, the couple were given a virtual tour of Forfar in Angus, Scotland on Wednesday.

During the call, Sophie and Edward asked frontline workers and volunteers about their efforts during the pandemic. 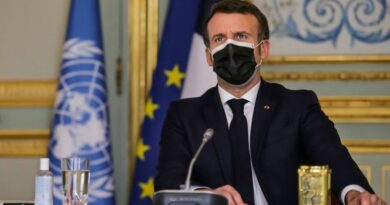