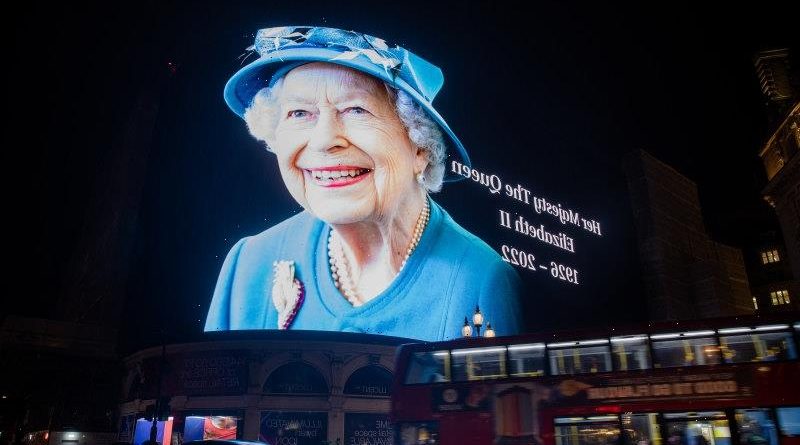 Australia woke this morning to news that Queen Elizabeth II had died, aged 96. Since then, tributes have been paid by world leaders, celebrities and those who knew her majesty. Readers have also been reflecting on what the Queen means to them.

I had the privilege of meeting Her Majesty at a garden party at Government House (Sydney) when I was a young journalist at Radio 2GB. The Queen noticed the logo on my microphone and saw other journos near me holding mikes bearing the logos of competing stations (2UE and 2WS). After introducing myself, Her Majesty quipped: “I see you’re consorting with the enemy, Colin”. I will always remember her radiant smile and send my condolences to the royal family and all those who admired Queen Elizabeth II. – Colin Tyrus

I have loved the Queen ever since I was a little boy going to school in Baradine. We would sing God Save The Queen while looking at her picture on the wall. Those memories have never left me. She loved this country and we loved her back. Today is an incredibly sad day. Rest in peace, Your Majesty. – Ben Zoffman

For someone who early in life stated a desire to become “country lady with lots of horses and dogs”, her late majesty Queen Elizabeth II certainly took to her responsibilities as Queen with dedication, humour and aplomb. Let us not forget, however, that beyond the role of head of state, she was also a mother and grandmother, and it is to Her family most of all that my thoughts go out to today. May she rest in Peace. – Aydan Casey

She was like a family member. She was one of the strongest women we will ever know she will be missed Briton will not be the same ever again. – Sue Cosford

Although I did not know the Queen personally, it was comforting to know that we had a strong woman leader, who was courageous and kind. She made a long-lasting impact on many lives, and I know that we will miss her deeply as a country (Australia). Many have been touched by the spirit the Queen held. In a world filled with much despair, she managed to fill it with a spark no one else could. I send my deepest regards to the royal family, and am thinking of them during this unfathomable time. – Violet 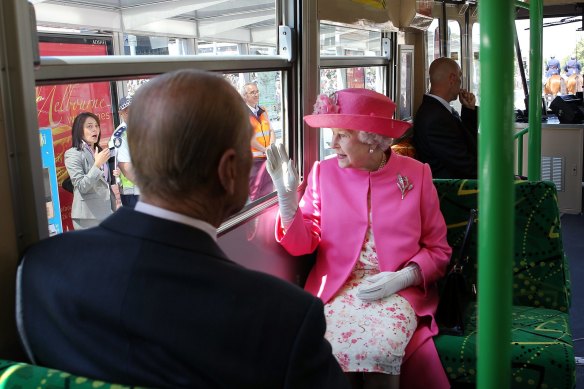 On a visit to Melbourne the Queen rode the tram from Federation Square to Government House.Credit:Fairfax Archives

She was an amazing lady. I remember seeing her at Town Hall Sydney in 1954. I was four. May she RIP. – Gayle Byrin

With grace, dignity and kindness will this extraordinary and much loved monarch be remembered always. – Aubrey Seknow

I remember being in North Sydney park as a school child, to welcome the Queen on her first visit to Australia. It was a most exciting day. Since then, I have been inspired by her resilience in the face of adversity, her service to her country and the Commonwealth, and her humility, leadership, and humanity. Rest In Peace your majesty. – Carmel Brooks

I stood on the banks of the Thames at Tower Hill for the Queen’s Diamond Jubilee in 2012. The rain tumbled down but the crowds were massive, watching the Queen at the head of the river pageant. It was such a joyous, momentous early June day. To my surprise, just over two weeks later, I had the opportunity to meet her majesty at Royal Ascot as she fawned over Black Caviar, the unbeaten Australian mare who had just won the Diamond Jubilee Stakes. Her knowledge of horses and of racing was as good as any person I have met and she fondly recalled her 1997 Melbourne Cup runner Arabian Story. Today is a very sad day – as an Australian, as a racing fan, as a global citizen. The world as we know it is simply not the same without Queen Elizabeth II at the helm. – Andrew

She was one of the few people of high office in this world, who made a promise early in her life and through a deep sense of duty kept it right until the end of her life. – Veronica Ranyard

Heart-wrenching to hear of the much loved and admired Queen Elizabeth. She has served her country with such dignity and grace and was much loved world wide. Now she will be with her beloved husband Prince Philip and will continue their journey side by side. God Bless her majesty for her devoted service, who never faltered or complained of her service to her country. Passing in her beloved Balmoral Residence. Forever remembered. – Mari Rothbauer

For the entirety of my life she was Queen, she will always have a place in my heart. – Lixxie

A gracious, poised, hard working and dedicated person who optimised the principle of service to humanity. – Diane Fitzmaurice

Born in 1963 I have only ever known of life under the Queen. At primary school we sang God save the Queen at morning assembly and as an adult I went to serve in the Royal Australian Air Force. She has and always will be a piece of my heart, an idea of humble yet great love and humility, and an icon of a kinder and more gracious generation who lived a life of service. RIP. – Steve

For me, the queen epitomised stability, duty and grace. She was such a constant in our ever-changing world. In some ways I dread a world without her. Although I know she lived a privileged life, I am grateful for the way she handled herself and the example she gave amidst a world that is crumbling. I hope that Charles can draw everyone together the way she has. I am thankful for the way she died – with dignity to the end. She was a great gift to the world. – Vicki Hosking

The most extraordinary woman of the 20th century. – Peter Bartley

The world has lost its brightest beacon. She was an exemplary example of how a leader should behave. A huge contrast to some of the world’s recent politicians. Truly selfless and often the institution of last resort. We all owe her a massive debt, which can only be repaid through service to others. – Marg Shonk

Farewell. At the last setting of the sun each day, may we continue to remember you fondly for the gracious joy and service you have given to all. – R Chee

Our universal grandmother is gone to join her great love. How beautiful to watch their gracious lives unfold and hold them in our hearts for so long. – Beth

No matter what turmoil existed in the world the Queen was a stable and calming influence. We grew up with our Queen and even though she was in a distant land we sang God Save the Queen at every assembly. It is a sad day for the world. Rest in Peace dearest Queen. – Geoff Stewart

Ryanair pilots will stage fresh round of strikes over several days 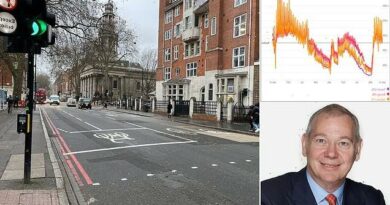 Hospitality boss warns working from home is devastating the sector