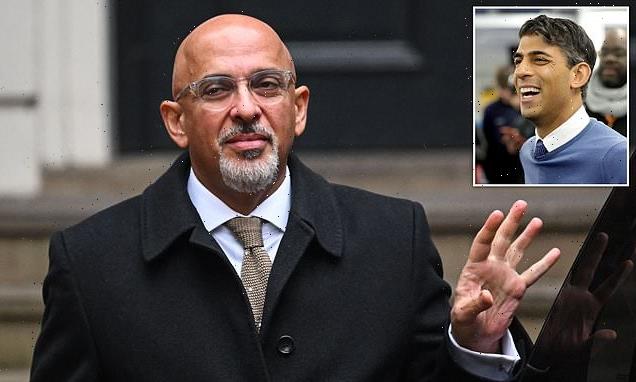 Rishi Sunak will run the gauntlet of PMQs today as the row over Nadhim Zahawi’s multi-million pound tax settlement rages.

Mr Sunak is bracing to be grilled by Keir Starmer over what he knew about the Tory chair’s dealings with HMRC, and when.

Mr Zahawi has insisted he has no intention of quitting and welcomed the prospect of an investigation by the PM’s independent adviser.

But the Commons clashes – and the hours immediately before them – could prove a moment of truth for Mr Zahawi, as Downing Street gauges whether it can hold the line.

Meanwhile, there are growing questions about the role of the civil service, with claims that successive PMs were not notified about the nature of Mr Zahawi’s dispute with the taxman. 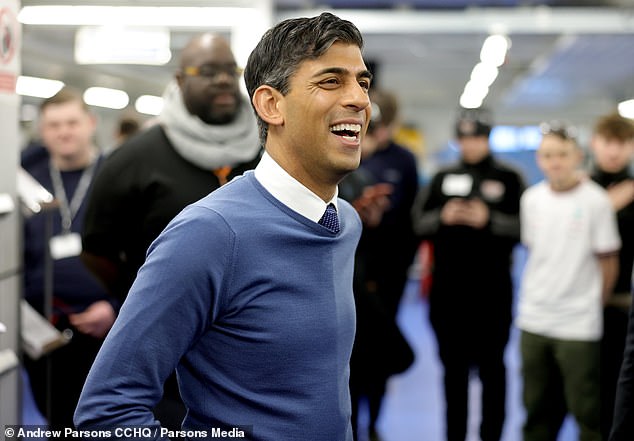 Rishi Sunak is bracing to be grilled by Keir Starmer over what he knew about the Tory chair’s dealings with HMRC, and when 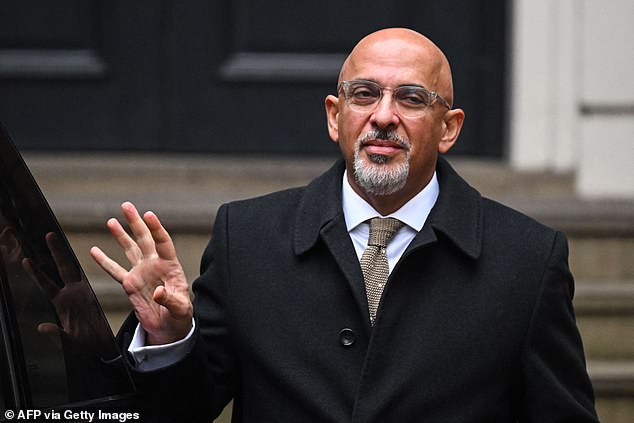 Mr Sunak has admitted there are ‘questions’ that needed answering about what happened between Mr Zahawi and HMRC.

The row has also been fuelling unrest on Conservative benches with a grim poll showing Mr Sunak’s personal ratings have tumbled over the past week.

Former minister Caroline Nokes has said that Mr Zahawi should stand aside from his role while the standards inquiry takes place.

No 10 said new ethics adviser Sir Laurie Magnus will focus on Mr Zahawi’s ministerial declarations, but it could extend to his prior tax arrangement.

The row erupted with reports that Mr Zahawi agreed to pay a ‘penalty’ of more than £1 million as part of a £5million tax settlement with HM Revenue and Customs .

Allies of Mr Zahawi do not dispute that he was fined over the huge tax bill, but insist he had been ‘careless’ over his financial affairs rather than deliberately seeking to dodge tax. Mr Zahawi has said he is ‘confident I acted properly throughout’.

The tax settlement related to a stake in the polling firm YouGov, which he founded before entering politics.

It was agreed during his brief stint as Chancellor last year – when he was in charge of the country’s tax system.

There are claims that the dispute resulted in Mr Zahawi being denied a knighthood in the New Year’s Honours list. 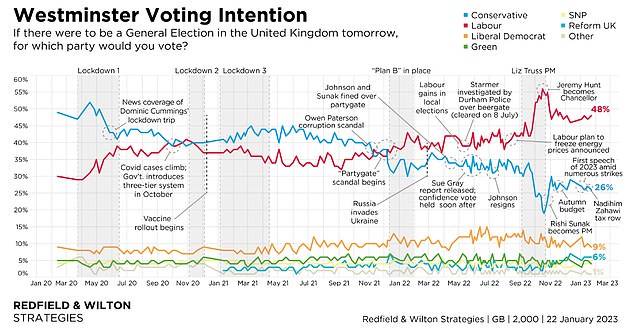 A grim poll showed Mr Sunak’s personal ratings have tumbled over the past week, with Labour 22 points ahead

However, No10 said yesterday that Mr Sunak had not been informed of the row when he appointed Mr Zahawi as Conservative Party chairman in October.

Ms Truss appointed Mr Zahawi as Cabinet Office minister in September without his tax affairs being flagged, according to The Times report.

In October, he was a contender alongside Jeremy Hunt to become Chancellor but again officials apparently did not raise concerns.

When Mr Sunak became PM later that month, he was also not informed about Mr Zahawi’s recent tax settlement.

The lack of warning has sparked questions over the role of Cabinet Secretary Simon Case.

One source told The Times that Mr Case was not aware of the situation because he had not been told by HMRC.

Another said that the proprietary and ethics team which scrutinises ministerial appointments was unable to deal with the situation in the face of a string of scandals within the government. 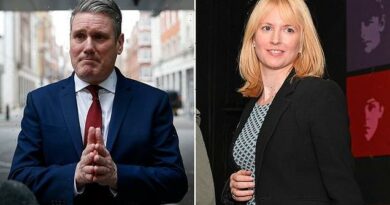