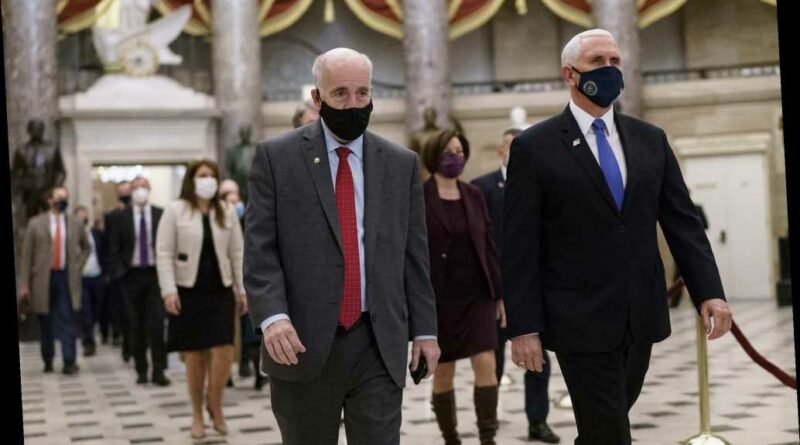 “Today I requested and received the resignation of Michael Stenger, the Senate Sergeant at Arms and Doorkeeper, effective immediately,” McConnell said in a statement.

McConnell said Stenger will be replaced by Deputy Sergeant at Arms Jennifer Hemingway.

“I thank Jennifer in advance for her service as we begin to examine the serious failures that transpired yesterday and continue and strengthen our preparations for a safe and successful inauguration on January 20th,” McConnell said.

Once inside the Capitol building, some rioters gained access to both chambers of Congress.

Others pilfered and vandalized offices, including those of House Speaker Nancy Pelosi.

Earlier Thursday, Pelosi had announced that House Sergeant-at-Arms Paul Irving was resigning in response to the attack.