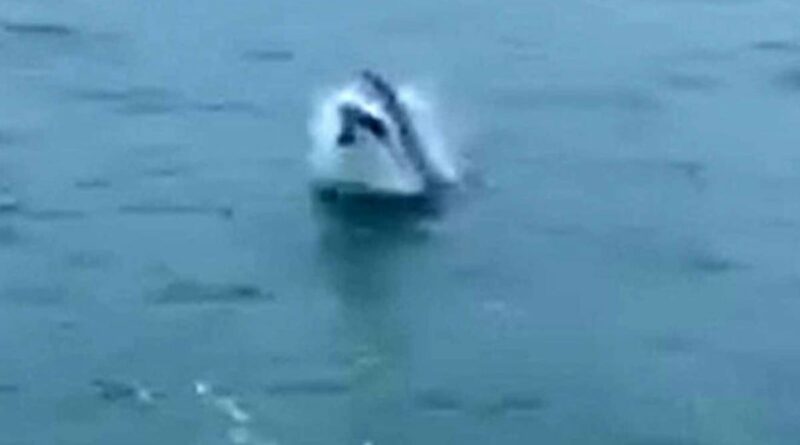 After another shark sighting close to shore in the Bowentown area, a leading shark scientist says he would not go swimming in the area.

A Waihī fisherman had an up-close look at the speed and power of a great white shark on Monday evening.

Josh Lonergan was fishing on a boat off the coast of Bowentown, less than 1km from Anzac Bay, when he spotted the shark chasing a fish he was reeling in.

“I was getting a feed of trevally and snapper,” he said.

“The last trevally I caught, I had a shark chase it in. I had a kahawai there so I chucked its head out on a bit of light line and got the camera ready.”

Having the camera-ready paid off as Lonergan was able to capture footage of the impressive shark leaping out of the water.

“I was pretty speechless,” he said.

“It’s pretty usual but you never get it in that harbour and never get it on video. It was a great white for sure, 100 per cent. it was probably three or four metres long at least. I’ve seen some big sharks but that one made them look pretty small.

“It was pretty close to the bay – with Easter weekend coming I hope nobody’s bloody swimming.”

The area has been a hot spot for shark activity in recent months and a leading shark expert has said he would not be going swimming there in a hurry.

In early January, Hamilton 19-year-old Kaelah Marlow died in a shark attack at Bowentown. It is understood she was dragged from the water alive after the attack and paramedics administered CPR on the beach to no avail

There have been multiple sightings and captures of great white sharks in the area since. Lonergan’s girlfriend Holly Manukonga reeled in a baby great white at Bowentown’s Cave Bay in November last year.

Once they had reeled it in, they released it back into the ocean.

Shark scientist Riley Elliott said he would not encourage swimming in the area, especially before proper research had been done on the growing number of sharks there.

“I personally wouldn’t go swimming in the Bowentown area,” he said.

“There’s obviously a lot of great whites there and that’s just out of pure respect for a predator.”

Elliott said harbours and estuaries were predominantly used by bronze whalers as nurseries over the summer months.

“The females can breed and then drop their pups in these shallow, warm, safe areas with small food, that’s why it’s called a nursery, it’s a good place to leave their young,” he said.

“That goes for all animals and when you have years where those nurseries are good, a lot of these babies survive and you have a plethora of food right throughout the food chain. That in itself can lead to the top of the food chain and in this particular area, great whites.”

Elliott said the real point of interest was whether these great whites were there all the time, where they came from and what the future looked like.

He appealed to the Department of Conservation for permission to launch a project investigating great white shark distribution in the northeast of the country in November last year but has been told his application is still being processed.

“Great whites only have five babies every 18 months to three years so it’s not like it was just a great summer and the great whites all of a sudden boomed – there’s a bigger and more important question given the fatality and these increased sightings.

“I’ve personally identified over a dozen individual great whites from all of the public sightings, whether it be video or photos from boats or sharks that were captured, it’s not just one great white.

“While it’s fun to have sightings for people who are safe on a boat, I have a multitude of friends who live in the Mount or Waihi who surf and dive and swim like I do and they’re scared.

“They ask what they should do and you can’t give answers until you’ve researched it. I can tell you, people are going to have great whites in the back of their minds when they go swimming there.” 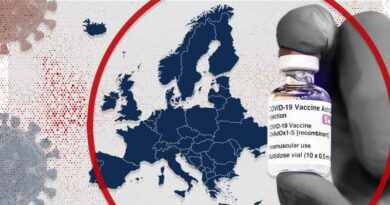 COVID-19: What EU leaders said about AstraZeneca vaccine – and the data forcing a rethink

‘Kim’s not dead – yet’: Expert thinks North Korea’s leader is alive – for now