SHOCKING details and pictures from the Jodi Arias murder case will be revealed in a new TV show investigating the brutal killing of her ex-lover.

Arias, 41, is serving a life sentence for stabbing Travis Alexander 27 times, slitting his neck, and shooting him in the head in his own bathroom in June 2008. 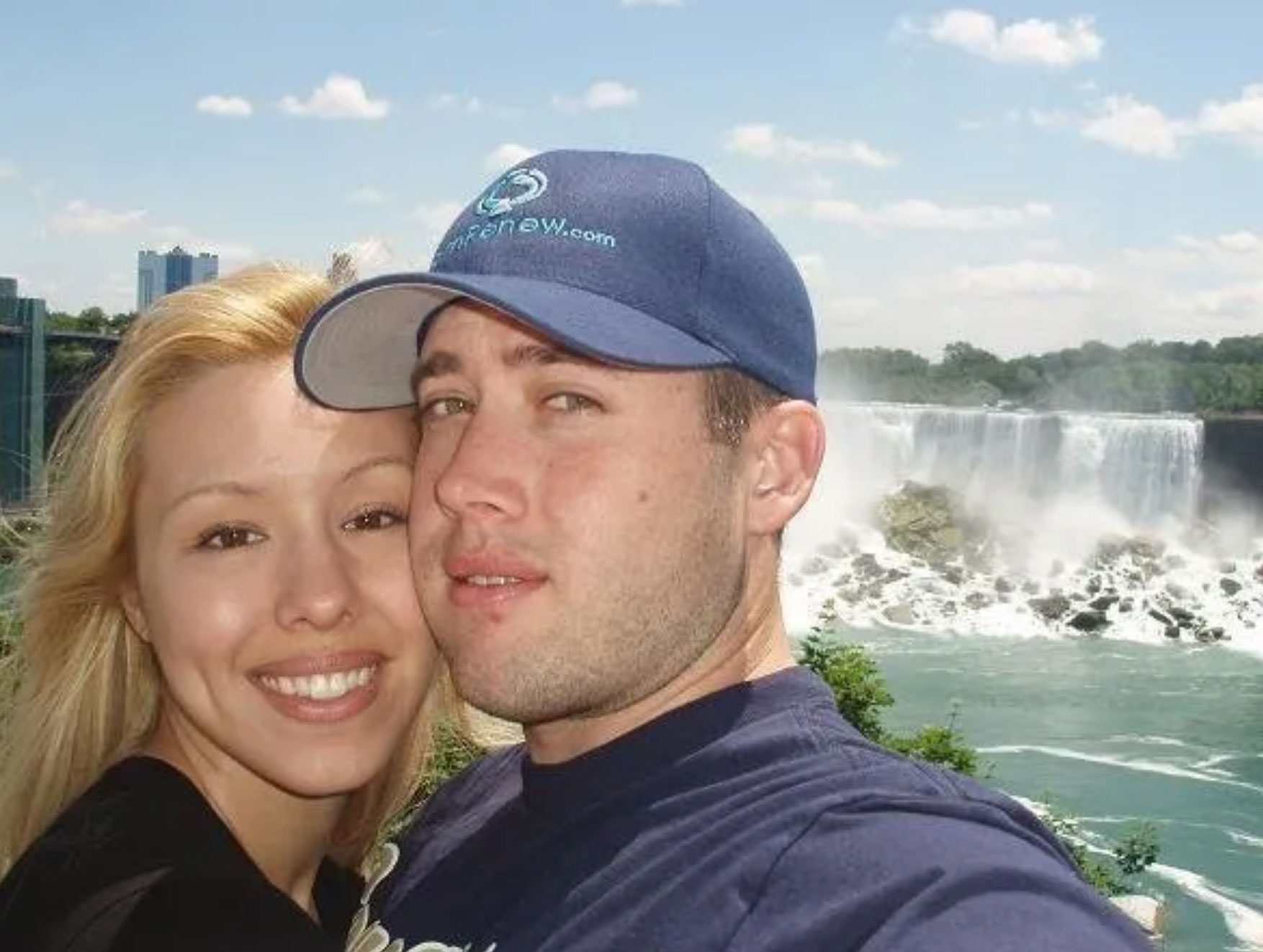 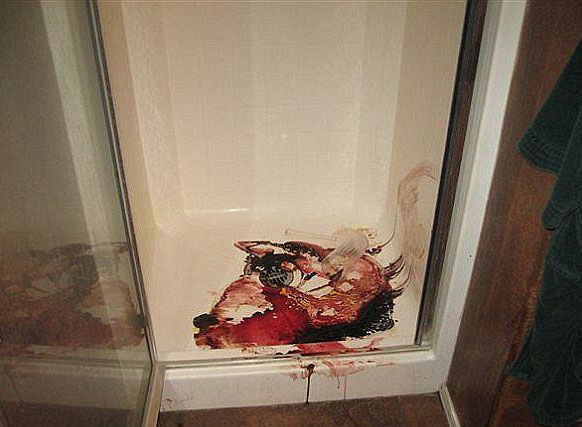 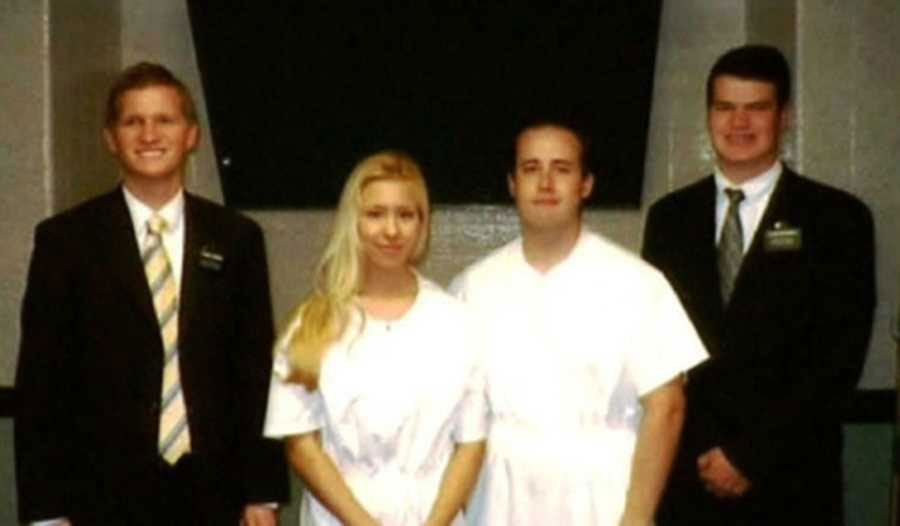 The couple had been dating for five months before splitting up the previous year because Alexander reportedly felt guilty about the sexual nature of their relationship as a devout Mormon.

However, they had reportedly stayed in contact with each other and a camera found in the washing machine in his Arizona home after his death revealed pictures of them having sex on June 4, the day he was killed.

The last pictures of him revealed at trial were of Alexander naked in the shower.

Moments after, photos showed him bleeding on the bathroom floor with blood gushing from his throat.

In a new episode airing on Thursday, Taking the Stand will look back at the unprecedented 18 days Arias took the stand to claim that she was acting in self-defense in Alexanders' murder.

As she faced the death penalty, Arias had claimed that Alexander, a 30-year-old salesman and motivational speaker, was possessive despite her own reported obsession with her ex.

The jury convicted her after being shown pictures of the bloodstained towels that she had allegedly attempted to clean and the bathroom covered in Alexander's blood after his brutal slaying.

When friends found Alexander's body after becoming concerned for his welfare, they immediately pointed toward Arias who he had reportedly said was stalking him.

Yet Arias, then 26, at first denied having seen Alexander on the day that he died, then claimed two men had killed him in a home invasion, before changing her story again to self-defense.

The pair met at a PrePaid Legal Services conference in Las Vegas, Nevada in September of 2006, while Alexander worked as a sales rep for the company.

He reportedly became quickly smitten with the beautiful and seemingly carefree, aspiring photographer.

Arias and Alexander began dating in early 2007 and she moved from California to Mesa, Arizona to be closer to him.

In an email to a friend at the time, Alexander shared his strong feelings for Arias.

"I went from intrigued by her to interested in her to caring about her deeply to realizing how lucky I would be to have her as part of my life forever. … She is amazing. It is not hard to see that whoever scores Jodi, whether it be me or someone else, is gonna win the wife lotto," he wrote.

Their relationship rapidly developed, with Arias even deciding to be baptized in the Mormon faith in order to be closer to Alexander, but it wasn't long until cracks started to show.

She then relocated back to California to live with her grandparents but continued a long-distance relationship with Alexander.

Both would take turns visiting each other from state to state for nearly a year and a half.

Arias became increasingly possessive to the extent that some people warned Alexander they feared she was dangerous.

According to several of Alexander's friends, Arias would follow him to the bathroom and wait outside the door; eavesdrop on his conversations; and forward his private emails with other people to herself.

But that was just the beginning.

"I said, 'Travis, I'm afraid we're gonna find you chopped up in her freezer.' … From very early on, she was completely obsessed with him," her husband Chris Hughes said.

On one occasion, Hughes was present when Alexander caught her eavesdropping on him, from behind a closed door.

"There was a rage in her eyes. … Sky and I are very frightened at this point. She might burn down our house, you know, with all of us in it," Hughes said.

Hughes said that Alexander still struggled and suffered from guilt over the fact that he and Arias were having sex because his religion prohibited it.

"They're both sinning in the eyes of his church. Travis wanted to marry a virginal, pure Mormon girl, and by having sex with him, Jodi eliminated herself as ever being marriage potential for Travis," said Shanna Hogan, an author and journalist who wrote the book "Picture Perfect: The Jodi Arias Story."

The two eventually split up in 2007 but kept in contact.

Arias claimed she ended the relationship because she didn't trust Alexander, and she later alleged he was a sexual deviant who physically and sexually abused her.

Alexander had asked Arias to join him on a work trip to Cancun in June of 2008.

Shortly before the trip, Alexander changed his mind and decided he would take a female friend in the place of Arias.

On May 28, Arias’ grandparents' home was burglarized – one of the items that was stolen was a .25-caliber automatic Colt pistol which was never recovered.

Arias tried to get a hold of Alexander on June 2, but he did not answer.

The two eventually spoke for about 18 minutes on one phone call and on a second that lasted 41 minutes.

She set out in the early hours of the morning to drive south to rent a car for a trip to Utah.

That same day she rented a car at Budget Rent a Car in Redding, California, and by June 3, she was driving to Salt Lake City.

Alexander was supposed to be at a conference call on June 4 but missed it.

Arias went to business meetings all throughout – she had dyed her hair from blonde to brown and had various cuts on her hands, as her coworker Ryan Burns testified during her trial in 2013.

She drove back to Redding and returned the rental car.

The clerk noticed red stains in the seats and missing floor mats but no verification could be made to tie Arias to the mats or stains.

On June 9, Alexander’s friends became concerned after not hearing from him and went over to his apartment to check on him.

His friends entered his bedroom and discovered large pools of blood in the hallway, only to later discover his body in the shower.

Alexander was shot with a .25 caliber round.

He had been stabbed at least 27 times and shot in the head. His throat had been cut ear to ear and he was almost decapitated.

Cuts on his hands suggested he had tried to defend himself.

His friends immediately dialed 911 and pointed out Arias as a suspect, citing that Alexander had mentioned she would stalk him, hack his Facebook, and had previously slashed his tires.

"A friend of ours is dead in his bedroom, we hadn't heard from him for a while," a woman identified as Marie Hall said. "We think he's dead. There's lots of blood.

"His roommate went in and there's blood in his bedroom, behind the door and all over, then they went in the bathroom and it's all in the shower."

When Mesa Police detective Esteban Flores arrived on the scene, he told "20/20" that blood was everywhere.

They also found DNA linking Arias to the crime scene.

She was accused of violently attacking Alexander in a jealous rage after he wanted to end their affair and planned a trip to Mexico with another woman.

Arias was ultimately convicted of first-degree murder and sentenced to life in prison without parole.

She's incarcerated at the maximum-security unit of the Perryville prison for women in Goodyear, Arizona.

Prosecutors had sought the death penalty but didn't secure enough juror votes to achieve it.

At the time, Arias expressed her preference for execution.

“Death is the ultimate freedom,” she said during a television interview after the verdict.

“I’d rather just have my freedom as soon as I can get it.”

Taking the Stand: Jodie Arias will air on Wednesday night. 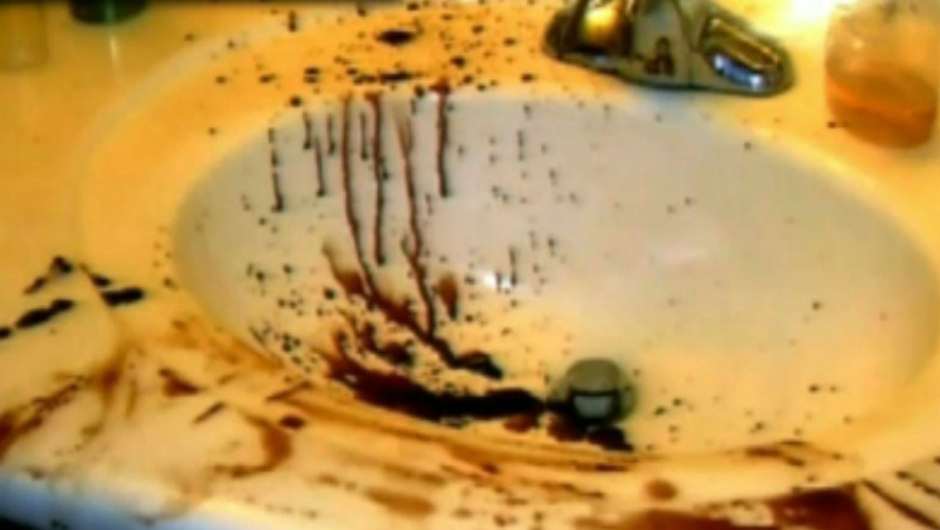 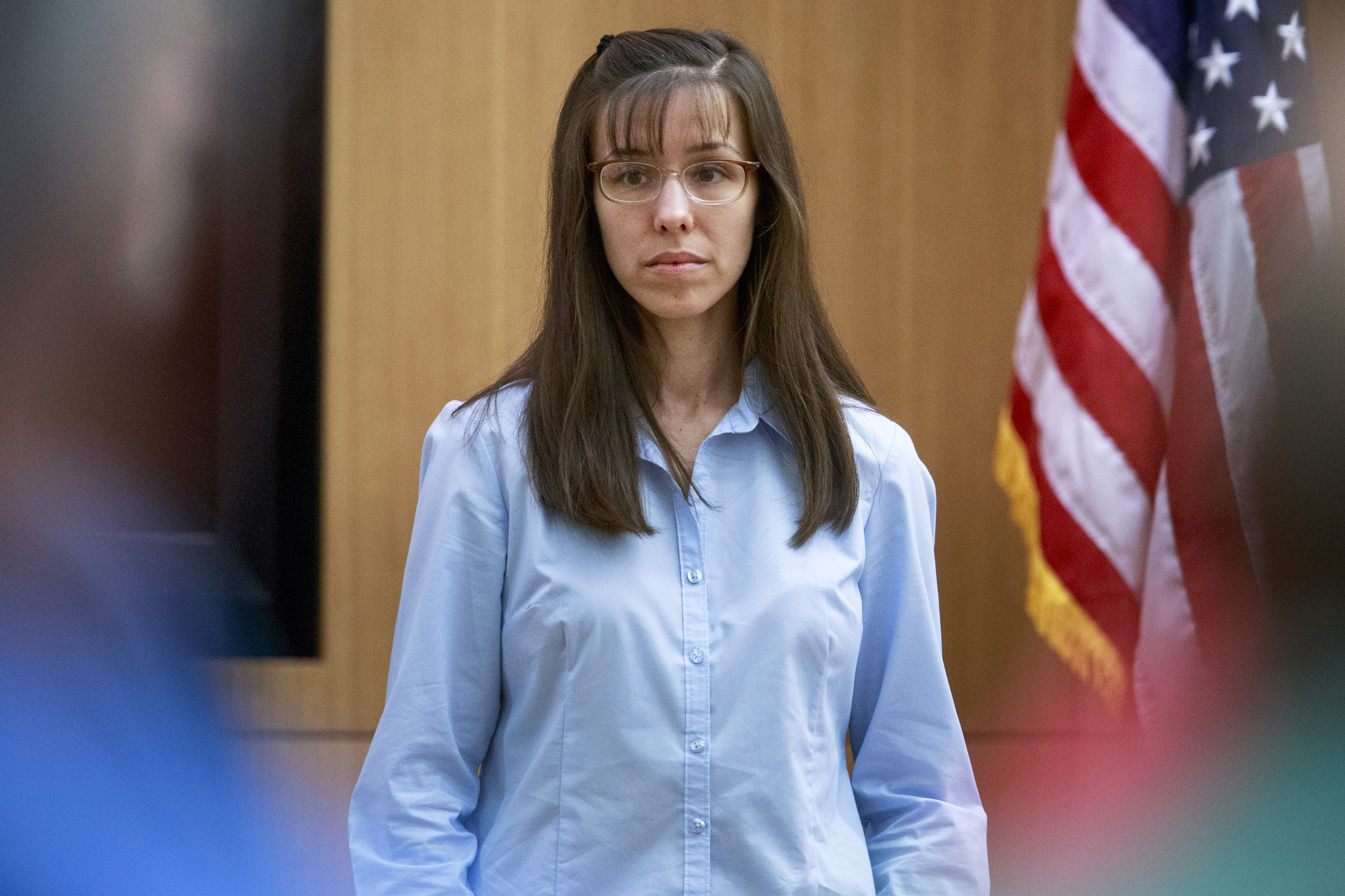 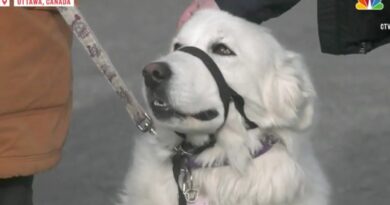